Alexander ‚Sandi’ Kuhn (born 1981) is a german jazz saxophonist and composer, currently living in Stuttgart in the South of Germany.

2011/2012 he moved to New York City to pursue a masters degree at Aaron Copland School of Music. He studied with a lot of great musicians such as Michael Mossman, Antonio Hart, John Ellis and David Berkman who helped him to further develop as an artist.

Alexander Sandi Kuhn is currently teaching jazz ensembles and improvisation at State University of Music and Performing Arts in Stuttgart. 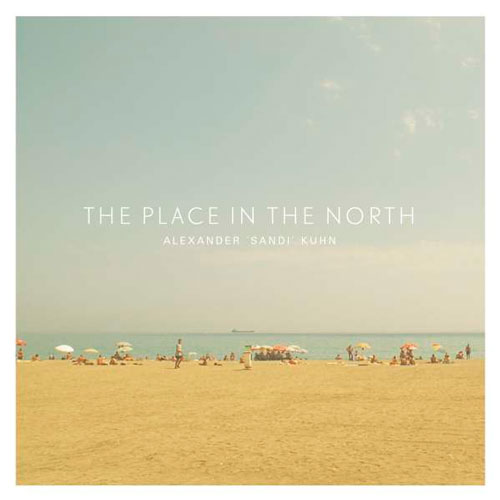 Alexander ‚Sandi’ Kuhn - The Place in the North

True to the motto 'the good things come to those who wait', Alexander Sandi Kuhn took his time for his new release and now presents the essence of his artistic work on 'THE PLACE IN THE NORTH'. As with his previous albums ('Being Different' and 'The Ambiguity of Light'), the multi-award-winning saxophonist (including the Landesjazzpreis Baden-Württemberg 2013) remains true to his compositional handwriting on the new release and combines his American and European influences in a multi-faceted way.

"... delicate, coherent sounds of almost magical pull." (Jazzpodium on "The Ambiguity of Light")

Kuhn writes 'songs' in the true sense of the word. Pieces with strong melodies, clear structures and finely worked out harmonies. Pieces with soul, depth and recognition value. By no means pleasing jazz entertainment, but neither is it over-intellectual art music. The same qualities are reflected in his saxophone playing. In his improvisations, Kuhn is always on the lookout for melodies and motifs from which he develops musical stories carried by his warm and human sound.

"You follow his solos from the first to the last note, also because you have the feeling that it is all felt that way at that moment." (J. Schwab, Hessischer Rundfunk)

While his last album was still conceived as a New York snapshot, Kuhn collected the material for the new silver disc over a longer period of time and documents his musical work of the last few years on it. 'THE PLACE IN THE NORTH' is a tribute to a magical place in the north of Israel where Kuhn, inspired by the tranquillity and beautiful nature, was able to tie up the last loose ends for his project. The Place in the North' and 'Untitled Beauty', the last two of the nine tracks on the new album, were also written there.

He recorded the album with his long-time musical companions Jens Loh on double bass and Axel Pape on drums. Both have been the rhythm section for Kuhn's national and international projects for almost ten years. The quartet is completed by the Cologne pianist Volker Engelberth, who has established himself as a constant in the German jazz piano scene in recent years. As a permanent band, the four musicians have played a large number of concerts in recent years and have worked together on the pieces for the new album. Listen for yourself.