The passion of the musician and composer Anna-Lena Schnabel (born 1989) is the saxophone and the flute. This also as a lecturer for jazz flute at the University (Ifm) Osnabrück.

In her career she was able to participate in recordings with renowned musicians. A selection: Thomas Morgan, Dan Weiss, Dominic Miller, Lars Danielsson, as well as the NDR Big Band. On stage she has performed with Kenny Wheeler, John Taylor, Maria Joao, Greg Osby, Jiggs Whigham, Nils Landgren, Edward Perraud, Frédéric Maurin, Sammy Deluxe, among others. She played in the Bundesjugendjazzorchester (''BuJazzO") and as a soloist with the Hamburg Symphony Orchestra. Performances at festivals: JazzBaltica, Elbjazzfestival, Jazzfest Berlin. Numerous tours at home and abroad have made her internationally known.

Anna-Lena Schnabel works compositionally on a fusion of familiar and unusual sounds to create her own music. This music does not prefer any particular musical idiom and can unfold in any stylistic direction. The starting point in her search for a new jazz is her jazz quartet, whereby the saxophonist expands or reduces the spectrum of the sound bodies. The various sounds and influences eventually intertwine to form melodies that may intuitively reveal themselves to the listener. Her emotive linguistic playing, the emotional and energetic improvisations of the musicians involved, further enliven the compositional work. 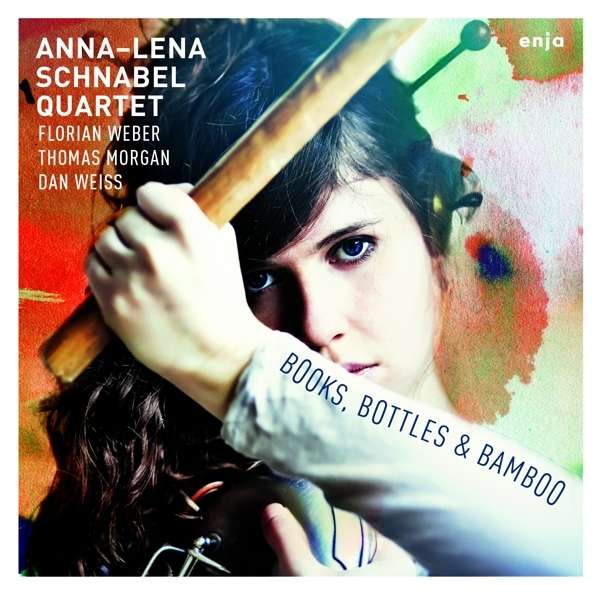 A few selected titles:
Freedom from Burnout & Luggage.
Burnout. Yes, title and music come into agreement. Wild, unruly, with a lot of drive. If no analog accordion is involved, the keyboard is tuned that way. Into this analog-digital sound, which is generated by the massive drums with the rough bass, the sax of Anna-Lena pushes her sequences: mercilessly expressive and uncompromisingly "free" as far as melody lines and harmonic timbres are concerned. The rhythm section wants to and can show that an energetic way of playing à la Burnout is also possible with drums and bass. They succeed in this.

Drunken Books
This track is a bit calmer, without giving up the character of longer and free statements. Almost throughout, a strongly atonal style of playing in the improvisations sets unmistakable markings and acoustic bookmarks in these Drunken Books - with a drunken slant in the solos.

Toy & Peace
There you go, seems to work after all. Somewhat quieter tones also take hold of the musical space, but without endangering the freedom of the atonal figures or even flirting with traditional harmonies for more than a short time. Strangeness is not.

"Books, Bottles and Bamboo" is not an entertaining novel. It's hermetic lyricism in musical free form, difficult for listeners to grasp. Such a way of playing should be explicitly liked by the listeners, if the album should please: shrill, weird, somehow brushed against the grain of any mainstream jazz. Yes, a certain scratchiness is hard to deny the titles. Of course, that too can and may please. In jazz, the music makers are allowed (almost) all freedoms. The listeners, however, have the freedom to decide whether this music has something to say to them.