Béla Meinberg is a young German pianist, based in Hamburg and Berlin. He has worked with musicians like Billy Hart, Seamus Blake, Matt Penman, Chris Cheek or John Stowell. His playing became lyric, swinging and humorous whereas he never stops to improve his musical abilities. While respecting the tradition of jazz he is always searching for something new, both as a musician and composer. Béla had the chance to play at such great festivals like ElbJazz Festival, Jazzfest Bonn or Jazzsommer Augsburg and he was awarded first prize at Steinway solo piano competition Hamburg and third prize at Yamaha solo piano competition Nuremberg.
With trio MMO he released the album „MMO feat. Chris Cheek - the hiker“

Béla Meinberg is a young German pianist living in Hamburg and Berlin.

Béla Meinberg lives in Berlin and balances between Straight Ahead, Free Improvisation and various other styles.

The idea of being able to produce serious music and yet also total nonsense drove him to decide early on to become a jazz musician. Already during his studies in Hamburg he worked with big names of the scene and developed interesting projects with like-minded people.

Béla was allowed to work with great musicians such as: Billy Hart, Seamus Blake, Matt Penman, Chris Cheek or John Stowell. Béla was a scholarship recipient of the Oscar and Vera Ritter Foundation and winner of the first Steinway Promotional Prize for Jazz Piano Solo. In 2017 he won third place at the Germany-wide Yamaha Jazz Piano Competition in Nuremberg, and in 2018 he reached 2nd place out of 40 applicants at the "Young Munich Jazz Prize" with the David Grabowski Quartet. 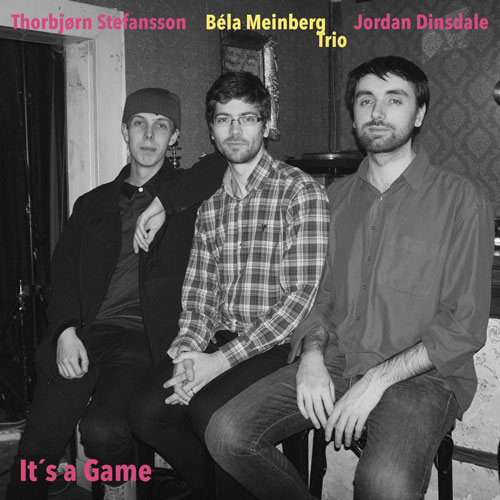 The „Béla Meinberg Trio“ released its first album „It’s a Game“ on Bandcamp.com in May 2020.