The pianist, composer and singer Clara Haberkamp (*1989 near Unna) lives and works in Berlin and Hamburg.

From 1998 to 2006 she won several times at the competitions "Jugend jazzt" and "Jugend musiziert" at the state level. From 2006 to 2009 she was a member of the Landesjugendjazzorchester NRW. Tours with the big band took her to Southeast Asia, Malta, Israel and Estonia. Later she was also a pianist in the Bundesjazzorchester (Bujazzo).

From 2009 to 2013 she studied piano at the Jazz Institute Berlin with Hubert Nuss, David Friedman and Greg Cohen, among others. She completed her subsequent master's degree in composition at the Hamburg University of Music and Theatre in May 2017 with the CD recording of a program composed especially for the NDR Big Band at the "Liebermann Studio Hamburg".

After that she composed and arranged works for vocal ensembles, solo piano and piano trio, for chamber music or "crossover" ensembles, for wind ensembles and string quartets, among others. For the year 2021, she took over the artistic direction of the concert evening "Classical Music Meets Jazz" at the Konzerthaus Berlin as part of the international festival Young Euro Classic. For the festival, which was recorded and broadcast by the radio station Deutschlandfunk and others, she wrote an interdisciplinary concert program in which a vocal ensemble (In June), a chamber music quintet (Pacific Quintet) and the Clara Haberkamp Trio interactively united.
With the Clara Haberkamp Trio she was able to realize the first CD ("Nicht rot, nicht weiß, nicht blau") as the winner of the "Newcomer Award" of the festival "Jazz Baltica" in 2011. In the following years she recorded 3 more albums both in trio line-up and as a soloist. With their album "Orange Blossom" ("Traumton Records", Berlin) the trio was nominated for the Echo Jazz 2017 in the category "Newcomer". The subsequent album "Neon Hill" was the basis for a cover story in the magazine "Jazzthetik". She was a scholarship recipient of the Oscar and Vera Ritter Foundation and the Claussen-Simon Foundation. The Claussen-Simon Foundation also enabled her to release the current program REFRAMING THE MOON with her trio as a video production. The album of the same name was released as an album on Malletmuse Records in August 2021 and has been invited for a showcase at jazzahead! 2022.

As a pianist, she toured with actor and singer Gustav Peter Wöhler and singer-songwriter Susanne Betancor (the Popette) from 2013 to 2015. With Popette she is currently on the road with the program "Songs in beige".

From 2017 to 2021 Haberkamp was a member of the "David Friedman Generations Quartet" with whom she has already released two albums as a pianist. In 2017, she formed a trio with bassist Lisa Wulff and saxophonist Annalena Schnabel, which now continues as the duo CANDOUR (Haberkamp/Wulff). With the trio and the resulting duo, she has played at the Jazzfest Bonn, at the ECHO television broadcast and in the Rolf Liebermann Studio Hall of the NDR, among others.

For CASIO Music, Clara Haberkamp presented her composition "dinner with a nymph" in a promotional video in 2019 to promote the new PX-S1000 digital piano. Since then, she has become a CASIO Artist and plays the new Casio PX-S1000. In early 2022, she also recorded a video with Chris Minh Doky on bass and Silvana Strauss on drums for Yamaha Band & Orchestra.

Clara Haberkamp holds a teaching position for "improvised song accompaniment" at the Berlin University of the Arts and teaches the subject "Practical Composition" at the Film University Babelsberg KONRAD WOLF.

As a scholarship holder of the DISSERTATION PLUS program of the Claussen-Simon Foundation, she is also realizing an artistic-scientific doctorate at the Hochschule für Musik und Theater Hamburg.

Since 2020 Haberkamp has been an artist at the Wolkenstein Agency. 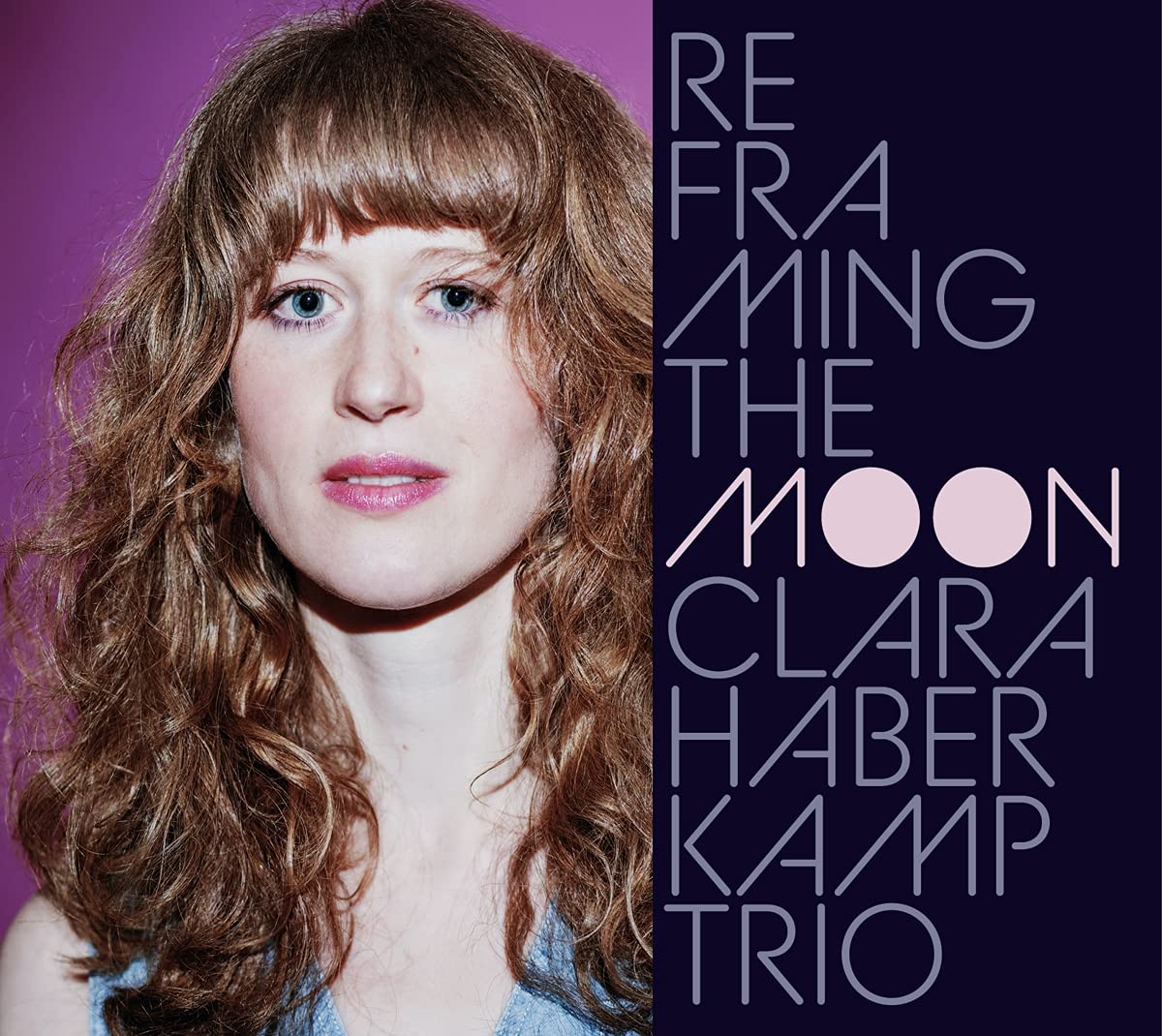 "It is considered a virtue to turn weaknesses into strengths. Good thing. But Berlin pianist Clara Haberkamp is already a step ahead, because in a constant process of osmosis she has long since transformed strengths into further strengths. No, this is not a paradox. On a constant path of perfection, the sensitive tone poet is not concerned with perfection, but with reinventing herself at every stop along the way, without denying what she has achieved. The latest evidence of this maxim is "Reframing The Moon," the new album by the Clara Haberkamp Trio (Malletmuse Records, release August 2021)."
CD review, Wolf Kampmann

"First of all, there is Haberkamp's touch. Clearly contoured and without all gentle whispering, she sets her chords, which do not leave the terrain of romantic harmony until they merge into off-beat phrasings of modern jazz. But wherever the musical material of her playing comes from and however dynamically she sets her lines or her chords, the grand piano always seems as if the steel strings had been replaced by gut strings. This sound character underlies her entire playing, as if every note were impregnated, covered with a fine sheath that protects against all coarseness and any unqualified rumbling."
Frankfurt, Wolfgang Sandner