Condensation occurs when a substance turns from one state into another. This very complex process releases energy to the environment. Evaporation, compression and compaction: All these are words that justify the name of the trio around Gebhard Ullmann, Oliver Potratz and Eric Schaefer and describe this truly new music.

A fusion of analogue and digital, combining experiences from the fields of jazz with new technologies, creating transitions from one into the other, without forgetting about the audience. In fact, energy is released to the audience. There are no direct comparisons for this lively and fun music. Perhaps there are some pioneers of the rock, world and jazz avant-garde shining through these fresh sounds, reacting to our beautiful new world.
Das Kondensat jumps from the museum to a “now” that is far from diverse orthodox doctrines. This is also jazz, but only among other things. Curiosity is the lust for new things. That is what all this is about. Sometimes with a rocking and punching, sometimes with a melodious and balladic access, generated with new media in new contexts. The trio’s music results from years of continuity, making use of advanced measures without losing its anarchic way of non-pretending.

This discursive trialogue music develops its very own dynamic. The trio format has a long history as it offers vast open spaces. Ullmann, Potratz and Schaefer dominate the indispensable art of acting and reacting, of guiding and being guided by the other, of formulating a common vision left in the open.
WhyPlayJazz

Oliver Potratz
Oliver Potratz was born in 1973 in Hamburg/Germany. He began his career as a violinist and electric bass player. At the age of 20 he started playing double bass, and just one year after he was succesful at the audition for the famous Berlin Conservatory. There he studied classical double bass playing with Michael Barry Wolf and graduated with the highest grade. During his classical studies he also started studying Jazz at the Berlin conservatory with Dave Friedman, Jerry Granelli and Siggi Busch. He completed his formation with a summa cum laude masters degree in composition with John Hollenbeck and bass with Greg Cohen.

Since then he played as a sideman and bandleader in over 50 countries on various international jazzfestivals all over the globe, had classical soloconcerts with rennomated german orchestras, is playing contemporary classical music, composed works for central asien orchestras in Usbekistan and Afghanistan and was recently invited to the Buenos Aires tango festival.

So far, he made over 40 records and was working with Rolando Villazon, Thomas Stanko, Kudsi Erguner, Gitte Haenning, Wencke Myhre, Rolf Kühn, David Friedman, Kalle Kalima, Frank Gratkowski, John Schröder, Jiggs Wigham and other great musicians of the german jazzscene. In 2008 he won the german jazz award with the band „Klima Kalima“ in 2009 he won the second prize there with the Carsten Daerr Trio. In 2015 he won a personal artistic scolarship from the city of Berlin.

Since the beginning of 2016 he is directing the german-afghan Safar-Project from the University of music FRANZ LISZT Weimar.

Eric Schaefer
The drummer and composer Eric Schaefer lives in Berlin and works with different ensembles of his own and as a sideman. The range of his musical expression is wide and combines influences from Jazz, contemporary music to post-rock, dub and noise. He is writing pieces for orchestras, piano-trios and jazz-rock-bands. The use of gongs and small percussion as well as modular synthesis broaden the spectrum of Schaefer´s sound-possibilities. His work with Michael Wollny, Joachim Kühn or his own formations The Shredz and Kyoto Mon Amour is documented on numerous albums and is broadcasted in radio-shows and on television.

Since then he has recorded close to 60 CDs as a leader or co-leader for prestigious labels such as Soul Note (Italy), Leo Records (UK), Between The Lines (Germany), CIMP (USA), NotTwo Records (Poland), Clean Feed (Portugal) Intuition Records (Germany), WhyPlayJazz (Germany) and others.

For many years he is considered one of the leading personalities in both the Berlin and international music scenes and has received numerous awards for his work including the Julius Hemphill Composition Award in two categories ('99), the Deutsche Phonoakademie award ('83 together with Andreas Willers), the SWF Jazz Award ('87 again together with Willers) the first Berlin Jazz Award (2017), the nominations best-jazz-CD-of-the-year for his CD Tá Lam in 1995 and best-crossing-borders-CD-of-the-year for the CD Silver White Archives in 2014 by the German Schallplattenkritik.

Since 2005 Gebhard Ullmann is listed in the Downbeat Critics Poll, 2015 for the first time in three categories.

2022 Gebhard Ullmann is nominated for the German Jazz Award in the woodwind category. 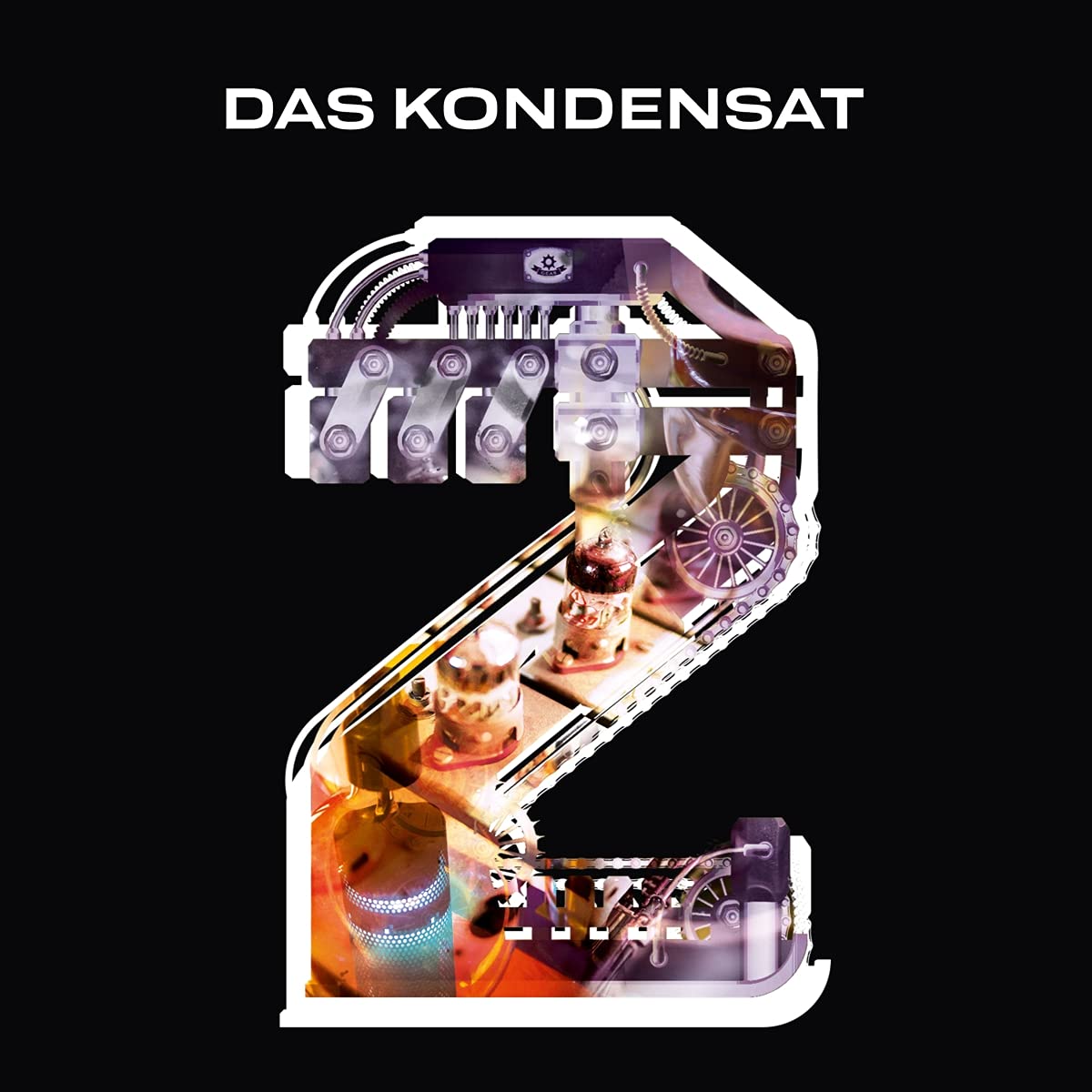 Chapter two of an amazing story. The music seethes with dense, sharply focused energy. Lush bass lines, intense drums, explosive saxophone play – three German masters of improvised music fuse acoustic instruments with digitally generated sounds. All of this is done live without overdubs. equally integrated into their live concept. Together it creates an unprecedented mix of man and machine.

So now the logical follow-up, Kondensat 2, simply because such a concept calls for more. Again, there is this jumpy, leg-pounding groove, which makes it hard to stand still at a concert. Once again there is a blending of the elements and a cornucopia of ideas. Once again there is an organic coexistence of artificially generated and acoustically produced sounds as the core of the music. Organizers worldwide book this band; word has gotten around as to how infectious their music is ‘live’ (…). To expand the playing field in their music, electronics are used as the music’s head and legs. The beatific progressive rock of the seventies is recalibrated, with trace elements of contemporary classical music, dubs, and an actual spliced-in interview of and sax homage to the iconic avant-garde saxophonist Albert Ayler. This is not art as bloodless brainchild. Here the blinders have been cast off. Modular synthesizers, effects devices, pedals and loops are integrated into the interaction within the trio’s glowingly intense improvisational discourses. These three musicians are masters of their instruments as well as digital wizards. Everything on this CD has been recorded live without overdubs. With its rich palate of ideas and conceptual elements, this second musical stroke displays an even more colorful canvas. Das Kondensat’s electronic extensions and detailed sophistication illuminates (…) the way to the exploration of new territories. (…) The listener will discover innovative, inspired, entertaining music.
Text WhyPlayJazz