"I'm into band structures," says Maika Küster emphatically, "a name like 'Maika Küster Quartet' was out of the question at all from the beginning." As the singer, main composer and songwriter, and producer of the current album, she has been at the center of the group since its inception, but she doesn't see herself as the sole leader. Although she often brings in finished compositions, the arrangements of her pieces are also usually developed together. "The essential thing is to open up spaces to play freely with each other in the best jazz tradition," Küster says. Compared to the Wise Panda's debut, the improvisations and spontaneous expressions on the new album have been scaled back, but the jazz connection of all involved remains clearly recognizable beyond the cleverly placed solos.

Küster and her band partners also appreciate the magical power of the impetuous, which they consistently ignited in the early years to the delight of many. The Sparda Jazz Award jury, including Klaus Doldinger after all, awarded the newcomer ensemble 1st prize back in 2015, praising not only their interplay and stage presence but also the naturalness and unaffectedness of the quartet at the time. After the release of the Panda debut Mam as part of the Jazzthing Next Generation series in 2016, the band received much praise. "If you're curious enough, you'll discover a wonderland of beautiful sounds and a lyricism that touches," Jazzpodium found, and Jazzthing seconded: "The quartet [...] has set out to make its own mark in the vocal jazz genre." In 2018, Der Weise Panda earned the Prix du Public at the Tremplin Jazz d'Avignon.

Cellist Talia Erdal joined the quartet in 2018. Already in 2016, Der Weise Panda and Erdal got to know each other at a double concert in Berlin, and subsequently the Israeli and Maika Küster became increasingly close friends, visiting each other and exchanging musical ideas. Actually at home in classical music and currently pursuing a master's degree in London, Talia Erdal also writes her own songs, which she sings herself in her own band. "We are kindred spirits in a way and can communicate well, even if we have very different views on certain topics," Küster says. "In addition, Talia is extremely well versed in traditional music of her region, which, unlike classical music, allows her to play more freely and spontaneously." Shifting between these different playing styles, Erdal creates variable timbres that perfectly complement the band's sound.

Born and raised in Dinslaken, between the Ruhr and the Lower Rhine, Maika Küster found plenty of time for music and literature. She devoured the magical realism of Gabriel García Márquez in the jungles of Malaysia, and is equally fascinated by ancient Greek poetry. Her mother, a visual artist, gave her a talent for expressive abstraction and her father "provided" her with an extensive vinyl record collection. In it Maika Küster discovered, among other things, the aforementioned progressive rock, from Jefferson Airplane to Child In Time. At the age of nine, encouraged by Ian Anderson and Jethro Tull, she began to learn the flute, played in orchestras, began to get bored there and switched to a school jazz band. From there it was not far to Monk, Mingus and Coltrane, later followed by jazz studies at the Folkwang University in Essen. Of course Küster also plays piano, and beyond that "to go" guitar. her sources of inspiration have fanned out even further in recent years, from Sidsel Endresen to Devendra Banhart to folk, from Catalan impressionist Frederic Mompou (1893-1987) to Michael Wollny and Trio [em] because of the latter's characteristic alternation of romantic influences and total unleashing. 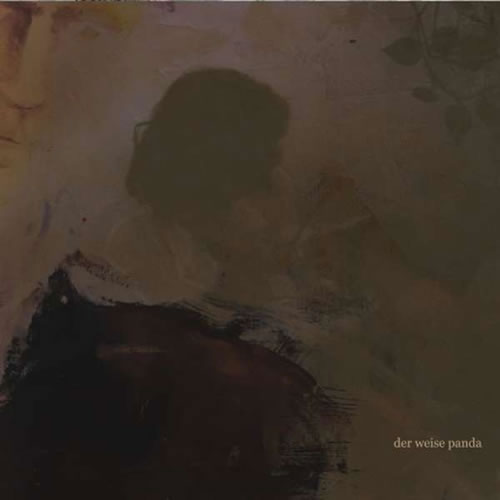 With their new album, Der Weise Panda once again makes a remarkable mark on the innovative and stylistically open German scene. The band, which has grown into a quintet, has found its own individual aesthetic thanks to Maika Küster's characteristic voice, sophisticated acoustic arrangements and accomplished musicians. The new songs skilfully vary familiar and surprising moments, offer points of contact and contrasts, sound out calm and energetic dynamics. The intensity of the music is further enhanced by thoughtful song lyrics that revolve around profound, substantial themes. Wise Panda resolutely shows attitude and thus lives up to its name more than ever.