Etuk Ubong is a Nigerian trumpeter, composer and bandleader.

Born and raised in Lagos, trumpeter Etuk Ubong (24) first started playing music at the age of 14 and studied under Etop Adolphors and Victor Ademofe. He was enrolled for a performer’s diploma in jazz studies at the University of Cape Town and studied jazz at the Peter King College of Music, and classical music at the Muson School of Music in Lagos. Ubong has performed with world-renowned musicians including Victor Olaiya, Femi Kuti, the Gangbé Brass Band, Pat Harbison, Ansyn Banks, Nduduzo Makhathini and many more. He played at the The Lagos Jazz Festival 2015, the Abuja Jazz Festival 2015 and in the On Mass project headed by Jamie Cullum as part of the London Jazz Festival. He is a member of the International Trumpet Guild and represented Africa at its 2015 conference in Columbus. In South Africa he regularly performs at top live jazz venues like The Crypt, Straight No Chaser, The Orbit and was featured as soloist in the Artscape Youth Jazz Festival 2016.

He leads the Etuk Ubong Quartet with whom he plays jazz standards and well as his original compositions, but also regularly performs with other bands and ensembles. In South Africa the quartet consists of himself on trumpet and flugelhorn, Shakeel Cullis on double bass, Ludwe Danxa on keys and Keno Carelse on drums; in Lagos he is joined by Ita Samson on bass, Timothy Ogunbiyi on keyboard and Tombrapade Robert on drums.

His first EP, Miracle, was released in June 2016 and features original compositions that reflect his message of goodwill, peace and love to humanity. - Orbit
Though fresh on the scene, he has already collaborated with some of the leading lights of the London Jazz Scene, making regular appearances at the legendary Steam Down series and attracting strong support from Gilles Peterson including playing at his inaugural We Out Here festival, as well as appearing at the Royal Albert Hall for London Jazz Festival, and forthcoming appearances at Transmusicales and Jazzahead. 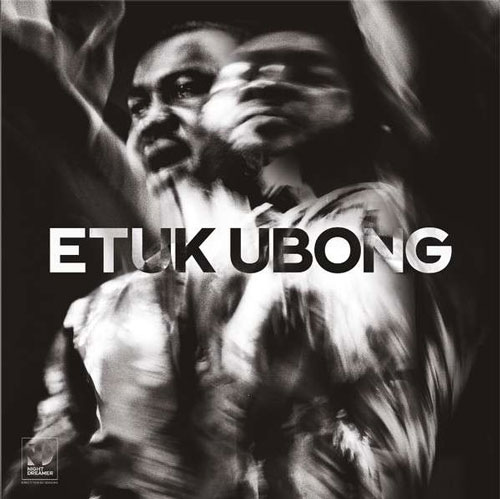 The press release for the Etuk Ubong Night Dreamer direct-to-disc session, written by none other than Seun Kuti, pays homage to the musician and release as "one of the best things to come out of Lagos. Nigerian trumpeter, composer and bandleader Etuk Ubong has developed an original style he calls "Earth Music."

The result is a fitting combination of Afrobeat, highlife and jazz, as well as the ritual drumming of Ekombi. It's brash and high-energy, yet spiritual. His compositions reflect his heritage and life philosophy of benevolence, peace and love for humanity. Ubong's music is so vibrant and propulsive that comparisons can easily be made to leading figures on the British scene such as the Shabaka Hutchings-led Sons of Kemet, but at the same time it is distinctly Nigerian.