Singer, composer, pianist, bandleader, side-woman, interdisciplinary performance and freelance improvisation artist.
GANNA is the Berlin based ensemble of the Ukrainian singer Ganna Gryniva. The music courageously bridges several worlds from jazz to folklore, from experimental to neoclassical esthetics. Inspired by several musical research travels in various regions of Ukraine, GANNA awakens the Ukrainian folklore for a second spring and takes its listeners on an exciting journey. Highly virtuoso and playful, but also full of melancholy, the musicians immerse themselves in the
history and the mystery of the various music traditions and create a neo-native language. In August 2020, Double Moon Records and Jazz Thing Next Generation released GANNA´s debut-album Dykyi Lys (Wild Fox in Ukrainian).
GANNA is an active part of the jazz scene in Germany and Europe. GANNA's album Dykyi Lys received remarkable international recognition. The national German radio Deutschlandfunk Kultur „strong voice, strong sound“; Wolfgang Giese speaks about „a very important discovery“ in Musik an sich. Melodiva and Jazz Thing from Germany; Concerto from Austria; Jazz Halo from Belgium; national Ukrainian radio Kul'tura and many others celebrate the music of GANNA's new album. The band had the opportunity to present their music to national and international audiences at the A-Trane Jazz Club in Berlin, BMC Opus Jazz Club in Budapest, Preveza Jazz Festival in Greece, Urban Music Hall in Odessa (Ukraine), Jazz Club 32 in Kyiv (Ukraine) and many others.
The ensemble has been awarded the Berlin Senat grant to support GANNA's tours throughout Germany. In October 2020 GANNA received the composition grant from the German Music Fond. In October 2018 GANNA was awarded the Thuringia Jazz Mile Award: "Newcomer of the Year". In the same year and in 2019 GANNA was awarded the NewLiszt Foundation scholarship supporting GANNA's research on Ukrainian Folklore and the production of the album Dykyi Lys.
During the research trips in Ukraine the band received scientific support from the UNESCO Chair for Transcultural
Music Studies of the Institute of Musicology Weimar-Jena (Germany), Ivan Franko University in Lviv and the Lviv National Music Academy (Ukraine). 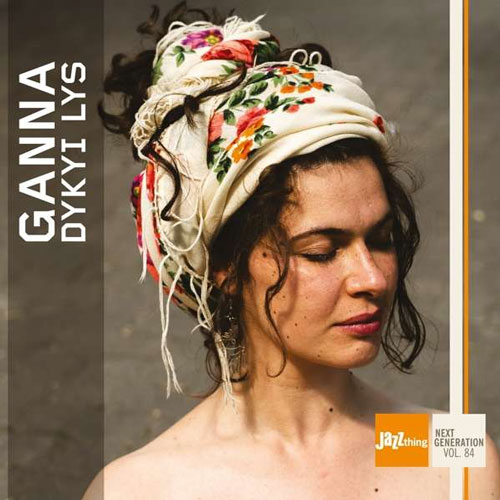 "Dykyi Lys", the title of Ganna Gryniva's debut CD, for example, can be deciphered right away only by those who know Ukrainian. It means "wild fox."
Wild, adaptable and able to survive, doing what she feels like and what she does best, sympathetically stubborn, determined and clever - that is Ganna Gryniva, who as the 84th protagonist of the Jazz thing Next Generation talent launch pad, which is now also appreciated internationally, occupies a kind of special status.
One of her specialties is to expand on the lyrics of old folk songs and write new music to go with them, as in "Witer." Composing is a form of self-reflection for her, Ganna says. "The lyrics, the music, the story and the mood have to harmonize for me.And sometimes my gut tells me that Ukrainian or English fits better."