At the tender age of three, Gee Hye Lee begins taking lessons, classical piano, in Seoul / South Korea. She receives various awards and everything looks like a career as a classical pianist. But when Gee Hye receives "Kind Of Blue" as a present for her 16th birthday, she only wants one thing: to do jazz! Through Miles Davis, she discovers first Bill Evans and then Herbie Hancock, who has been her role model ever since with his innovative and devoted playing. "Jazz means freedom to me," says Gee Hye. "I can express myself in it, while playing I always discover new sides of myself. Jazz makes me happy." This transfers to her listeners, the critics are enthusiastic.

The change from classical to jazz was followed by a move from Seoul to Stuttgart in 1996. Gee Hye took lessons with Paul Schwarz and graduated with distinction from the State University of Music and Performing Arts in Stuttgart in 2003. In the same year, she receives a scholarship to Berklee College of Music in Boston. Back in Stuttgart, Gee Hye wins the competition of the Kunststiftung Baden-Württemberg 2005 and the scholarship that goes with it. In July 2012 she was awarded the Baden-Württemberg Jazz Prize.

Her first own trio CD "Midnight Walk" was released in August (2009) by Universal Music Korea. In addition, Gee Hye Lee performs on Mondays at the Stuttgart "Kiste" between 2006 and 2019, with ever new musicians, meanwhile more than 500 times. Her CD "Geenius Monday", released in 2010, and "password:ilovejazz" in 2015 give an impression of the enormous bandwidth that Gee Hye displays. The second trio album, "Lights", has been available since July 2012.

Gee Hye Lee has played in many TV shows and gives countless concerts, including the Jazz Festival Ascona (Switzerland) and JAZZOPEN (Germany), Jarasum International Jazz Festival (South Korea). In the jazz scene she is known as a fantastic, sensitive accompanist and also as an outstanding soloist. Gee Hye Lee has already worked with many different jazz musicians in various projects. 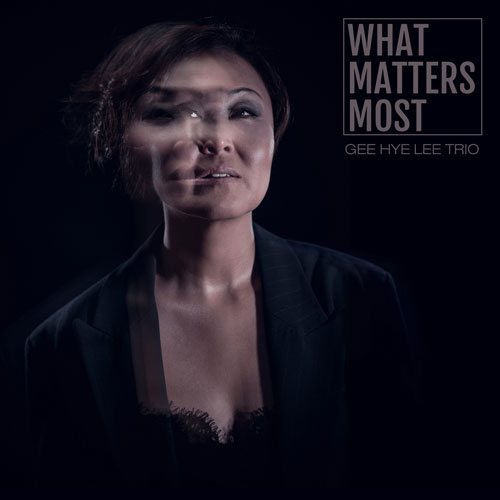 "Jazz means freedom to me and it makes me happy," says Seoul-born pianist Gee Hye Lee. The trio around the South Korean Gee Hye Lee has attracted attention in recent years, and not only through the award of the Baden-Württemberg State Jazz Prize in 2012. At the time, the jury emphasised her own tonal language, which is "technically brilliant and characterised by the highest musical expression".

Her first own trio CD "Midnight Walk" was released by Universal Music Korea in August 2009 and the second trio album, "Lights" (HGBS) has been available since July 2012. Gee Hye Lee has worked with many different jazz musicians in various projects. In October 2021, her third trio album "What Matters Most" was released with bassist Joel Locher and drummer and composer extraordinaire Mareike Wiening. She and Joel have been friends for 20 years and have already been involved in numerous musical projects. Mareike Wiening is the youngest member. She lived in New York for six years and has been commuting between America and Cologne since 2019.

With her CD "What Matters Most", Gee Hye Lee wants to musically document these special times and the extraordinary situation of an artist who has no opportunity to play live in front of an audience for long periods of time and who is prevented from travelling to her home country and to her family. It is precisely the limitations of the pandemic that make one aware of what is essential in life and what really matters. The trio plays melodic jazz that is at once profound, light and soaring. The pieces were created in the lockdown and transform the dark into hopeful light.