Guy Salamon is a drummer, composer, arranger, recording artist and band leader. Originally from Jerusalem, Israel and currently based in Amsterdam, Guy Salamon is known for his work with his own band, the award winning 'Guy Salamon Group' (1st prize winners, ‘Keep an Eye - The Records’) and as co-founder and drummer of the international PULL quartet.

Guy Salamon is an Amsterdam based drummer, composer, arranger, recording artist and band leader. Originally from Jerusalem, Israel, he is mainly known for his work with his own 8 piece band, the highly energetic, award winning 'Guy Salamon Group' and for his recently released debut album 'Unfollow The Leader'.

Guy Salamon was born in Jerusalem in April 1989 to a family of musicians. His mother is a classical conductor and opera singer, and his father is a salsa-rock singer/songwriter. He started playing piano at an early age and transitioned to the drums when he began jazz studies at the Jerusalem High School for the Arts.

After graduating high school and volunteering for 3 years in informal education for underprivileged youth, Guy started academic jazz studies at the Tel Aviv Conservatory - New School NY combined program and graduated with a diploma in 2013. One year later he moved to the Netherlands and begun his studies at the Conservatorium van Amsterdam, where he graduated in 2018.

Since his arrival to the Netherlands in 2014, Guy Salamon has established himself in both the local and international jazz scenes. Recent appearances include the North Sea Jazz Festival, 12 points festival, Injazz Festival, The BIMHUIS and the Royal Concertgebouw.

His debut album, ‘Unfollow The Leader’, was released in December 2019. 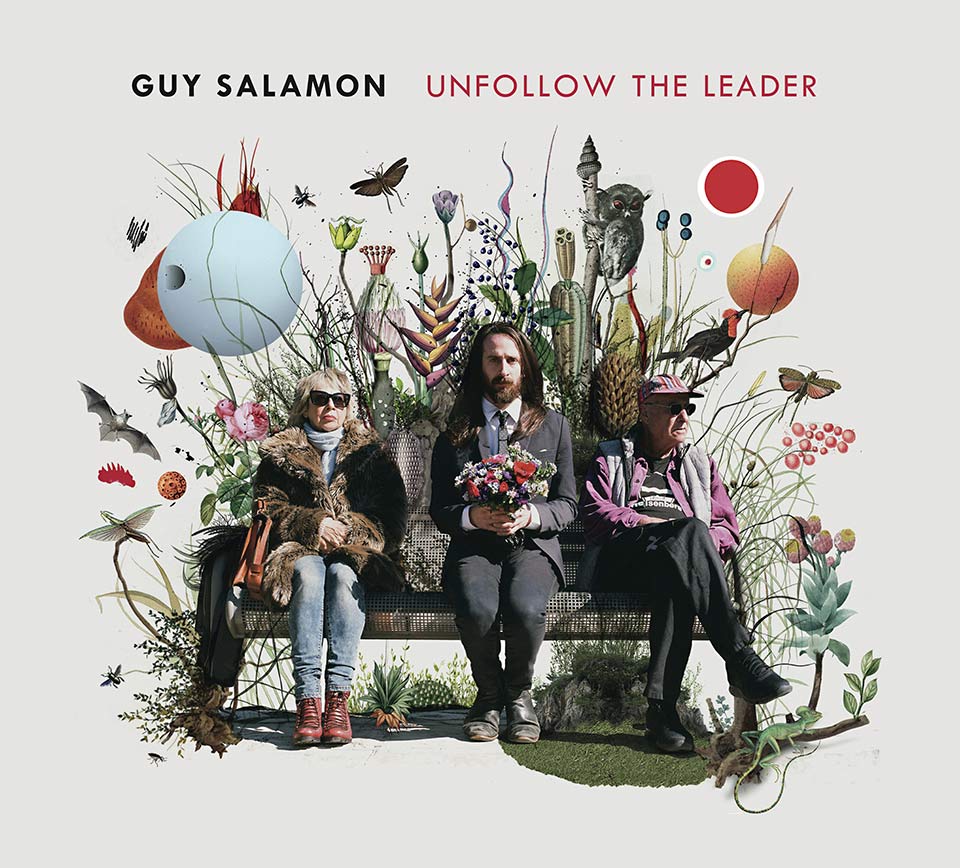 The band around Jerusalem-born and Amsterdam-based drummer Guy Salamon has attracted a lot of interest in the Netherlands. Salamon describes their music as "an urge for a new sound, crossing genres, mixing styles wildly, where humor merges with pain and chaos with silence."

"Unfollow The Leader" is the debut album of the Guy Salamon Band. It was independently produced and released by the band. Recorded in Amsterdam by Attie Bauw.