"This is an artist who knows his craft and is comfortable enough to break down music that everyone is familiar with and then build it up to give us something unexpected yet still familiar." - Darren Rea, Review Graveyard (UK)

Born in 1976, Southern Turkey, Hakan A. Toker studied partly at Bilkent University School of Music and Performing Arts, Ankara. He completed his education in the USA at Indiana University School of Music, double majoring in piano and composition (BM 2000). He also took courses in jazz and electronic music there. Along with his formal education, he taught himself how to improvise and play Turkish music; learned to play the kanun and accordion, after the piano.

Throughout the 9 years he lived in the USA, he gave many concerts. He broadened his spectrum by adding on ethnic world music genres while continuing his work in the classical field. He concertized, recorded albums and took part in many presentations in schools and colleges with the bands Salaam (Middle Eastern), Silk Road (Central Asian) and Orquesta Son (Latin American music). During the same period he began to play for silent movies; and worked in creative projects with multi-media artists, dancers, poets, jugglers and acrobats etc.

In 2006 he went back to his homeland and became a founding member of bands Tanini and Abra, he performed with artists such as Yıldız İbrahimova and Dilek Türkan, and for a short while he performed musical comedy shows for children with the flutist Christian Plouvier (International Ankara Music Festival, 2009).

Toker has broken ground in the interpretation of Turkish traditional music on piano. He has been well acclaimed by listeners and colleagues alike for his albums “Turkish Music on Piano” (2005) and “Alla Turca Alla Toker” (2012). In 2011 for the first time in Turkey, he gave recitals of Turkish music on microtonally tuned pianos. He continues this work also with other keyboard instruments such as the clavichord, harpsichord and the Fluid Piano. In 2012 he made concerto-like arrangements of Turkish music called Senfonik Fasıl. He peformed with many orchestras including the Istanbul and Izmir State Symphony Orchestras.
He has been given “Our Living Values” award in 2013 during the 1st. Mersin Cultural Festival. In 2017 he won the Global Music Awards Silver Medal together with his Croatian colleagues Matej Meštrović and Matija Dedić for their album “Vivaldi - 4 Seasons for 3 Pianos” created by Matej Meštrović and released by Parma Recordings. In 2019 he won the same award for his solo album “Toker Messing Around ... with the classics;)” released by the same company.

Toker has done research and given informative recitals on topics such as Unknown Composers, Turkish Composers, Female Composers etc. He is also one of few concert pianists in the world who continues the old tradition of improvisation in classical music.
As a performer, so far he has played in 28 countries, including international festivals such as the Istanbul, Ankara, Mersin, Side, Lvov (Ukraine) and Indianapolis Jazz (USA) festivals.

As a composer, he writes in many genres including Western classical, jazz and Turkish music in every scale. Among these are incidental music, two children’s operas and music for marching band which he wrote during his military service.
Today, Hakan A. Toker continues to record and concertize with groups and projects he himself has created, besides giving solo recitals. His recent projects are: “Toker Trio” and “City Life” (ethnic jazz); “Toker Messing Around”, “The Turkish Harpsichord”, “Alla Turca Alla Toker” and “Concerti Orientali” (classical-jazz-Turkish fusion); “Love Waltzes”.

During the 2020 pandemic, when Toker stopped performing, he came up with an idea to support his family: He accepts commissions to compose music to be given to loved ones for birthdays, anniversaries, etc. These pieces are composed based on personal information about the recipient, and they are composed in the style that the recipient likes. 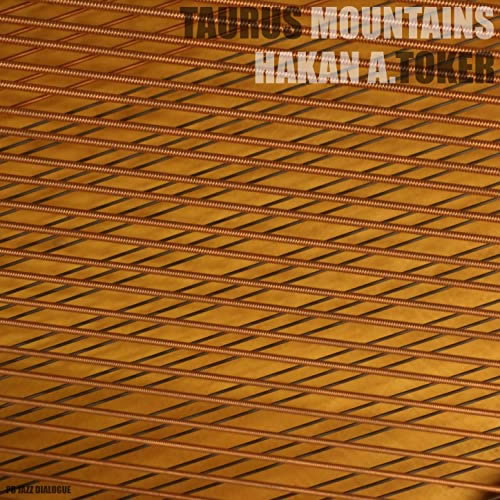