Heidi Bayer received a Bachelor of Music degree from Mainz School of Music and studied with Prof. Axel Schlosser and Frank Wellert. As a part of her studies, she spent one semester at the University of Miami where she studied with Prof. Brian Lynch and Prof. Martin Bejerano...

Born in 1987 in Lichtenfels in Upper Franconia and raised in neighbouring Kulmbach, Heidi Bayer was trained as a classical clarinettist during her school days and switched to trumpet and jazz at the age of 17. After successfully completing her bachelor's degree in "Art, Music and Media – Organisation and Mediation" at the Philips University of Marburg (2007-2010), she decided to pursue a career as a professional trumpeter.

In 2010 she started her bachelor in "Jazz and Popular Music" at the University of Music Mainz with Axel Schlosser and Frank Wellert. After an associated one-semester exchange program (2014) at the University of Miami with Prof. Brian Lynch and Prof. Martin Bejerano, she successfully completed her studies in 2015 and has been living in her adopted home city of Cologne ever since.

In October 2017, she enrolled in the Master in Music "Jazz | Improvising Artist" program at the Folkwang University of the Arts in Essen, where she studied with Prof. Ryan Carniaux and Thomas Rückert.

Since 2018, she has been pursuing her own artistic projects. Her duo "Bayer/Scobel" received the Folkwang Jazz Award in 2018. In the same year, she started her new band, "Virtual Leak," which in March 2020 released its first CD on Tangible Music. The record mostly consists of original compositions by the bandleader. The band was invited to present their debut album at this year's "Jazzahead" (canceled due to the Corona lockdown).

Heidi Bayer is in demand as a solo trumpeter in groups ranging from small ensembles to big bands. Recent projects in which she is involved include Janning Trumann's nonet "Wem Zeit wie Ewigkeit," Shannon Barnett's latest quartet "Wolves and Mirrors," Stefan Karl Schmid's "Pyjama" octet and Sven Decker's "JULI" quartet. She is a regular member of trumpet sections in several big bands, including the monthly performing "Subway Jazz Orchestra," the "Hendrika Entzian Bigband," and the "Fuchsthone Orchestra."

Besides her concert activities, Heidi is an active and passionate teacher. She has offered private trumpet lessons and led big band and trumpet workshops for many years and across Germany. In April 2019, she accepted a permanent half-time position as an instructor of trumpet performance and conducting at the University of Oldenburg’s music department, where she also leads the university big band. 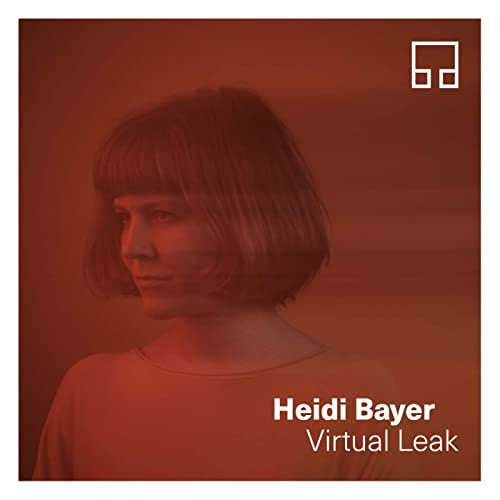 Almost a classical quartet, but only almost, because the piano is missing, which in classical jazz provides harmonic structure through its chords. Instead, in addition to trumpet/flugelhorn by Heidi Bayer, who wrote all the compositions, there is another solo part, that of Johannes Ludwig on alto saxophone. The instrumentation already points in the direction the quartet is striving for musically: more individual freedom and possibilities of expression, less restriction by traditional harmonies, melodies and rhythms. If this is part of the conception of the music, then this claim is probably fulfilled. In other words: It sounds quite like freely intoned jazz, though not as in the unbridled articulation of the Sturm und Drang phase of free jazz.

Free Pieces - Eifel Blues, Something Different, Brač.
Eifel Blues starts with a rather gentle melody line, played in unison by the horns, then the theme dissipates, making way for individual solos. The trumpet's long statement is followed by an even longer solo from the saxophone. Also the rhythm section - with Calvin Lenning on double bass and Leif Berger on drums - does not hide behind the traditional time keeping, but also indulges in soloistic playing, especially Leif Berger. Familiar listening habits have a harder time recognizing the - although existing - structures. To discover the blues in "Eifel-Blues" is even more demanding. The voices of the individual instruments definitely demand concentration when trying to discover and understand the musical logic. Just beautiful "Free det Janze".

The opening sequences disguise themselves, camouflage themselves cleverly. They try to catch the listener with quiet tones, gradually lulling him before it really gets down to business. This is the case with the titles Something Different, Brač: opening theme, solos of the wind instruments, individual expression of all, more expressiveness than harmony and melody. Not quite, as the group sound probably contains its own melodicism. These melodic, sometimes even harmonic parts, and components, however, the listener must first "er-arbeiten, er-hören" to find pleasure in the aesthetics of the music of Virtual Leak. No easy listening, but the efforts are worth it. At least for lovers of the genre.

Ballads - Shores, Sweet'n'Sour
I guess they exist, even as continuous titles. Shores and Sweet'n'Sour are such ballads, which not only flash up thematically at the beginning, but are kept up during the whole track. An opening theme played mostly in unison is spun on individually here as well, but more strongly with epic underlying tones than in the more boisterously played tracks. It starts really carrying, with a touch of melancholy, a lot of feeling, subtle mood. Bassist Leif Berger also takes care of that with his solos, his playing style appropriate to the titles. The alto sax does not want to be inferior to this, spins the thread further. Supported by sensitive sounds of the warm flugelhorn. Otherwise, the alto sax of Johannes Ludwig alternates with the brass of Heidi Bayer. So, also soothing ballads are part of Virtual Leak's repertoire.

Hedwig's Flight, Overshoot, If it Helps, Hot Train
The remaining titles move between the tension poles of unrestrained playing à la Free and ballad-like expression. A high individuality of the whole quartet is recognizable in all titles. An exception in rhythmic terms is Hot Train. It sounds like weird funk with interspersed free music snippets. Heidi Bayer's quartet remains true to itself!