All titles have an effect through sophisticated composition and compact group sound. A mature balance between the musicians' commitment and playing style and the musical elements of rest and movement increase the appeal.

First in Hamburg, then in Cologne, Hendrika Entzian studied double bass. In addition to her participation in various Cologne projects, she increasingly focused on composition and subsequently completed a master's degree in jazz arranging and composition, also in Cologne, which she graduated with top grades in 2015.

Hendrika regularly writes and arranges for large ensembles such as the WDR Big Band, Metropol Orchestra, Subway Jazz Orchestra, CCJO, Jazzkombinat and BujazzO, among others.
With Hendrika Entzian+ she founded her own jazz orchestra, whose debut CD "Marble" was released in April 2020 by Traumton Records.

Hendrika Entzian is the 2018 WDR Jazz Prize winner in the composition category. She teaches jazz theory and arrangement/composition at the Musikhochschule Köln. 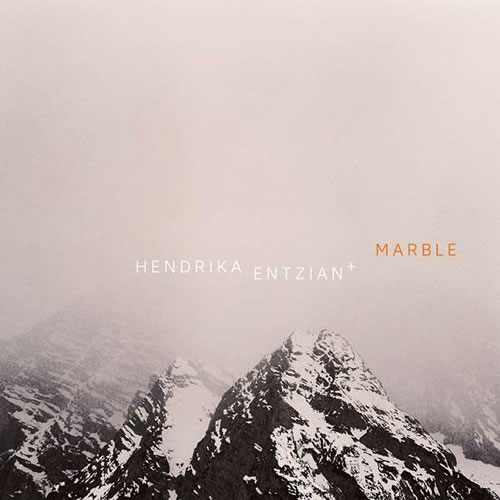 In 2018 Hendrika Entzian was awarded the WDR Jazz Prize in the composition category. Before that, the double bassist, born in 1984, had released two albums (Turnus 2015 and Pivot 2017) on Traumton with the quartet named after her and founded in 2012, which were widely praised. Ralf Dombrowski particularly highlighted Entzian's qualities as a bandleader in Jazzthing: "Indeed, [...] sounds self-contained and musically unagitatedly sovereign. This is due to the compositions, which maintain the balance between improvisational openness and framing structure." The Austrian music magazine Concerto read: "To a superficial and inattentive listener, the nuanced elegance [...] will remain closed. To all those who can enjoy pointed, song-like, concisely condensed musical intelligence and calmly performed, beautiful playing, the CD is recommended."

She can confidently leave the playing to the excellent members of her big band. Her contribution is in composing, arranging and conducting the music. That is so much that she can do without soloistic participation. Composition and arrangement speak for themselves, speak for double bassist Hendrika Entzian. The titles in detail:

Weekdays
After a brief guitar intro, the wind and rhythm sections immediately get going, wanting to breathe additional light and life into the refined composition. The horns play riff motifs that complement, even compete with, the theme and solos in order to give validity to the theme - in a different light, from a different perspective. Every musical means is exhausted, the whole thing seems as varied as it is entertaining, in addition still mature: short solos of the saxophones, even shorter peaks of the guitar, the big band fills up, holds against it. It continues with a quiet solo of the trumpet, initially conceived as a ballad, then more expansively intoned. Brass and wood fall shoulder-clocking into the back of the soloist, but to strengthen them, to drive them forward. In between now and then guitar chords and the never tiring wind incursions. Weekdays: that sounds like carefree summery weekdays, refreshing like classic Sundays - plus Mondays off. The other titles may claim something similar.

Pivot
The compactness of the music is present from the beginning, the sound continues to condense. It becomes softer, melodic flute tones jump into the room. The winds initially dominate the proceedings, then hold back. Now the ensemble weaves a colorful carpet of sound, whose airy heaviness enters into a liaison with a profound lightness. The trombone enters these landscapes with its soloistic cascades, providing further grounding for the theme. The drummer bridges the individual passages with discreet drumming. And again, the winds come up trumps, condensing the composition into a dreamlike ballad.

Limona
A piano motif with guitar support creates wide sound spaces, the piece reveals itself as a somewhat offbeat ballad. The title picks up speed, seems energetic. The band takes a step back, leaving the sax to its dissolute solo. Occasionally, the horns throw their varied timbres into Limona's ring. The theme almost comes to a standstill. Individual, sparse scraps of some wind instruments buzz about searchingly. The motifs seem lost, wanting to be found carefully. The Rhythm Section does its job, at first discreetly in the background, then playing itself more strongly into focus. And still the sax tells cranky stories. Limona glides out harmonically.

Marble
The title track is rhythmically accentuated, carried by a continuous beat of drums and bass. Piano and guitar chords reinforce this straightforward drive. The sax carries a melody line, the theme takes shape, performed in unison by the horns. There is room for a longer statement by the soprano, then the whole big band is at it again with intricate, even twisted arrangements. The trumpet brass takes the liberty of cutting sharp edges into the theme, taking pointed stabs at high registers, stretching out to the finale. The final chords repeat the opening part, the rhythmic basis rocks like staccato, the winds make short work of it, out!

Stack
Featuring the Double Bass or the introduction to the ballad is up to the double bass. Its solo sounds restrained, its intonation contains a trace of melodic tristesse, the wind instruments sound the same. Cautiously the events develop. Now everyone is in on the action. Theme with variations based on an ostinato figure. This seems catchy, a bit monotonous, with deliberately flirtatious attitude. The "piano trio" within the big band makes it rhythmically more demanding, a touch more refined, which is gratefully accepted soloistically by the saxophone, after the pianist previously prepared the ground soloistically.

Peripherique
Voices of the winds played in unison introduce the theme, which is allowed to linger in its beauty for a long time until it is replaced by the solo of the trombone to interpret it openly. The trombone's playing enhances the compactness of the track, supporting its musical structure and giving the warm-toned ballad its free-spiritedness.

3/4 Back
Again, there is that density whose multiple frequencies capture the listener, not letting go. The track introduces itself rhythmically in a good mood, the sax gets to start things off. Then the whole big band holds the vocal and thematic lead. The tricky rhythm of ¾ back almost provokes lively guitar runs. The guitarist's solo provides the title with a - in the broadest sense - rocking counterweight. The wind instruments endure this tension, mercilessly get to the point, drive it to extremes, and then reconcile thematically again.