A duo with unusual instrumentation: when Ingolf Burkhardt on trumpet and flugelhorn and Roland Cabezas on guitar perform together, the experienced band artists prove that entertaining, lyrical jazz in small line-ups can be a real gem.

Born in 1963 in Baden-Württemberg, southern Germany, nine-year-old Ingolf gained his first musical experience in the local brass band. Four years later, he immersed himself in a completely new world when he discovered the blues through his high school music teacher. Ingolf made his first professional appearance with a dance orchestra at the age of 16, before he began playing with the well-known and multiple award-winning SBF Big Band (City of Bad Friedrichshall) in 1982. But it was not to stop there.

When he was nominated for the Landesjugendjazzorchester Baden-Württemberg under the direction of the American jazz trombonist and music professor Jiggs Whigham, he not only recorded several CDs with him, but also toured beyond Europe's borders to Africa.

Back home, Ingolf honed his skills from 1985 to 1989 at the Hochschule für Musik in Cologne with German jazz veteran and professor of trumpet, Manfred Schoof, as well as with Jiggs Whigham - obviously with success: he began performing with the WDR Big Band, the official big band of the EU, Chaka Khan, Peter Herbolzheimer's RC&B and the Trio Rio (playing the hit "New York Rio Tokyo"). He also played first trumpet in the musical "Starlight Express" for two years.

When Ingolf met the legendary trumpeter Bobby Shew in 1987 with Bujazzo, the official German youth jazz orchestra, it was not only the beginning of a friendship but also of a successful musical collaboration. Encouraged by Shew, Ingolf eventually began teaching as well and held a professorship at the Hochschule für Musik und Theater Hamburg from 2001 to 2008.

Since 1990 Ingolf has now been a permanent and indispensable member of the NDR Big Band, with whom he has appeared on stage alongside jazz greats such as Quincy Jones, Al Jarreau, Lionel Hampton, Abdullah Ibrahim, Jimmy Smith, Wayne Shorter, Dave Holland, Steve Swallow, Carla Bley, Bobby McFerrin and Omar Sosa. As one of the main soloists he always sets musical highlights there.

Even apart from that, Ingolf has no time for boredom. He tours as a soloist with a wide variety of (big) bands, and is often on the road in connection with workshops and group or individual coaching in Germany, but also in Austria, Switzerland and Japan.

With his bands "JAZUL" and especially with the "Jazul Duo" he mixes jazz with soul and pop, genre boundaries are dissolved. The repertoire ranges from Robert Glasper to Giacomo Puccini and John Lennon to groovy original compositions. And above all floats the soft voice of his congenial duo partner and guitarist Roland Cabezas.

By the way...
Ingolf is a Yamaha Artist since August 2013 and plays exclusively Yamaha instruments and Yamaha "IBX" mouthpieces made especially for him. 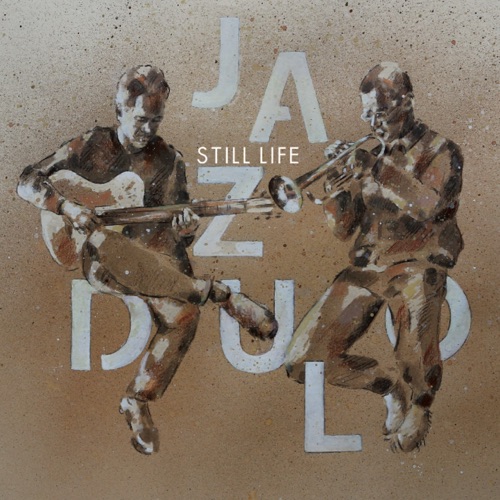 Ingolf Burkhardt - tp, flh.
Roland Cabezas - git., voc.
With their second "Jazul Duo" album "Still Life" Ingolf Burkhardt (trp, voc) and Roland Cabezas (git., voc) continue their series of success.
Motivated by the success of their first duo album, which climbed to number three in the NDR Play Jazz listener charts in 2016, the two accomplished and renowned musicians are once again combining jazz with soul and pop, dissolving genre boundaries.
The repertoire ranges from Robert Glasper to Giacomo Puccini and John Lennon to groovy original compositions. The whole thing is performed with virtuosity and humor, music from the heart for the heart, ear and leg - and above it all floats Cabeza's gentle voice.
Current band "Silk Blues" https://www.youtube.com/watch?v=sy68sWDDOa8
Buy album