Janning Trumann (*1990) studied Jazztrombone at the Conservatory of Music in Cologne and at New York University. As a instrumentalist and composer he is active all around Germany. There, he organizes and curates his own concert series. His actual focus is on the work with his own Quartett. There are various projects he plays with and also released CDs.

Janning Trumann (* October 30, 1990 in Lüneburger Heide) is a German jazz musician and producer.

A native of Cologne by choice, Janning Trumann received violin lessons at the age of five and began playing the trombone at the age of ten. From 2005 he was a member of the Landesjugendjazzorchester Niedersachsen. In 2007, he became a junior student with Nils Landgren in Hamburg, and after graduating from high school, he transferred to the Hochschule in Cologne.

From 2011 to 2015 he was a rental member of the JazzBaltica ensemble and performed with his own projects (including at the moers festival, Elbjazz Festival, Leverkusener Jazztage). Janning Trumann has played with Dave Douglas, Donny McCaslin, Peter Erskine, Vince Mendoza and regularly with the WDR Bigband, among others.

SUBWAY JAZZ ORCHESTRA
The 18-member musicians' collective sees itself as a platform for composers and arrangers of all stripes. They come from our own ranks as well as from the national and international jazz scene. Together we strive to provide a meaningful platform for contemporary big band jazz at the highest level through cross-genre projects and creative concepts. 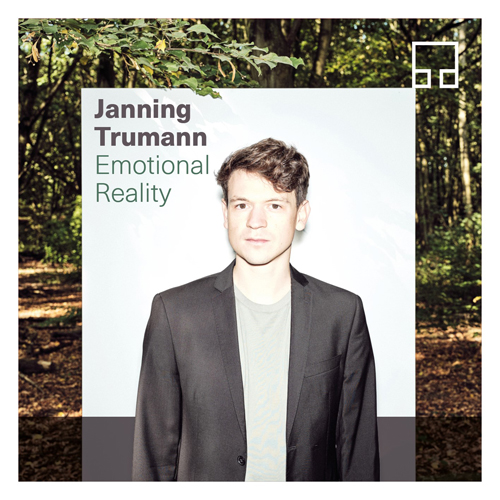 With Emotional Reality, Trumann describes his individual assessment of everyday interactions and makes reference to illusory worlds into which people sometimes take refuge. "In general, I express thoughts and feelings in music through energy," Trumann explains. "What concerns me in Emotional Reality is, among other things, the phenomenon of cultivating personal emotional reality in a communication bubble. After a while, the identification with general values decreases, and at the same time the tendency to polarize increases."