Besides a performer, Jasper Somsen is a renowned studio producer. Being both the bassist and/or producer he was responsible for the latest highly acclaimed albums by Enrico Pieranunzi, Bob Sheppard, Lynne Arriale and Jean-Michel Pilc for Challenge Records International. As a leader he released “Dreams, Thoughts & Poetry” (The Music of Enrico Pieranunzi – 2010), “Sardegna” (2013) and the albums “A New Episode In Life, part I & II” (2017).

Jasper ‘s long time friendship and collaboration with the Portuguese vocalist Maria Mendes got awarded with the Dutch EDISON 2020 for the album “Close To Me” (Maria Mendes feat. John Beasley and the Metropole Orkest). The arrangement of the famous fado “Asas Fachadas” got an American GRAMMY 2021 and a Latin GRAMMY 2020 nomination.

Jasper performes world wide and can be heard on more than 40 albums. Outside a busy playing and studio producing schedule, Jasper divides his time between composing and teaching. Since 2001 he live performed and recorded many film music scores. 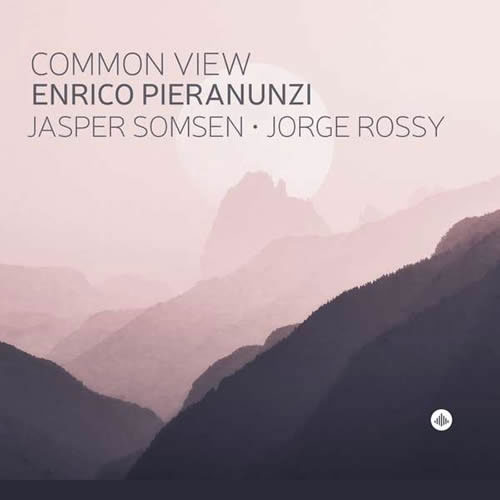 After more than 30 concerts and many excellent reviews about their first trio albums “Tales From The Unexpected” and "European Trio", the Italian pianist Enrico Pieranunzi and the Dutch double bassist Jasper Somsen recorded their third trio album with the Catalan drummer Jorge Rossy: “Common View”. The new album is an equal and refreshing collaboration featuring these three masters both as performing artists and composers. Three totally different lives, characters and backgrounds collide as one “Common View”. Release Challenge Records, produced by Jasper Somsen.

Enrico Pieranunzi has long been one of the best-known and appreciated personalities on the European jazz scene. Pianist, composer, arranger, he has recorded more than seventy CDs under his own name, ranging from solo piano to trio, and from duet to quintet. He has played in concert and in the studio with Chet Baker, Lee Konitz, Marc Johnson, Joey Baron, Paul Motian, Chris Potter and Charlie Haden, performing at all the most important international festivals, from Montreal to Copenhagen, from Berlin to Madrid. Pieranunzi's formative years embraced both classical and jazz piano, and the influence of Debussy is readily apparent in the lush romanticism at the heart of his music.

Besides his work as a drummer, Jorge has a distinctive voice on the vibes, marimba and piano, and a unique sound as a composer and bandleader. Since his first CD under his own name, Jorge Rossy Trio Wicca (Fresh Sound), recorded in 2006, Jorge has recorded 12 albums as a bandleader or co-leader, to critical acclaim from publications such as Jazz Times, Downbeat, Jazz Around, and All About Jazz.