Jens Düppe is a German drummer.

Jens Düppe is "one of the most innovative representatives of improvised music from this country" (Jazzzeitung). Continuously he calls new projects and artistic meetings of most different musical directions into being.

As a composer and bandleader, he released four albums with his quartet and very recently his first solo album. In 2018 he was nominated for the ECHO Jazz in the category "best drummer national" and in 2019 he received the WDR Jazzpreis in the category "improvisation". Since 2011 he initiates and curates various improvisation concert series in NRW, including the interdisciplinary concert series "Kommunikation 9" or "Blind Date".

He has received commissions from the festival "ACHT Brücken Musik für Köln", the European Church Music Festival in Schwäbisch Gmünd or the Böll Foundation in Berlin, among others. As a lecturer he was active for "Jugend jazzt" and the "Bundesjazzorchester".

He started learning drums at the age of 10 and studied jazz at the music academies in Weimar, Amsterdam and New York City until 2002. Düppe also worked with the German Radio Big Bands from Frankfurt and Hamburg and the Brussels Jazz Orchestra. He has traveled to all five continents for the GOETHE Institute with ever-changing lineups and projects. 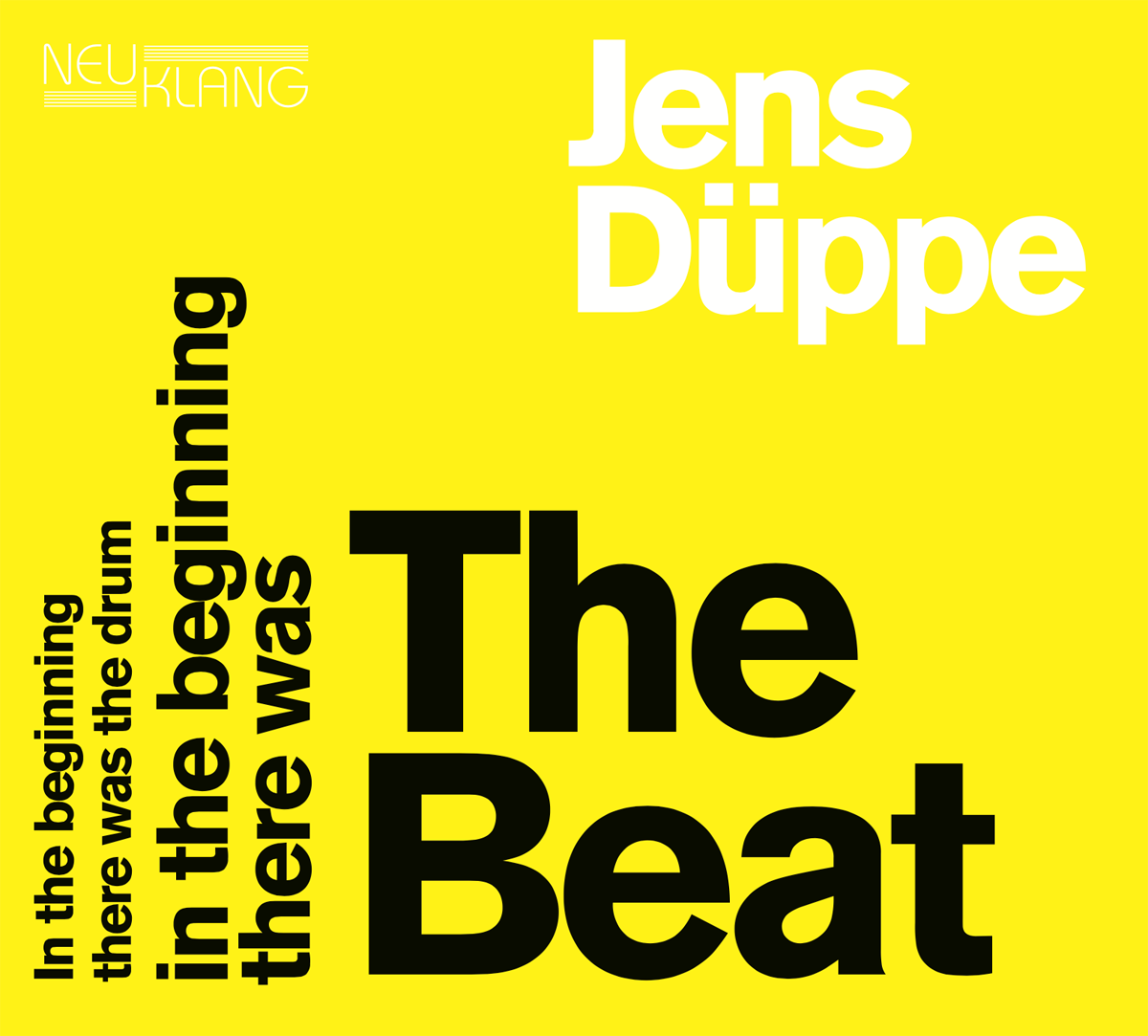 This album is more than a concept album, it is a kind of manifesto. Starting with spoken word to pure percussion. Some listeners may take fright at the subject of lyricism and jazz. Here it is programmatic prologue. A tractatus drumologico metaphysicus: "in the beginning there was..." - this is the genesis, here it becomes fundamental. The beat when waking up, the beat when falling asleep and the heartbeat in the time in between - a syncopated heartbeat runs subliminally through the whole album as a kind of leitmotif. But ultimately it's about a genesis: how the beat becomes a rhythm. A rhythm in which existence takes place, a rhythm in which music happens.

Each piece arises from a rhythmic nucleus, which can grow into different patterns, which in turn, slightly shifted against each other, overlap polyrhythmically. This sometimes leads to intricate structures, which, however, remain amazingly transparent despite all complexity. Harmonically, therefore, restraint is called for: One improvises modally over simple reversals. The sound design is all the more differentiated. Frederik Köster, with his very present trumpet tone and his dynamic way of playing, has long been a proven partner for Düppe. Christian Ramond on bass masters the bowed drone as well as the delicate melody line. Lars Duppler on piano is as stylistically confident as he is musically historically versed: the homage to Keith Jarrett ("Big K"), who liked to develop his improvisations from a rhythmic nucleus, succeeds just as confidently as the recourse to elements of Renaissance music in "The Chase", a caccia, a free polyphonic fugato between trumpet, piano and drums. There is also a reference to John Cage, for whom the beat constituted, as it were, the difference between nothingness and the being of something.

This album is the rare stroke of luck of a theoretically charged conception, which, however, remains highly musical in every second, full of joy of playing and atmospherically very intense, because through the concentration on the beat the cardial and thus the vegetative nervous system is directly addressed.
THE BEAT was produced in cooperation with Deutschlandfunk for Neuklang.

Now there is finally the solo program that Jens Düppe had been planning for a long time. Sensational and unique is this new program ego_D. A single performer conjures here with drums, piano and synthesizer simultaneously finely balanced sound worlds. Rich in colors is this solo by Jens Düppe. Worldwide concert tours and international music projects he processes and combines here personally and directly, unadulterated from the deepest inside and creates a music that touches immediately.