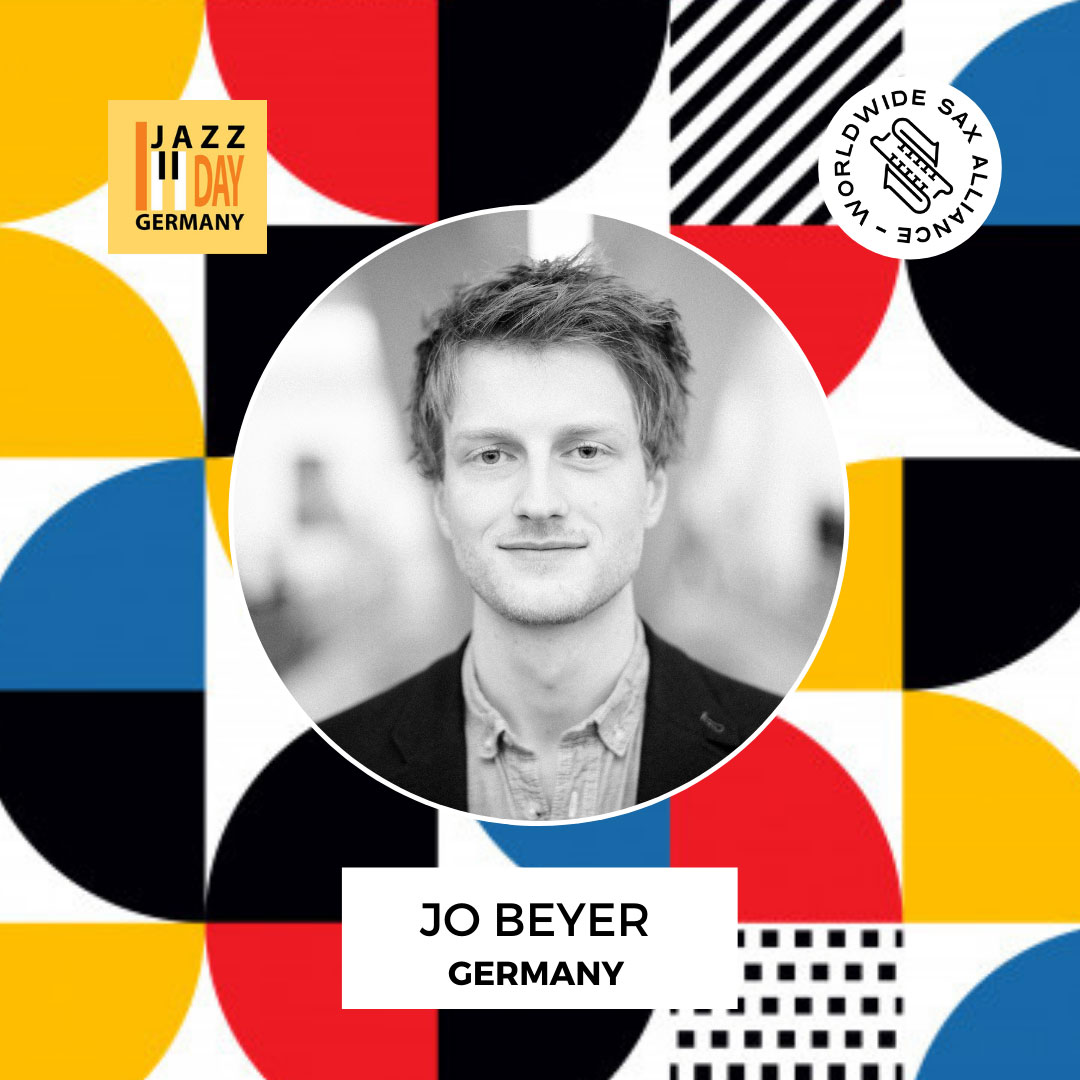 Jo Beyer (*1991) is a German drummer and composer, who reached and delighted a wide audience across the globe with his unique and energetic manner of playing drums, composing and collaborating with different musicians.

As child he started playing the piano and switched to drums later on, which he studied at Hochschule Osnabruck (Germany) as well as Royal Academy of Music Arhus (Denmark). He primarily works with his own quartet JO and the trio Malstrom which has already released four albums (one with piano player Florian Weber) and played large tours all over the world.

His own band JO, which he founded in 2015 and composes the music for, recently released their second album and plays with all elements of musicals parameter, which combines his unique way of playing drums and expressing his music to arrive at a very communicative and improvised interpretation as well as uncompromised fun with his own catchy compositions. He also works a lot with the extreme dynamic range of playing highly energetic music and does research in creating experimental sounds on the drumset.

The experimental quality of Jo Beyer's music coupled with his signature emotive expression, has led jazz- award juries to recognize him as being disruptive and innovative in the contemporary scene and supported his musical idea with awarding him a bunch of renowned international new comer jazz prizes. Next to intense touring all over the world and holding workshops, also in cooperation with Goethe Institut, in about 15 countries he regulary participates in radio- and television productions. Additionally to his work as bandleader he plays a lot in different bands and projects as sideman and recorded a bunch of CDs.