Berlin-based Johannes Bigge, born in 1989, grew up in a family of musicians and has been playing the piano since the age of eight. In addition to his classical training, he began improvising and composing and soon began playing in various bands.

He studied jazz piano with Richie Beirach at the HMT Leipzig and then continued his studies as a master student of Michael Wollny.

For his music Johannes Bigge was awarded the Leipzig Jazz Young Talent Award of the Marion Ermer Foundation.

He founded the Johannes Bigge Trio while still a student. The bassist Athina Kontou, who comes from Greece, has been with the trio from the beginning. In 2014, the Berlin-based drummer Moritz Baumgärtner joined the group.

The debut album "Pegasus" was released in 2016 on the label nWog-Records, which received highly positive reviews in the trade press.

Johannes Bigge combines in his music the influences that have shaped his musical history: classical training, the discovery of pop music and the example of great jazz pianists. With Athina Kontou on contrabass and Moritz Baumgärtner on drums, the trio follows the paths opened up by the pianist's compositions. The three musicians move between composed passages, which sometimes sound powerful-repetitive, sometimes lyrical-atmospheric, and the wide space for improvisation.

The bassist Athina Kontou grew up in Frankfurt am Main and Athens. She studied jazz - double bass and electric bass in Weimar and Leipzig and is active in the Leipzig jazz and world music scene. Currently she plays as a permanent ensemble member with the Johannes Bigge Trio. In 2014 she founded her own band, among others, in which she combines the music of her Greek homeland with the sound language of jazz. 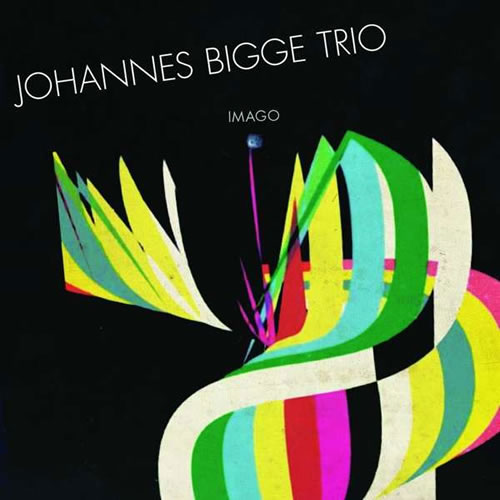 The piano trio is one of the most common formations of that highly heterogeneous musical form which, for the sake of simplicity, we still call jazz. Those who want to make themselves heard in this format must consequently come up with something special. One of those who can do that is Johannes Bigge. The special thing about the Leipzig-based pianist is that he doesn't make it sound special at all, but quite easy, logical and natural.

Born in Berlin in 1989, Bigge grew up in a musical home, initially with classical music, but at the same time was influenced by the emotional directness of pop. At the age of 16 he discovered the piano trio as an adequate form of expression, to which he has remained faithful to this day. In the course of his career to date, during which he has been assisted by Richie Beirach and Michael Wollny, among others, he has opened himself up in all directions, at the same time throwing off more and more ballast in order to fully develop his own idiom. In 2010, he formed his current trio, which has included the incredibly dynamic bassist Athina Kontou since the beginning. The drumming jack-of-all-trades Moritz Baumgärtner completed the formation four years later.

"Imago" is the second album in this line-up after "Pegasus". From the first note on, the music seems like a collective liberation strike. Bigge does not deny any of his role models, which can be found equally in jazz, classical music and pop, and yet the three visionaries make music so intuitively and musically, as if there had never been a recording of another piano trio before. It is neither about expectations nor about filling in preconceived forms. On the contrary, each song is a new journey of discovery. While the compositions are penned exclusively by the pianist, the basic nature of the trio resembles an equilateral triangle, known to be one of the most resilient geometric shapes of all. However, the length of the sides and the center of gravity are renegotiated in each song.

The equilateral nature of this triangle can also be effortlessly applied to the three components of jazz, pop and classical, which are equally inherent in the music. Whereby it is not about fusion or superficial crossover concepts, but about a kind of spiritual penetration of the attitudes underlying the said three basic genres. "I try to transfer the emotions that are in pop into jazz," Bigge explains, "because I often lack them in jazz. The instrumentation, the improvisation and our approach to different parameters and forms come from jazz, of course. However, it is important to us that the improvisations always have a function within the piece and sound as if they were part of the composition. As a composer from Leipzig, I am of course also influenced by the structural clarity of a J.S. Bach. In the end, we always want to bring complexity together with accessibility."

What is immediately striking is the brevity and conciseness of the pieces. Committed to the spirit of spontaneous improvisation, however, Bigge is fully a composer. He weighs all aspects of a piece of music and knows exactly how much of what a piece needs. What needs to be said, gets said, and that's it. At the same time, the tracks are full of dynamics, emotion partly contrary movement as well as surprising changes of mood and tempo. Despite provocative asymmetry, Bigge always concentrates on the essentials. Skillfully he plays with contradictions. Thus, his compositions are equally complex and simple, fervent and matter-of-fact, staggered and easily accessible, clearly structured and yet full of coded images. You only have to listen to this album once, and from the multitude of motifs, any number of retrievable ones will stick in the listener's inner player. Of which jazz piano album could this be said without reservation?

The term Imago suggests both image and unity. The Johannes Bigge Trio is always and in every playing moment in the picture. It hardly matters which parts are improvised or composed, because the respective images are extremely flexible. For Bigge himself, imago has yet another meaning. "I had read about insects, the last stage of their metamorphosis after larva and pupa is called imago, the finished 'image of the species', so to speak. The piece ,Imago? with its idyll at the beginning, which is abruptly broken several times and then develops into something quite different, carries this metamorphosis, the piercing of the pupa and appearance of the imago." This reading also makes sense, because basically the songs are about different states of composition, of which what is commonly understood as improvisation is merely the most spontaneous. What counts is the result. Perfection as an expression of transience. "Applied to the album as a whole," Bigge says, "both we as a band and the music have undergone a metamorphosis since the last album."

Let's not get caught up in conventional terminology and ways of looking at things here, however, because they don't do justice to the music of the Johannes Bigge Trio. What is created here does not want to be explained, but imagined in the most immediate sense of the album.