Johannes Enders is a German saxophonist, composer, producer and teacher. Since 2009 he has held a professorship for jazz saxophone at the Felix Mendelssohn Bartholdy University of Music and Theatre in Leipzig.

Born in Weilheim on May 12, 1967, Johannes Enders' musical career began at the age of 14, when he switched from flute to alto saxophone and discovered his love for soul and jazz music. Strong influences for him at that time are Stevie Wonder, Quincy Jones, David Sanborn, James Brown, Michael Brecker and later finally Charlie Parker and John Coltrane.

It quickly became clear to him that music would define his life. After a few years of apprenticeship with Jürgen Seefelder and André Legros at the Richard Strauss Conservatory in Munich, he travels to the Music Academy in Graz in 1987 to study jazz saxophone and improvisation with Charlie Miklin, Adelhard Roidinger and Carl Drewo. There it lasts him only two years.

After meetings with key figures such as Jerry Bergonzi and David Liebman, with his mentors Vincent Herring and Reggie Workman, who arranges a scholarship for him at the New School in New York, his long-cherished dream comes true, to move to the capital of jazz to study and play with such greats as Donald Byrd, Jaki Byard, Jeff Tain Watts, Brad Mehldau, Chris Potter, Joey Calderazzo, Sam Rivers, Peter Bernstein, Joe Locke, Pete LaRoca, Roy Hargrove and many others.

His silver trophy at the "American Music Fest" in San Francisco (1990) and the
participation in the renowned "Thelonious Monk" competition in Washington D.C. the following year also pave the way for him in the promised land.
Back in Germany, Johannes Enders quickly established himself as one of the most important voices on the tenor saxophone and was signed by the renowned jazz label ENJA Records. Here he founds his own projects such as his Acoustic Quartet, his saxophone quartet ZeitGeistMaschine and the duos with jazz legend Günter Baby Sommer or with Rainer Böhm as well as his electro-jazz projects Enders Room and Enders Dome.

As a sought-after sideman in bands such as The Notwist, Tied & Tickled Trio, Billy Hart European Quintett, Günther Baby Sommers Quartett Süd, Franco Ambrosetti Quartett, Karl Ratzer Quintett and many more, he has since played in all the major clubs and festivals and immortalized himself on over 100 studio recordings to date. 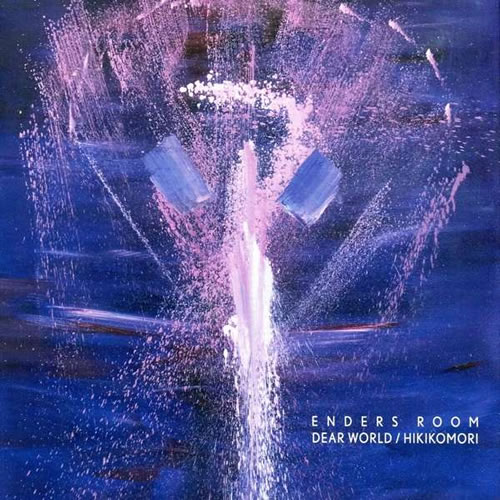 It would be easier with texts. A poem, for example, or a questionnaire, ways of getting to the bottom of reality with the clarity of words. Music, on the other hand, is more ambiguous, both an opportunity and a challenge. One can call a piece "Dear World" in the hope that the listener would discover in it, just like the artist, a message to the world, an apology perhaps or an invitation to feel responsible for oneself. Whether it will be understood, however, remains an open question, especially if, like Johannes Enders, one has already developed an advanced system of musical coding that translates one's own emotional states and insights into sound. Sometimes he deals with a degradation product of the blood pigment following a dangerous metabolic disorder, sometimes with happiness hormones, without which the positive perception would decolorize to a gray veil of emotional monotony. No problem for the descriptive mind, but a real task if one wants to act without verbal or optical aids.

The phenomenon "Hikikomori" is also such a case. In Japan, it stands for people who gradually break off contact with the outside world and withdraw into a cocoon of self-reference. They not only stay in their rooms to themselves, but also isolate their environment from the rituals of everyday life. For rebellion through withdrawal hits a society built on clear, iron rules of behavior harder than offensive protest. It marks the superfluity of the big picture and the values handed down in favor of a self-chosen autism and is thus a very Japanese way of holding up a mirror to the world. For Johannes Enders, on the other hand, it is a multifaceted semantic field that demands to be encircled. As a medium of approach he chooses Enders Room, a laboratory of long-time companions to whom he no longer has to explain the possibilities of musical realization. They know him as a skeptic and hymnist, as a lateral thinker and moderator of opposites. As one of the most reflective saxophonists of his generation.

Because that's what "Hikikomori" is all about. Formally, Johannes Enders tests the possibilities of contemporary arranging, the dramaturgy of tension arcs and also the stringency of continuous musical movements and transformations. It juxtaposes models, the "Electric Room", which he essentially produced alone and only had colleagues change in places, and the "Acoustic Room", which takes up motifs, continues them and lets the synthetic dissolve in the analog and natural sounding. This also closes the circle to the title theme, which at first seems rather cryptic. For from a musical point of view, Johannes Enders allows the threat to the individual, felt above all through the complexity of the artificial, to dissolve in the naturalness of sound. The equation is simple: the more analog, acoustic, individual power, the more jazz, as Johannes Enders means it. This also works without words.