"Long story short I admire her mature approach and the way she listens to her instincts and the inner voice... But as I said above, her lack of mannerism and complete openness to what comes are her greatest strengths..." - Greg Drygała, JazzPress

Polish pianist, arranger and composer. Pietrzko has been nominated for a Fryderyk Award in 2018, in the Debut of The Year category, and is ranked as the second New Hope in the monthly Jazz Forum.

In the opinion of distinguished Polish jazz musicians, she is characterized by her improviser’s instinct, harmonic imagination and tonal creativity. Student at the Krakow Academy of Music, graduate of the Complex of State Music Schools in Bielsko-Biała. To date, the artist has recorded albums with Joanna Słowińska and Sinfonietta Cracovia, as a part of Zielnik Polski (“Polish Herbarium”), recorded at the The Krzysztof Penderecki European Center for Music in Lutosławice; she was also a co-creator of the debut album Stanisław Słowiński Quintet.

Since 2017, the artist has been a member of The Tony Williams Tribute, which is led by outstanding drummer Michał Miśkiewicz. She has also worked with Adam Larson, Troy Roberts, Henryk Miśkiewicz, Mateusz Smoczyński and Adam Bałdych. Places where she has played concerts include festivals in Spain, Serbia, Romania, Slovakia, The Czech Republic Hungary, and in China.

On February 14 th, 2018 she played her first concert with Tomasz Stańko, at the Krakow club Alchemia, and successive concerts are planned. 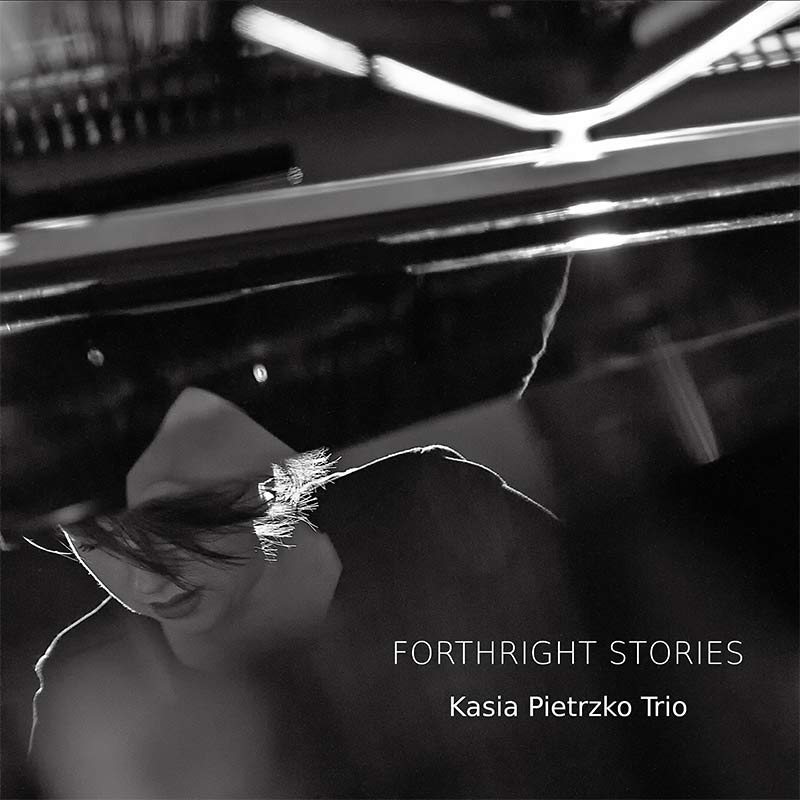 "Forthright Stories" are reflections of my intentions, which have been with me ceaselessly since I started working on this album.

The simplicity of black and white and their depth form a graphic correspondence with sounds, resulting in a meta-entity (or instead of "a meta-entity" "an entity").

This album is my invitation to you to discover the intangible "Open Stories".

For me, the most important element of creation is authenticity and sincerity."