Pianist Keno Harriehausen, saxophonist Karlis Auzins, cellist Maya Fridman and bassist Andris Meinig don't beat around the bush for long. From the very first note, they make it clear what this is all about. Subtle force is paired with haunting clarity. This music grabs you with every note, every breath, every movement. It does not stay out of it, does not remain neutral, does not content itself with the background. Keno Harriehausen and his musicians from Germany, Russia and Latvia take the liberty to take the listener to the limits of intrusiveness in the most positive sense.

The instrumentation alone testifies to the unusual nature of the band. With tenor saxophone, cello, double bass and piano, the combination is more reminiscent of a modern chamber ensemble than a jazz band. But the pianist and composer is not at all interested in recorded jazz formats. More than sixty years ago, the American composer, conductor and music theorist Gunter Schuller demanded in his theses on the so-called Third Stream that the combination of jazz and classical music should not result in jazz with classical music or classical music with jazz, but in an independent music that frees itself from common reflexes. What Schuller himself failed to achieve at a high level, Harriehausen achieves in an almost magical way. The music recalls moments of Shostakovich, Reger, and Ravel, but also great moments of American free jazz and Scandinavian timbral invention. All these references, however, are lost in the vehemence of what is currently being played and in the compelling responsibility towards each individual note.

To get to this point, Harriehausen has wandered far. He has lived in Amsterdam, Trondheim and Copenhagen, experimenting everywhere with timbres, structures and translations. The instrumentation of his quartet has changed several times. Originally, a drummer was on board instead of the cellist. "There was a spark between us right away, and we didn't question what we were doing at all," Harriehausen recalls. "However, with the melodies, I always felt that the classical European aspect could be expressed even better. The cello was the perfect string instrument for me because it has this weight and drama."

What Harriehausen has sown over many years in northern Europe is now blossoming in Leipzig. It may be due to the Nordic influence that Harriehausen's compositions always seem a little like landscape painting cast in sound. However, these imagined landscapes not only stretch out before the associating eye, but the gaze is also directed inward. " Regardless of current trends, this perspective is very important to me, says Harriehausen. What matters to me is to be in contact with myself. My goal is to create music that allows listeners to feel the moment even more deeply." 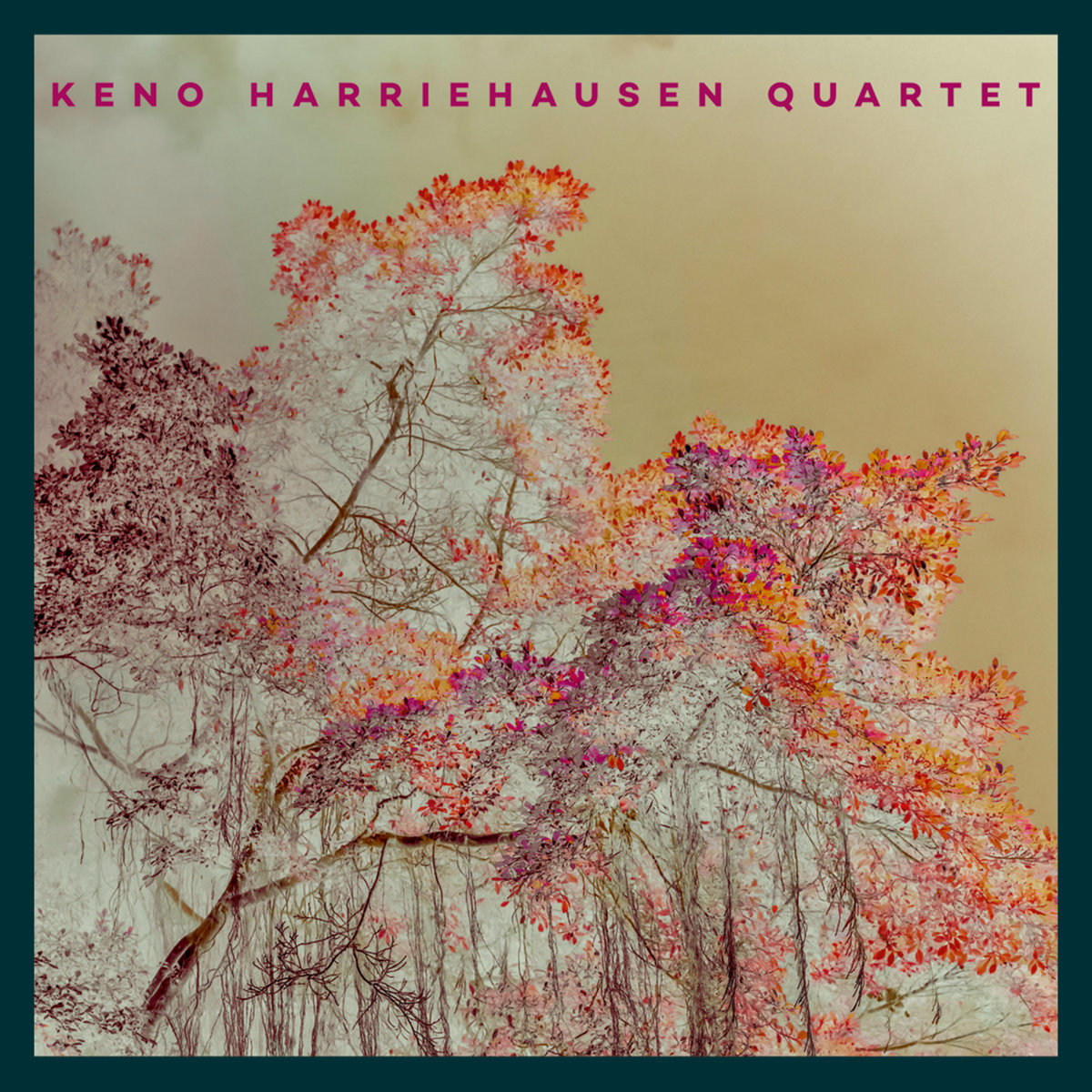 The Keno Harriehausen Ensemble creates a sound world between devoted, lively jazz improvisation and a musical-compositional language deeply rooted in European culture. From Ravel to Jan Johansson; from Shostakovich to Gabarek.

Originally formed in Amsterdam as a classical jazz quartet with saxophone, piano, double bass and drums, it was their shared fascination with the power and energy that can arise in the moment of improvised music that brought the quartet together. With this sound inspired by John Coltrane and Keith Jarrett, the quartet won several competitions in Belgium and the Netherlands (international Zeeland Jazz Award, Ujazz Award, Mechelen Jazz Contest, Sena Jazzprijs). After a few years, saxophonist Karlis Auzins and pianist Keno Harriehausen moved further north, to Copenhagen and Trondheim.

There they intensively explored Scandinavian jazz, improvised music and their own European roots. The need for an expression more rooted in their own European culture came to the fore, which was found in an almost chamber music-like instrumentation. The drummer from the USA was replaced by the cellist from Norway and the band sound between jazz and classical music, saxophone and cello, full of life and subtle intimacy developed.
Lakeland Records