Lilly-Ann Hertzman is a Danish jazz musician who performs under her given name, Lilly.

LILLY aka LILLY-ANN HERTZMAN (b. 1973) is a singer, songwriter and producer who has received great reviews for creating evocative songs and soundscapes of a rare kind and with a personal expression and sound. Her inspirations and influences are many and goes across genres like jazz, singersongwriter, folk(lore) and pop. Her origins also cross borders, with a mother from Japan and a father from Denmark.

Lilly has released four acclaimed albums. Two with own lyrics in English, Before The Crossing (2005) and Love Is A Sound (2009). Her third album, and the first with lyrics in Danish, was titled Menneskeblomst (2016), a selfinvented word that means Humanflower. The duoalbum , Tenderly feat. Gilad Hekselman (2017) , received rave reviews from USA, Germany and Denmark, and was chosen as Top 5 Best Vocal Release 2017 by The New York City Jazz Record.

Lilly is educated from the Royal Academy of Music in Aarhus, Denmark, from the department of music & movement, and has played, recorded and collaborated with some of the finest, most talented and versatile creative musicians in Scandinavia, Europe and US. Among others Lew Soloff (US), Aaron Parks (US), Gilad Hekselman (ISR), Kirk KnuWe (US), Gustaf Ljunggren (S), Anders AC Christensen (DK), Jonas Berg (S), Jeppe Kjellberg (DK), Thommy Andersson (S), Krister Jonsson (S), Jacob Fischer (DK) a.o. 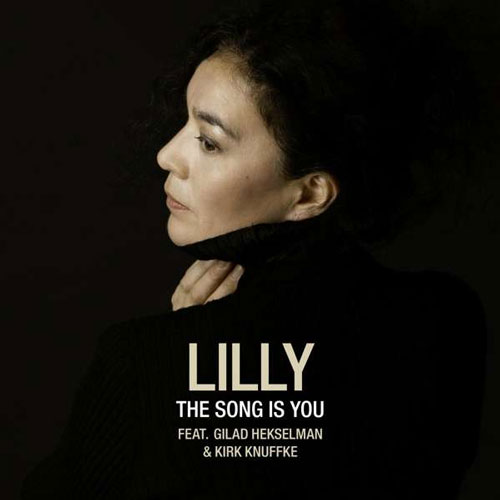 Lilly feat. Gilad Hekselman & Kirk Knuffke - The Song is You

Interpreting the standards from the Great American Songbook is considered by many to be the supreme discipline in jazz. Anyone who dares to sing songs like “My Foolish Heart” by Victor Young and Ned Washington, “It Might As Well Be Spring” by Richard Rodgers and Oscar Hammerstein or “Prelude to a Kiss” by Duke Ellington automatically exposes himself or herself to the comparison with hundreds of performers who have already sung them.

For the Danish jazz singer Lilly – full name Lilly-Ann Hertzman – they also are part of her musical DNA. “I love these songs; they speak to me,” she said with enthusiasm. “I have been listening to and singing jazz since I was a teenager, so I am very familiar with these songs. I mostly only sang my own songs on my first three albums. But it was completely natural for me to sing these other songs now.”

She already did this on her previous album “Tenderly”, in a duet with the Israeli-American guitarist Gilad Hekselman. The album received euphoric reactions. For Lilly, this was a reason to dare something similar without repeating herself. This time, Kirk Knuffke joined the tried-and-tested duet of singer and guitarist. The American trumpeter brings an additional tone quality into play.

“The entire album was recorded in New York on one day; it was very spontaneous,” the singer stated with obvious pleasure. “Of course, I was very happy to be able to record with Gilad and Kirk.”