Lucia Cadotsch received vocal and classical piano training at an early age. She studied jazz singing at the Berlin University of the Arts and at the Rytmisk Music Conservatory in Copenhagen. She used the voice as a versatile instrument and thus developed her vocal style. The ZEIT considers the Swiss singer to be one of the most important protagonists "in the revival of jazz singing beyond the worn-out standards and singer/songwriter clichés. She has been living in Berlin since 2002, where she collaborates in many progressive projects of the European scene.

"Speak Low" the debut album of the trio of the same name meant the international breakthrough for Lucia Cadotsch. The reactions of the press were euphoric: maximum score in the English Guardian, maximum score in the renowned Downbeat Magazine, in 2017 the ECHO Jazz as singer of the year and in 2018 the invitation to the Winter Jazz Festival to New York City 2018. Together with the masters of retrofuturism Petter Eldh on double bass and Sandsjö on tenor saxophone she sings a fascinatingly beautiful collection of modern interpreted traditionals. Live, minimalist, symphonic.

With saxophonist and producer Wanja Slavin she runs LIUN + The Science Fiction Band, synthpop for the people of the day after tomorrow. The debut album "Time Rewind" (2019) opens a completely new sound chapter: Urban music with dark beats, shimmering synths and pulsating hooklines. Wanja Slavin's multi-layered orchestral arrangements are carried by Lucia Cadotsch's radiant voice. LIUN thus creates a phantasmagorical world, a synthesis of digital and analog elements, a reflection of our time, which is as fascinating as it is contradictory. Now the two are taking another step with the new large ensemble format LIUN + The Science Fiction Orchestra, as well as the collaboration with the EOS chamber orchestra LIUN Symphony.

Lucia Cadotsch was a founding member of Schneeweiss + Rosenrot with whom she released three albums and won the New German Jazz Award in 2012. She is also currently collaborating in various formations with London ECM artist Kit Downes, as well as in duo with guitarist Ronny Graupe.

With sheer telepathic, musical communication and precise ensemble work, Lucia Cadotsch shows how much potential there is for further artistic adventures in her "Speak Low" trio. The new album spans a wide range of music by artists as diverse as Brian Eno, Rickie Lee Jones, Luciano Berio and Tony Williams. And once again, the band's distinctive sound reworks the original compositions into wholly contemporary music, opening them up to a new generation of listeners while surprising connoisseurs with fresh versions of familiar songs. While Lucia Cadotsch breaks through all the conventions of jazz singing, saxophonist Otis Sandsjö creates strands of feather-light tones and Petter Eldh manages a balancing act of power and lightness, proving once again his role as one of today's most important jazz bassists. 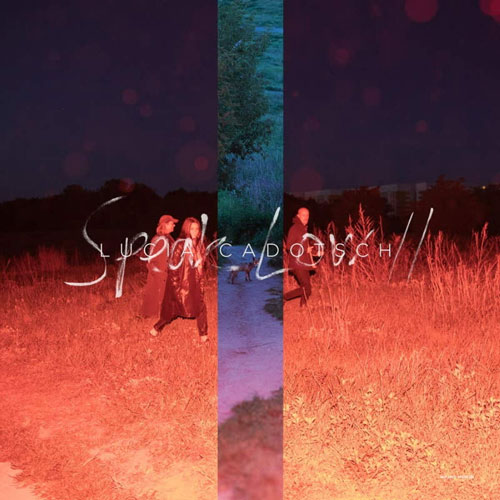 "Speak Low II" follows up on their genre-bending and forward-thinking debut album, introducing new nuances to the band's sound and diving even deeper into the songs they tackle. What makes the album special is their approach to really get to the core of each composition with seemingly minimal means, creating a sound that is both instantly recognizable and remarkably haunting.