This music immediately had a refreshingly original effect, carried by a certain lightness behind which complex structures opened up on closer listening... - JAZZ'N'MORE

The Swiss pianist and composer Luzia von Wyl is writing mostly for her own group, the Luzia von Wyl Ensemble, which is a small contemporary jazz orchestra with strings, woodwinds and a rhythm section. She loves rhythm, odd meters, colours and emotional playing  and she has an absolute passion for large ensembles. Besides her own projects she regularly writes music for other musicians, ensembles and orchestras as well.

Luzia gets invited to festivals in Switzerland and abroad: To the Swiss Days Dubai, the Reset Festival Luxembourg, the Lucerne Festival, the Schaffhauser Jazzfestival, the London New Wind Festival and the Jazzwerkstatt Bern to name a few. Her compositions have been premiered in London, New York, Berlin, Vienna, Budapest, Prague, Dubai, Luxembourg, Zürich and played in many more countries. Luzia was a winner oft the international composition competition of the Chicago Ensemble (2017) and the Orchestra of Our Time New York (2011).

Strings, woodwinds and a rhythm section - in 2013, Swiss composer and pianist Luzia von Wyl founded her ten-piece Contemporary Jazz Orchestra to create a workshop for her compositional work. Since then, the Luzia von Wyl Ensemble has played in an almost unchanged line-up on a wide variety of stages around the world, and all of the musicians involved are passionate about their work. Luzia's music is rich in timbre, plays with rhythms and odd time signatures and it grooves - on stage stories must be told and sparks should fly: a unique world full of adventure and surprises! 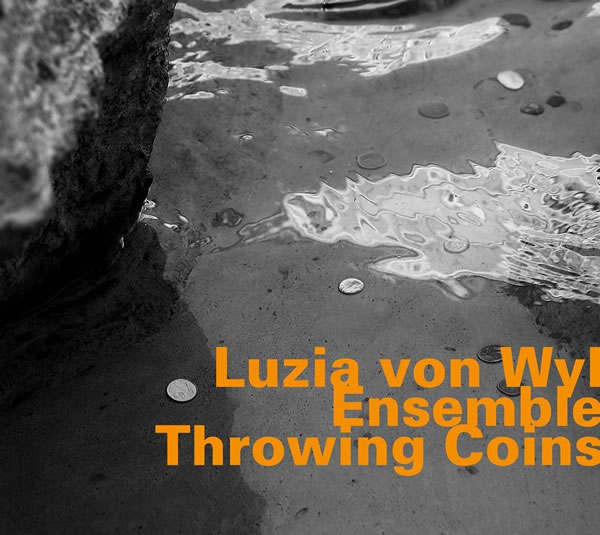 Luzia von Wyl's music receives its impetus and distinctive palette of colors from a wide variety of places and experiences, but this time it may be Rome and the Trevi Fountain where the threads come together. Is there abundance here? Yes, in abundance! Beyond that life, health and a goal. All directly from the imagination of one of the most original young composers in Europe.