As a trumpeter and composer, Markus Stockhausen is internationally one of the most versatile musicians of our time and is known as a musical border crosser. From 1975 to 2001 he worked intensively with his father, the composer Karlheinz Stockhausen, who wrote numerous works for him. As a soloist he appeared in his great music-dramatic works from "LICHT", among others, on the stages of La Scala in Milan, Covent Garden in London and many stages worldwide.

With his own music projects such as the MARKUS STOCKHAUSEN GROUP, INSIDE OUT with Florian Weber, MOVING SOUNDS with Tara Bouman, WILD LIFE and others, Markus Stockhausen performs internationally. As a composer, he has realized commissioned works for the 12 Cellists of the Berlin Philharmonic, the London Sinfonietta, the Metropole Orkest, the Hamburg Symphony Orchestra, the WDR Funkhausorchester, among others. In 2005 he was awarded the WDR Jazz Prize as best improviser, in 2017 the "Silberne Stimmgabel" of the Landesmusikrat NRW as well as the JTI Jazz Award, and in 2018 he received the prestigious Echo Jazz Prize. He has released more than 90 CDs in over 40 years of musical creativity on ECM, EMI classics, Enja, Sony/OKeh and other renowned labels.

Markus Stockhausen gives many seminars on "Intuitive Music and More" and "Singing and Silence - When the Soul Sings", with singing as a wonderful way to the source within us. His interest is in "transformation through sound". Recently he published his first book with his own texts, poems, aphorisms under the title "In the inner garden".

Markus Stockhausen has campaigned for a life with less mobile phone radiation with several petitions and the foundation of bvmde.org. 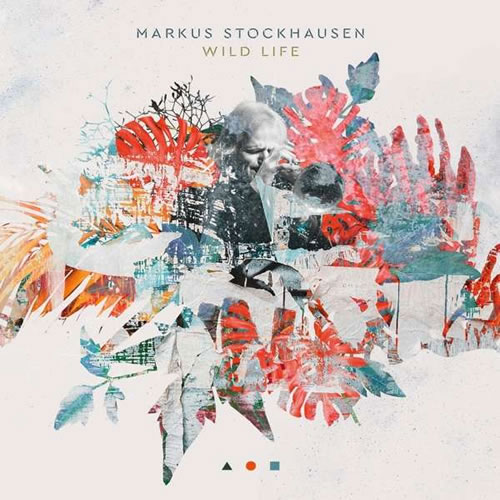 Markus Stockhausen is considered one of the world's best trumpeters. He researches incessantly, productively and successfully at the intersection of jazz, classical music, new music and electronic experiments for new possibilities of expression.

"Wild Life" is here and now an opus summum on three CDs, a real statement of what is conceivable and feasible today, of - as Markus Stockhausen himself calls it - "Intuitive Music". The Wild Life Sessions are also a musical reunion with Stockhausen's brother Simon Stockhausen, with whom he had not played live or in the studio for fifteen years. He has become an internationally known sound designer, which can be heard well here - Simon Stockhausen is also the main person responsible for mixing the music. The rhythmic foundations are laid by the two drummers Bodek Janke and Christian Thomé. Markus Stockhausen has been playing with pianist Florian Weber and cellist Jörg Brinkmann for years.

The result is music that breathes widely, which immediately unfolds its epic magic through the class and imagination of those involved and develops a magnetic pull. "Wild Life" is imaginative art on the most diverse levels with very different approaches.