Max Andrzejewski (*1986) is a drummer and composer, living in Berlin.

His energetic musical work between Jazz, Rock, contemporary composition and improvised music brings him all over the world for concerts and composition commissions.
The „maverick aesthete“ (Süddeutsche Zeitung) Max Andrzejewski studied drums at KHM Cologne and JIB Berlin. His own band HÜTTE won one of the biggest German Jazz Prices - Neuer Deutscher Jazzpreis 2013. 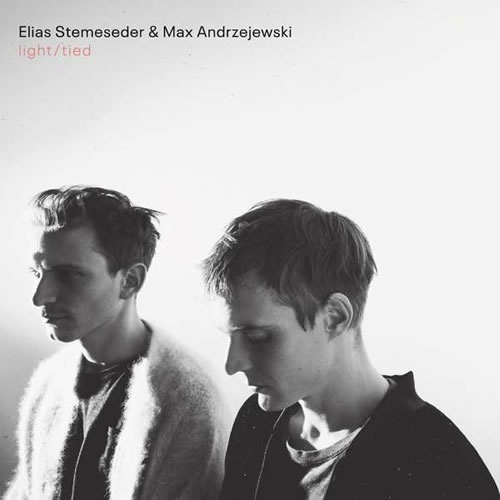 "light/tied" radiates a lunatic calm. Sensitivity and fragility run through composition, improvisation and production. Thus, the album creates an intense (electro-)acoustic experience. Despite the complexity of some of their compositions, Andrzejewski and Stemeseder never flaunt the virtuosity of their top-class ensemble. It is precisely through this modesty that the album is most unusually touching.

Elias Stemeseder and Max Andrzejewski can be assigned to a post-genre movement. They are in great demand as soloists, improvisers and composers in various intersections of contemporary musical expression. After years of intense collaboration in various projects (including Anna Webber Percussive Mechanics and KIM Collective), the idea for their own joint project emerged in 2018. The two musicians strove for a compositional, chamber music challenge in which improvisation is on an equal footing with composition.

The result is "light/tied", a sextet of strong soloists, whose pieces Stemeseder and Andrzejewski composed independently of each other, but partly on the basis of the same source material. In post-production, the separation between Andrzejewski's and Stemeseder's compositions was partially removed. Pieces were taken apart, electronically alienated and reassembled in small parts.

Everything on this album is necessary, interwoven and luminous.