He has received many awards for his artistic work, including 1st prize at the Burghausen European Jazz Prize, was a participant in the Bundesjazzwerkstatt as well as the Bundesjazzorchester and received first prizes three times in a row as well as soloist prizes at the Lower Saxony competition "Winning Jazz".

Since 2018 Michael Gudenkauf runs a quartet with Jesse van Ruller and Christian Schoenefeldt together with Eike Wulfmeier. "Personality Standards VOL. 1" was released in February 2019. 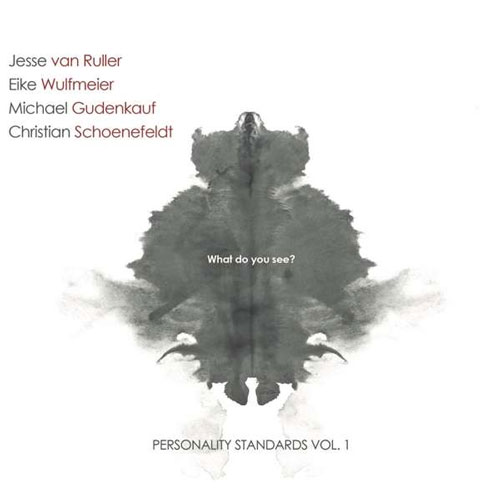 Jesse van Ruller: g, Eike Wulfmeier: p, Michael Gudenkauf: b, Christian Schoenefeldt: dr
„My music is the spiritual expression of what I am – my faith, my knowledge, my being… When you begin to see the possibilities of music, you desire to do something really good for people, to help humanity free itself from its hang-ups“
John Coltrane once said, perhaps describing better than any jazz analyst where the magic in his playing comes from.
The companions Eike Wulfmeier, piano, and Michael Gudenkauf, double bass, now lace up their hiking boots to walk the stony paths and cross the foul swamps and, in the best case, to find the longing place of their own musical personality.
The jazz musicians, both lecturers at the Musikhochschule in Hanover and firm pillars of the young German jazz scene, have been planning a joint project for several years, but their paths initially diverged. While Wulfmeier recast his Trio Center and increasingly devoted himself to composing and arranging for larger ensembles, Gudenkauf decided to take a job as a music school director and discontinue a large part of his sideman activities. 4 years later, the two now present their project as co-leaders following the best example á la Max Roach /Clifford Brown:
Personality Standards is a long-term project in which new bands will be formed. At the same time, it is a research project that wants to get to the bottom of various questions: What motivated the musicians, composers and arrangers whose pieces are now considered 'standards'? Out of what frame of mind did they compose and improvise? What constitutes their musical personality?
The first band to be found in Personality Standards features two other musical personalities: Oldenburg drummer Christian Schoenefeldt and exceptional Dutch guitarist Jesse van Ruller.
The five original compositions by Van Ruller, Wulfmeier and Gudenkauf, as well as two jazz standards, which can be heard on the debut album, leave plenty of room for musical expression, in keeping with the jazz tradition. In doing so, Gudenkauf and Wulfmeier manage to reintegrate current, modern and meanwhile independent currents of jazz into the mainstream.
Buy Album