Multi-disciplinary creator and primarily self-taught musician, Mizrahi’s distinct style is a fusion of Jazz, Folk and Eastern Music—a reflection of both his nomadic journey through life and passion for the visceral beauty of sound.

His musical path is guided by his desire to expand the intersection of instruments and genres. As part of his exploration, Mizrahi designed and built his own guitar—The Whale Guitar—a modified version of the Indian slide guitar. With 24 strings, this unique instrument, which combines acoustic and electronic sounds, allows Mizrahi to generate extraordinary layers of tones and overtones. 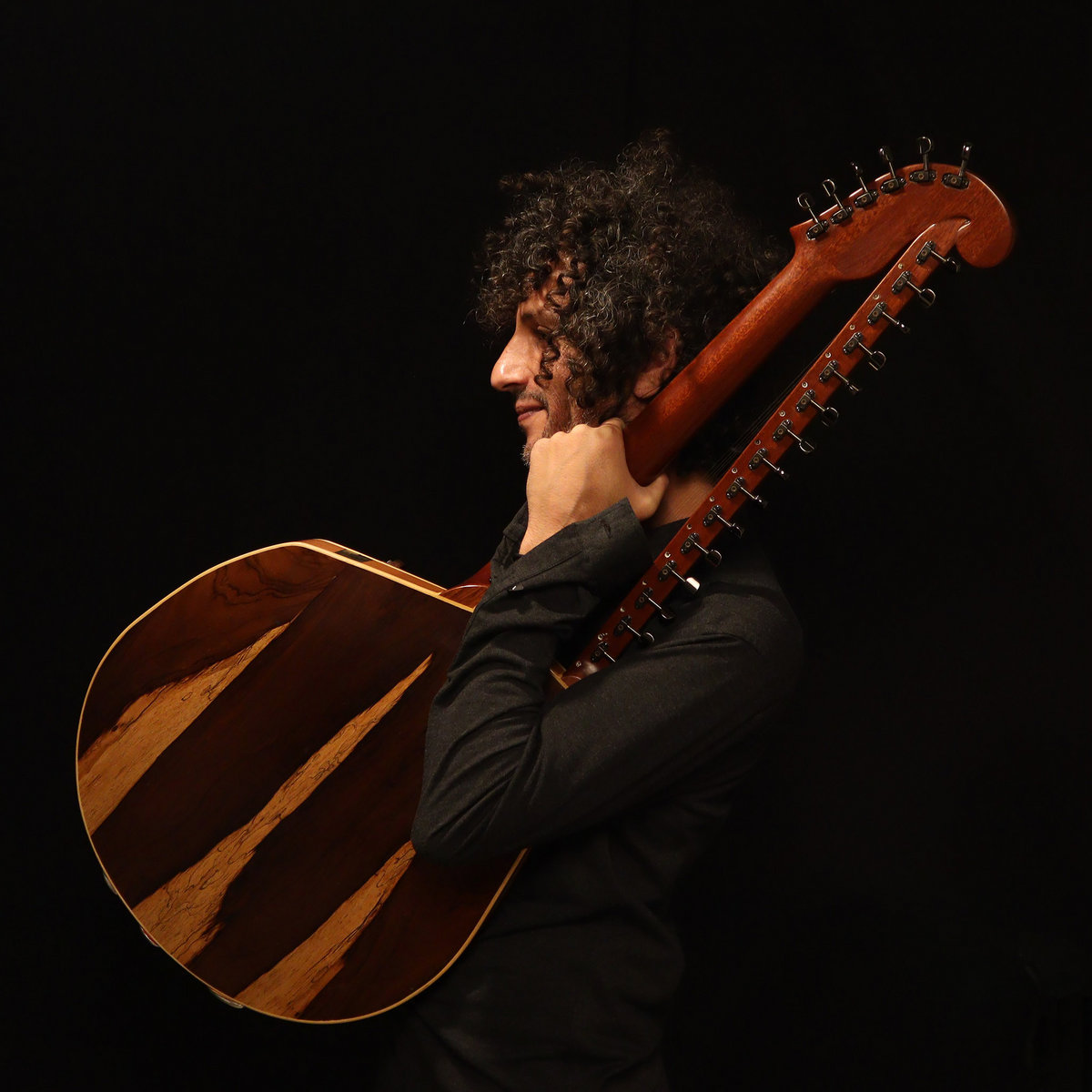 Playing original music written and composed by Mizrahi, the trio explores a musical expression where Western, Turkish, Indian and Jazz music enter into a dialogue, and where the beauty of ethnic melodies is celebrated in the spontaneous and sensual vocabulary.

Their music navigates a space in which the transcendent resonance of music becomes a cross-cultural narrative, where traditional borders begin to blur, and then cease to exist.

Mayu Shviro
A virtuoso cellist, Shviro began her journey in western classical music in Jerusalem’s Conservatorium at age six. She graduated with honors from the Jerusalem Academy of Music and Dance High School while receiving two Sharett Grants from The America-Israel Cultural Foundation. Mayu has been studying Arabic music with Elad Gabby at The Centre For Middle Eastern Classical Music in Jerusalem.

Shviro expanded her musical repertoire exploring the Turkish macam with the Greek multi instrumentalist -Evgenius Vulgaris (Greece) and Azerbaijani music with the acclaimed kamancheh master- Elshan Mansurov in Baku, Azerbaijan. Throughout her musical career, Shviro has played with ensembles both in Israel and internationally, collaborating with various musicians, including Harel Shachal and the Otmans; Peretz Eliyahu; Hayelala, Dudu Tassa & the Kuwaitis among others.

David Michaeli
Michaeli started his professional career as a double bass player at the age of 15 with Eli Degibri's young talents super-group and received a Sharett Grant from The America-Israel Cultural Foundation. He is a graduate of The Cross-Disciplinary Instrumental Department of The Jerusalem Academy of Music and Dance and the Shtriker-New School Program at the Israel Conservatory of Music, Tel Aviv.

Concurrent with his Jazz expertise, Michaeli has studied classical Arabic music with Hagai Bilitzky at The Jerusalem Academy of Music and Dance and classical Indian music on Bansuri with Nilesh Deshpande, Puna, India. Throughout his musical career, Michaeli has played, toured and recorded worldwide with Israel's preeminent musicians and bands as an acclaimed saxophonist– including Abatte Barihun; Dudi Levi; Anat Fort; Bint El Funk; Katamon Cherry among others. In 2016 he joined the group, Shalosh and has since been a contributing, creative member.