Olga Amelchenko (b. 1988 in the USSR) is a Russian jazz musician (alto saxophone, composition).

She is born in 1988 in Russia. She starts singing in choir at the age of 5, and playing piano and dombra two years later.

Between 2003 and 2006, she studies at the College of music in Abakan, beginning her studies in choir conducting, before switching to saxophone.

In 2006, Olga moves to Novosibirsk, where she studies jazz at the College of Music. After graduating in 2010, she takes classical saxophone lesson to expand her knowledge of the instrument.

Olga then moves to Germany, and studies at the « Hochschule for Musik und Tanz » in Cologne between 2012 and 2014.

Olga Amelchenko moves to Berlin in 2014, where she finishes a Bachelor of Jazz Performance in 2018 followed by a master of Jazz Composition and Arrangement in Jazz Institut Berlin in 2019.

Involved in the vibrant jazz scene of Berlin, Olga has toured in Russia,Germany, France, Holland, and Italy. Now living between Paris and Berlin, Olga is involved in the european jazz scene as a leader with the Olga Amelchenko Quartet and HELICON, and as a side woman with different projects.

“This is a surprisingly mature and musically sophisticated debut. It will be worth keeping an eye out for Olga Amelchenko, because the future may well belong to her”. Polish magazine JazzForum singled out the first recording by the Russian-born, Berlin-based saxophonist for this special praise. Her journey has taken her from singing in choirs and playing piano and the traditional dombra as a child to studies in Abakan, Novosibirsk, Cologne and Berlin. And her music? “Mysterious, enigmatic, far from obvious and wonderfully intriguing.” Jazzahead 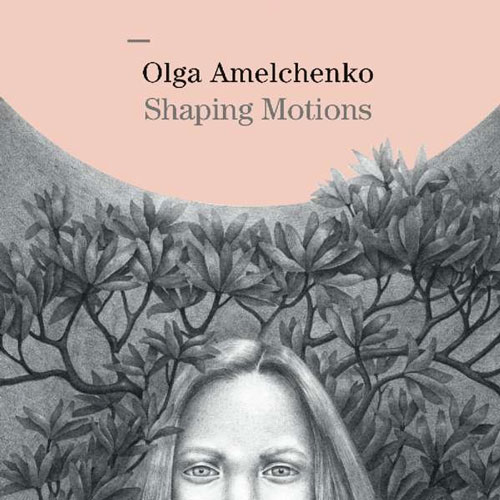 Shaping Motions is the story of Olga Amelchenko, a modern nomad, a wonder, at once restless and restful. Her music draws its inspiration from the many cities she has called her home; Novosibirsk, Moscow, Paris, Cologne, Berlin – all have left their mark on her music, carrying with them their own character, mood and experiences. Meetings and separations, memories and expectations. A yearning for home, yet a hunger for the new – the unfamiliar, the unexplored. In Shaping Motions, jazz blends together effortlessly with elements of classical music and folk, producing a rich sound that both reflects Olga’s vast musical background and creates a space for interaction and improvisation. Together with her Berlin based quartet and guests Ilkka Uksila ( vibraphone ) and Florian Menzel ( trumpet ), Olga paints the motions that have shaped her life, as well as those that are yet to come.