Patricia López (b. 1985, Montevideo, Uruguay) is a Uruguayan jazz composer and saxophonist.

Patricia López is a Uruguayan saxophonist, flutist, producer and composer with more than twenty years of experience. She has study in many parts of the world and develops her own sound within the style of jazz, creative music and Latin American rhythms.

She completed her primary studies in Montevideo, and began studying music in 1998. From the beginning, she was interested in jazz music, improvisation and composition. Her first instrument was the guitar. In 2000, she became interested in studying the saxophone as the instrument with the greatest affinity to develop her own identity and began studying with Santiago Gutiérrez and Alejandra Genta. Later she entered the Municipal Conservatory of Music in Montevideo and studied for two years with maestro Jorge Binger.

In 2001, she began to study the flute as a complementary instrument to her wind specialization and attended classes at TUMP with Inés Dabarca.

In 2006, Patricia settled in Buenos Aires for eight years, to study jazz, expand her knowledge and professional experiences. Once established, she attended the jazz seminar of saxophonist Ricardo Cavalli, participated in the jazz ensemble of saxophonist Carlos Lastra, and studied harmony with pianist Miguel Marengo, and studied saxophone and improvisation with saxophonists Ramiro Flores, Martín Pantyrer and Ada Rave.

In 2010, she was accepted as a student of the Superior Conservatory of Music "Manuel de Falla" and completed the Superior Technique in Jazz, specialty saxophone (2014). During her studies, she joined various projects, orchestras and big bands as first soprano, alto, tenor, baritone saxophonist and as a flutist.

In 2015, she participated as a flutist in “Río de Lonjas” music composed by Federico Costa, which received the third National Music Award from the Ministry of Culture (MEC) in the candombe category. In both 2015 and 2016, she participated in two editions of the Brazilian Popular Music Workshop (Curitiba - Brazil), attended improvisation Masterclasses with Brazilian saxophonist Vittor Alcántara and Marcelo Martins , performed the arranging workshop with Gonzalo Levin (in Montevideo), and attended the improvisation Masterclass with the Dutch saxophonist Ben Van den Dunguen (in Montevideo).

At the same time, in 2016 he received a grant from FONAM (National Music Found) to attend the SIM -Workshop of Creative Improvisation - at the Brooklyn Conservatory, New York, receiving two weeks of intensive training with prominent musicians from the New York creative scene such as Tim Berne, Tony Malaby , Ralph Alessi, Michael Attias, Andy Milne, Chris Lightcap, among others.

In 2017, she settled for a year in The Hague (Holland), to continue her studies of composition and improvisation. During her residency, she studied saxophone with Floriaan Wempe and composition with Michael Moore and attended the EPM (School of Brazilian Popular Music) participating in ensembles, chorinho sessions, and representing the institution in the prestigious Jazz Festival "North Sea Jazz". Through the Embassy of Uruguay in the Netherlands, she was selected to be part of the project of the book "Miradas sin Fronteras de aquí y de allá" by the Uruguayan journalist Heber Perdigón with French photographer Pascal Milhavet that brings together more than 100 Uruguayan artists living abroad.

At the performance level, she performed on various stages in Amsterdam, The Hague and Rotterdam, highlighting his participation in the jazz festival “Cutting Edge” at the “De Nieuwe Regentes” Theater (The Hague) closing the show by the great saxophonist Chris Potter.

After her residence in the Netherlands, Patricia returned to Montevideo at the beginning of 2018 and performed various live performances, including at the International Jazz Day celebration as a guest of the Fino Bingert Contemporary Quintet (Teatro Solís). At the same time, she organized and directed the presentation of “Jazz Five” - a local jazz musicians' collective with the special participation of the saxophonist Brendan Mc Govern (USA).

In April 2019, she made two presentations in the city of Buenos Aires leading the trio together with Pía Hernández (piano) and Santiago Lamisovski (double bass). In May, she attended the Jazz Workshop by Nguyen Le Hanoi trio (Vietnam) at the Solís Theatre and the Creative Improvisation Masterclass performed by the American saxophonist Tony Malaby at AUDEM.

In July of the same year, she was invited to participate in the Valparaíso International Jazz Festival (Chile) leading the quartet made up of Sebastián Zinola (piano), Alfonso Santini (double bass) and Pablo Meneses (drums). After the good repercussions of her debut, Patricia later returned to Chile and went on a ten-concert tour accompanied by great musicians on the local jazz scene such as Claudio Rubio and Cristian Gallardo.

In August, she made the recording of "Wanderlust" her first debut album of her own compositions, accompanied by Manuel Ojeda (guitar), Damián Taveira (drums) and Ian Elizondo (double bass). The material is available on all digital platforms and has received excellent reviews on national and international radios stations such as the “Track of the day” on the “All about jazz” portal.

In October of the same year, she received the “Eduardo Víctor Haedo” scholarship from the MEC (Ministry of Education and Culture) to continue studying saxophone, composition and improvisation in New York City.

In 2020, Patricia founded “Worldwide Sax Alliance” (www.worldwidesaxalliance.com) an international organization in order to promote and impulse the work of professional musicians from around the world, through online activities, master classes and interviews. In turn, she founded "MIJ – Iberoamerica Women in Jazz", a collective of Iberoamerican musicians to create joint actions as composers of jazz and creative music.

In December 2020, she received a scholarship from “Ibermúsicas” to participate with the “MIJ” collective of the “Woman in jazz festival” virtual edition 2021.

In 2021 Patricia was the first woman to win “Graffiti award as Best Uruguayan Jazz Album” with her first album Wanderlust. 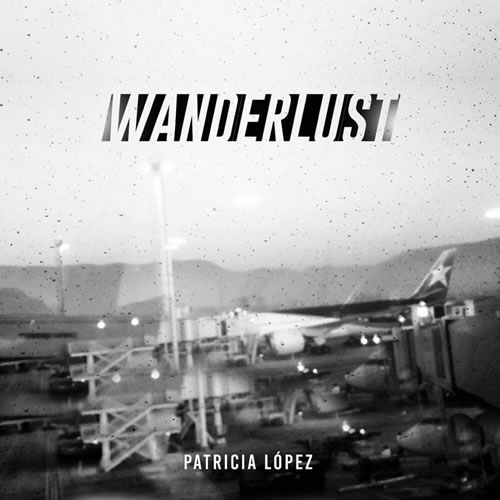 The album has many advantages: mature expression and emotional expression of all instrumentalists, their interesting improvisations rich in ideas, wide range of articulation and technical means used by them, consistency in building a stylistic idea, mutual inspiration, full cooperation and great musicality. The music combines different textures, climates and sounds with a strong group improvisation, bringing together elements of contemporary jazz and Latin American music.

The quartet around Patricia López is a band of conscious, technically brilliant and - despite their young age - already experienced artists who have their own idea of creativity, and the fascinating and fully developed timbre of the saxophonist and composer's saxophone combines with Lee Konitz' wonderful sound. The album contains convincingly realized, friendly and colorful music, from which you can not tear yourself away.