Rüdiger Baldauf was born in Bensberg near Cologne.

After passing his classical music final exams and his concert exams, Rüdiger Baldauf began private jazz studies with a focus on big band and lead trumpet.

He is one of the most versatile instrumentalists in his scene. Many still know him as the trumpet player on the RTL Saturday Night Show or from the Paul Kuhn Orchestra or the United Jazz & Rock Ensemble.

From 1989 to 2000 he was a lecturer at the Musikhochschule Köln, Abt. Aachen, later also a guest lecturer at the Folkwang Universität der Künste Essen. Rüdiger Baldauf complements his work as a lecturer with national and international workshops, and for some time now also with individual coaching.

From 2003 to 2016 he was the trumpet player of the Heavytones in the Tonight Show TV Total. 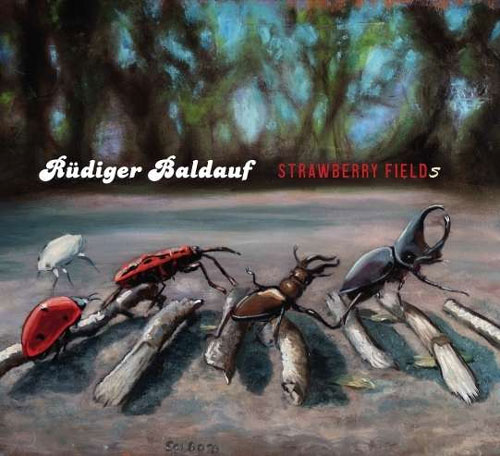 John, Paul, George and Ringo. Compressed ten years of band history, 12 studio albums alone, hundreds of songs, many of them absolutely legendary. Whoever takes this should know what he is doing. Fortunately, you don't have to worry about Rüdiger Baldauf in this respect. Because the renowned and versatile trumpeter presents exactly the right mix of humility and new ideas. So now a brand new project, quasi the Beatles reloaded, only different. The choice of songs is surprising and well thought-out, the sound is close to the sometimes gruff sixties. Nevertheless, it sounds modern and highly accomplished, because Baldauf's fellow musicians Thomas Heinz (drums), Marius Goldhammer (bass) and Christian Frentzen (keyboards) present their very own interpretation of the characteristic Beatles choruses.