1984
Ramón Valle graduates as a pianist from the Escuela Nacional de Arte in Havana, Cuba, after classical training.

1995 - 1998
First performance in Europe. In Spain he records the live CD 'Casa Jamboree' with his trio. Release of his CD 'Piano Solo'. Living in Amsterdam, he tours Germany, Scandinavia and Spain.

2000
Ramón Valle collaborates as orchestrator, composer and pianist with the project 'Ritmo Flamenco Cubano' and goes on tour with them in Germany. Ramon Valle plays for the first time with his trio at the North Sea Jazz Festival, Holland. He is called "the surprise of the festival" by various critics.

2003
Ramón performs at the North Sea Jazz Festival for the 3rd time, together with guest musicians Roy Hargrove and Perico Sambeat. He releases his CD 'No Escape', also on ACT with musicians Omar Rodriguez Calvo (bass) and Liber Torriente (drums).

2004 - 2005
He tours Europe and South Africa with his group under the programmatic name of his CD 'No Escape'. He meets in Italy his compatriot and colleague Chucho Valdes. The CD is named in the same way. Ramón plays with his trio at the Capetown Jazz Festival in South Africa

2006
Ramón releases his piano solo CD 'Memorias' on ACT. He plays the music of this CD on tours through Holland, Germany, Spain and France. He plays together with Horacio el Negro Hernandez and Italuba, and in Istanbul he plays with his trio and guest musician Perico Sambeat.

2011 - 2012
Ramon plays mainly with Dutch musicians: Martin Fondse, Denise Jannah, Jesse van Ruller. In March 2012 Ramon releases his new album 'Flashes from Holland'. The album receives positive reviews. With the music from this CD Ramon Valle plays both in many small theaters in Holland, as well as at the major international festivals. With his trio Ramon Valle can often be heard in Germany: Piano Festival in Essen, Elmau Castle, Bayerischer Hof in Munich, but also in jazz clubs, such as the A-Trane in Berlin. In the same year Ramon writes five pieces for the Sinfonietta of Beer Sheva in Israel and performs these compositions in concerts.

2014
Furthermore, the collaboration with renowned Dutch colleagues is a main focus of his musical work: Lucas van Merwijk, Adinda Meertins, Ilja Reijngoud. With his new producer and manager Suzi Reynolds from New York, Ramón records his 10th album 'TAKE OFF' in Hilversum, which will be published in Europe and the US in 2015. 2014 is also a year with the special project 'The Cuban Jazz Family' with his cousin Orlando Maraca Valle on flute.

2017
Ramón Valle visits Cuba for the first time in 20 years for several concerts. At a special reunion in Havana, the leader of the legendary formation Irakere, pianist Chucho Valdes says about Ramón Valle: 'With his first album 'Levitando' Ramón Valle has opened a new path in Latin Jazz'.

2018
In the same year, his new trio album is released, "The Time Is Now". This new album features friend and trumpeter Roy Hargrove, who passes away shortly after.

2019 - 2020
This year he performs his repertoire for symphony orchestra with the New Philharmonic Orchestra of Berlin at the International Jazz Festival in Burghausen.
And with the same repertoire he gives a concert with La Orquesta Sinfonica de Holguin, in his hometown Holguin, Cuba. While in his hometown of Holguin, Ramón receives an honorary award for his work as a pianist and composer, and is recognized as one of the best Latin jazz pianists.

2020
The worldwide pandemic leads to cancellations of all Ramón Valle's concerts. 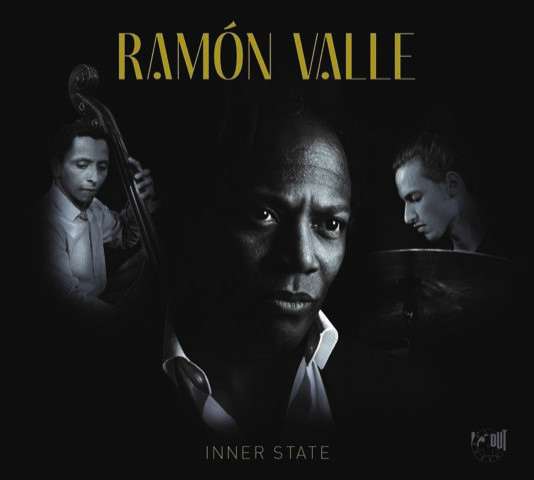 The Cuban pianist Ramón Valle, who lives mainly in Holland, has had a reputation as an excellent Cuban jazz pianist for more than 20 years and is considered an ambassador of a Latin jazz in Europe. Although Ramon can be heard in a variety of formations throughout his career - solo performances, various combos, big band, symphonic orchestras - playing with the trio is the main focus of his musical work. Bassist Omar Rodriguez Calvo has been with the band "forever" and may be considered an absolute favorite of Ramón Valles. The same can be said of drummer Jamie Peet, who has also been playing with the pianist for a long time.
The titles in detail.

Ballads
Free At Last
Piano upbeat, restrained chords, quiet accompaniment by the band, harmonic melodic variations of the theme by the leading piano. The piano playing becomes more lively, a little freer in its improvisations. Classic piano trio jazz with a contemporary twist. The soloistic motives of the bass are given a wide space, its figures clarify what was already in the playing of the piano, the title is interpreted as a classical ballad. The musical statement increases towards the end in the direction of drama, without losing its pleasing ballad character.

Twana
Twana also wants to please as a ballad. Everything sounds round, balanced. A rather spring-like song without that slight melancholy or even dreariness that ballads often have. The trio is perfectly tuned to each other - well-tempered piano jazz with friendly support from drums and double bass, which knows how to use its soloistic freedom well.

Rhythmically advanced tracks
Little, Irreplaceable Things
That's exactly how this track sounds: agile, rhythmically driving with lots of energy. An opportunity for drummer Jamie Peet to drum his initially quite rhythmic melodies. Also the bass joins in, delivers his figures à la walking bass. As the playing time increases, the drumming changes to indulge in some intense, energetic drumming with lots of fast notes. Together, the trio celebrates a current, urban metropolis sound: gripping, restless, close to hectic and nervousness - rush hour in the car, one hand on the steering wheel, the other on the cell phone ... Ramon doesn't miss the opportunity to belt out some neat Latin riffs and salsa chords into the song, then favoring freer runs.

Levitando
Here it really goes off. Bass, piano and especially the drums make legs, whipping song and listener forward. A catchy as well as refined rhythm. An intermezzo of the bass bridges in its solo the lively from the quiet part of the title, before the theme picks up speed again. Rhythmically, the piano and drums seem to play almost in unison, in any case playing hand in hand to keep the track moving fast. The bass is always at a disadvantage on tracks of this type. Although indispensable, its low tones do not reach the listener's ear equally as the fast strokes of piano and drums with their more audible high frequencies.

Latin Jazz
Mamita Yo Te Quiero
This track could almost as legitimately be characterized in the "rhythmically advanced tracks" category. Rhythmically driving with gripping energy, performed by the whole trio. But the piano playing favors countless patterns, chords and tonal variations that draw from a Latin jazz tradition. Likewise, drummer Jamie Peet transfers the rhythmically enticing charm to his drums. Everything together leads to pure Latin jazz.
Cinco Hermanas
Starts with the piano as the voice-leading instrument, initially flirting as a ballad, then mutating into a rhythmically accented theme. The whole thing with Latinized tongue and drum beat. Of course, Ramón also bangs wildly on his keys, in order to leave no doubt with strong chords and pianistic escapades that titles inspired by the Musica Latina always present themselves rhythmically advanced. Almost classically Ramon plays the title soloistically to the end.
Across the stylistic garden
Hallelujah
Solo piano makes the beginning. A play between old and new piano classic with excursions into the realm of jazz. Here, in these strokes on the piano, the classical training of Ramon Valle is also perfectly recognizable. From the long solo, the trio gradually develops into a joint music-making. Drums and bass are very restrained. It remains quiet, restrained, meditative, spiritual. Now the standard can be recognized not only harmonically, but also melodically - Hallelujah!

Te Extraño
Harmony, rhythm and playing vary between relaxed jazz ballad and Latin cancan with the elegant calm and coolness of a sensual rumba. Accordingly, the theme "belongs" both to the jazzy ballads and to the musical Latin world. Regardless of the stylistic approach, Te Extraño tends towards relaxed listening and simple enjoyment of this music.