"Tjalve’s writing is intelligent and consistently interesting with rich colours and textures but there’s an engaging spikiness about the music too that seems to draw its inspiration from contemporary American jazz developments". - The Jazz Mann

Pianist and composer Esben Tjalve is just one of a number of highly talented Danish jazz musicians making their name on the London jazz scene. This eponymous début recording by Tjalve’s sextet Red Kite appears on the F-ire presents imprint and features many of the capital’s finest young musicians. Joining Tjalve at the piano are Fringe Magnetic’s Rory Simmons on trumpet, Christoffer Appel on alto and baritone saxes, Hannes Riepler, recently heard to such good effect on trumpeter Andre Canniere’s début, on guitar plus the Kairos 4tet rhythm section of fellow Dane Jasper Hoiby on double bass and Jon Scott at the drums. It’s an impressive line up by any standards and the all star line up excels on Tjalve’s highly descriptive contemporary jazz compositions. The pieces are pleasingly melodic but also deeply rhythmic, easily digestible yet subtly challenging and just full of good ideas allied to exemplary playing.

Esben Tjalve grew up in Denmark where he played original music from an early age. He graduated from the RAM with Bachelor Honours in 2004 and later did a Master in Composition at the Guildhall School of Music. Since then he has composed and recorded music for Universal, Warner Bros., BBC4, BBC Radio Drama, BBC Cbeebies, theatre productions as well as the nominated film animation “Marriage of the Thames and the Rhine”and the highly acclaimed radio drama series called “The Great Scott” featuring David Tennant. He has collaborated with many fellow contemporary jazz musicians including Cecilia Stalin, Jasper Hoiby, Tim Giles, Toni Kofi, Ernesto Simpson, Henrik Jensen and Andre Canniere and worked with several musicians outside of jazz like Lucinda Belle, Raf Vilar, Ghanean rapper M3nsa, world music artist Muntu Valdo and American Singer Kristina Train, with whom he played on Jools Holland In 2012. Lastly an album with his acclaimed six-piece “Red Kite” has been released on the indie jazz label F-ire.

His band Red Kite is also due to release the album “Theory of Colours” with the label Jellymould Jazz in September 2019. This album features some of the finest jazz musicians at present: Fulvio Sigurta - trumpet, Ross Hughes - bass clarinet, Hannes Riepler - guitar, Jasper Høiby - bass and Tim Giles - drums.

“Tjalve’s writing is intelligent and consistently interesting with rich colours and textures but there’s an engaging spikiness about the music too that seems to draw its inspiration from contemporary American jazz developments”. - The Jazz Mann 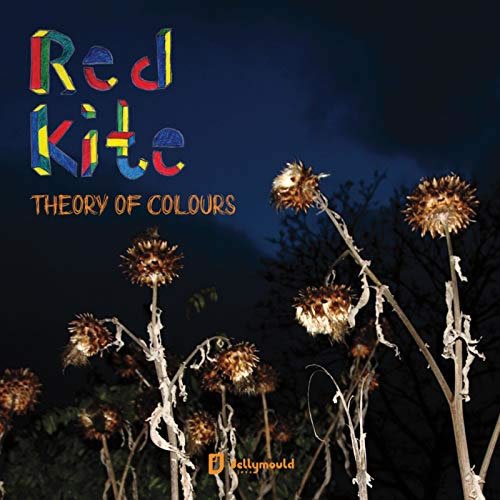 Their new album “Theory of Colours” is an experiment with different colours in a musical sense, combining a composed score and improvised sections with synthesizers and various effects on acoustic instruments that can all be realised live on the bandstand. From cinematic meditative soundscapes to groovy noir tunes the structure of the music allows for the improvised parts to interact and co-exist with the written material and leave the individual musician space to create their own sound within the band.

The music cannot really be defined by genre.

This is fresh, clever, well composed and beautifully performed music.

Red Kite has been selected to perform a showcase gig at Jazzahead 2020. They will be performing at the Kulturzentrum Schlachthof in Bremen on the evening of Friday 24th April.

Theory Of Colours is released on Jellymould Jazz, a record label dedicated to promoting jazz artists based in the UK.