"One of the highlights of the North Sea Jazz Festival" Jazzmagazine wrote about pianist and composer Rembrandt Frerichs... One couldn’t hope for a better recommendation.
Rembrandt (1977) is a pianist with a broad perspective. Focussing his energy on ideas that are meaningful to him, his artistic journey constantly deepens into new territories. Having played with Michael Brecker aged only 25 and playing a double bill concert with Chick Corea in London, Rembrandt is familiar with American jazz tradition, but he wants to avoid the well-trodden path...

‘It’s natural for me to explore and connect the dots. I myself am a mixture of the artistic research I do throughout my life and my love for icons of jazz like Lennie Tristano or Wayne Shorter.’
— Rembrandt Frerichs

The improvisational now
‘There’s nothing more exhilarating than transforming musical traditions of centuries into a single point in time: the improvisational now.’
‘Jazz, Western classical music and Middle Eastern music are deeply rooted within my system. Foreign techniques drive my search for original ways of composing. I love to make rich harmonies and poetic rhythms collide and merge, preferably in fascinating meters such as 23/8 or 11/4.’

Percussionist Vinsent Planjer and bass player Tony Overwater are of like mind. The Rembrandt Trio have travelled the world with original compositions, and collaborate with jazz colleagues like Paolo Fresu and Sylvain Rifflet.

Rembrandt is professor Jazz piano at the Conservatory of Utrecht. As a guest teacher he regularly works with new generations at the conservatories of Padova (Italy), and Rotterdam, Groningen, Amsterdam and Den Haag in the Netherlands.

Many of his compositions have been used for TV documentaries and theatre plays.

Rembrandt plays a Chris Maene fortepiano especially built for him by and on very kind loan from the Dutch Musical Instruments Foundation.

With the Rembrandt Trio, he initiates a yearly series ‘Music made in Europe’, celebrating the best of European jazz and improvised music, with guests such as Paolo Fresu (Italy), Vincent Peirani and Sylvain Rifflet (France) and Verneri Pohjola (Finland).

In cooperation with leading museums in the Netherlands, the trio explores the space for musical improvisation and visual arts in ‘The Art Of The Trio’.

Shaping new piano sounds: For the purpose of better blending with the classical Middle Eastern instruments such as kamancheh, târ, oud or qanun, the Rembrandt Trio developed an alternative sonic layout.

The classical now: ‘When Mozart performed, he played Mozart. And he improvised. In that respect, I might be closer to the old composers than many contemporary classical musicians.’ 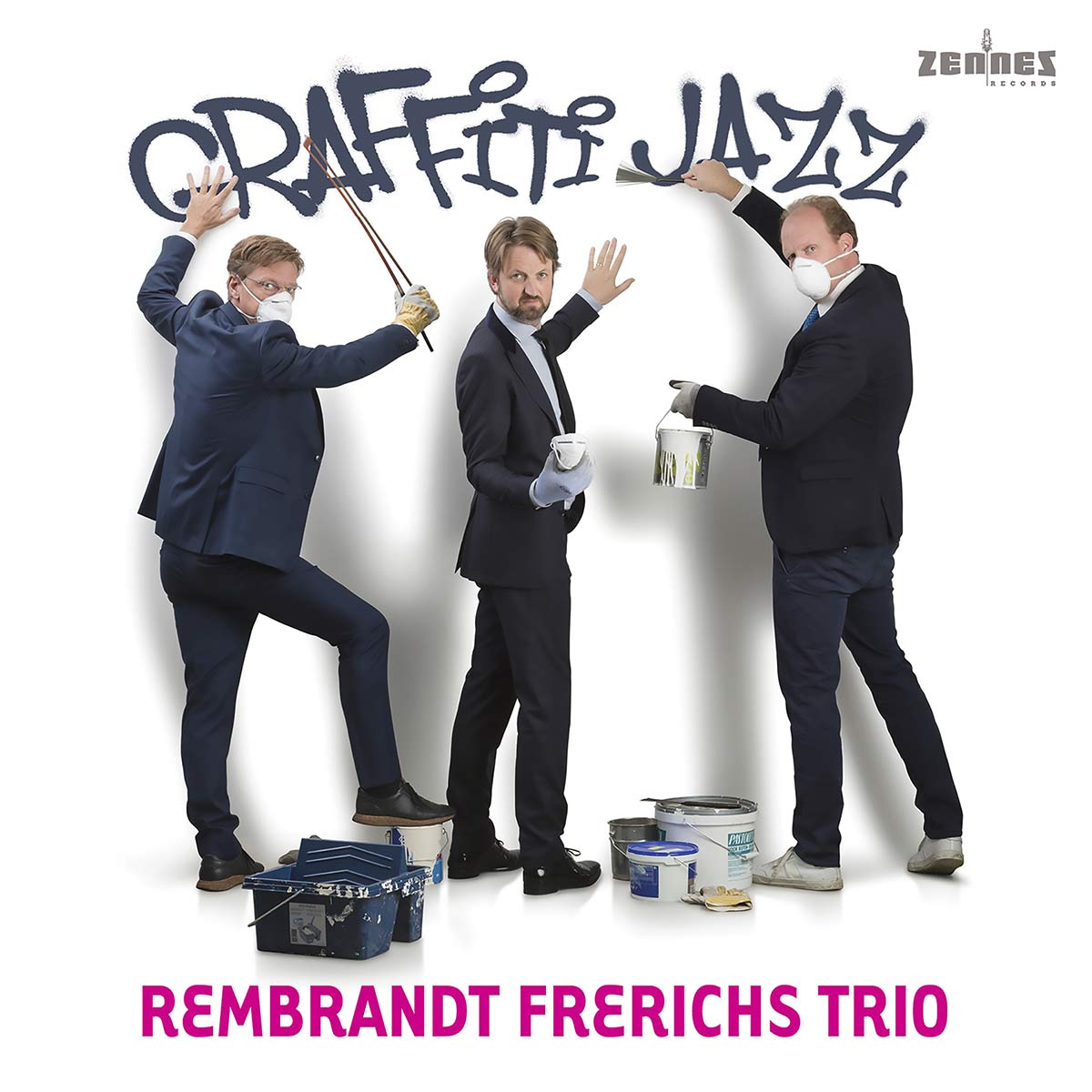 In his youth, graffiti exerted an intense attraction on Rembrandt Frerichs. He practiced it wholeheartedly and it ignited his artistic development.

Although his focus in the last twenty years has been on jazz, the excitement of graffiti has certainly lain dormant in his memories.

Until today. Graffiti Jazz is an honest and direct approach to translating the euphoria of illegal graffiti spraying into sound, form and rhythm. Jazz like street art: in the face and in confrontation with the conventions.