Since childhood she has lived music with intensity and closeness (her parents are musicians) and began her studies at the School of Music in Premià de Mar, where she first played piano with Montse Massaguer. At the age of 8, at the School of Modern Music in Badalona, she added trombone to his studies with David Sanabria and then for about 6 years with Joan Palacio.

Rita Payés is a particularly exceptional trombonist and singer who, with her young years, delights audiences with her wonderful voice, great trombone playing and charismatic stage presence.

In 2017 she joined the well-known Sant Andreu Jazz Band and recorded several albums under the direction of bassist and tenor Joan Chamorro, together with Andrea Motis, Magalí Datzira and Eva Fernandez. At the age of 16, she released her first album with Chamorro, "Joan Chamorro presents Rita Payés", featuring Scott Hamilton, Dick Oats, Scott Robinson, Toni Belenguer and Jo Krause, among others.

She quickly achieved fame beyond the borders of Catalonia through her collaboration with many renowned jazz musicians. And so the young artist has already performed at the most important festivals in Spain, France, Switzerland, Italy, Morocco, Sweden, Greece and many other countries.

In her current project, the young Catalan trombonist and singer Rita Payés Roma collaborates with her mother Elisabeth Roma, an equally talented classical guitarist. Mother and daughter revisit the music that has accompanied them throughout their lives, from traditional Catalan lullabies to bossa nova, fado and boleros. 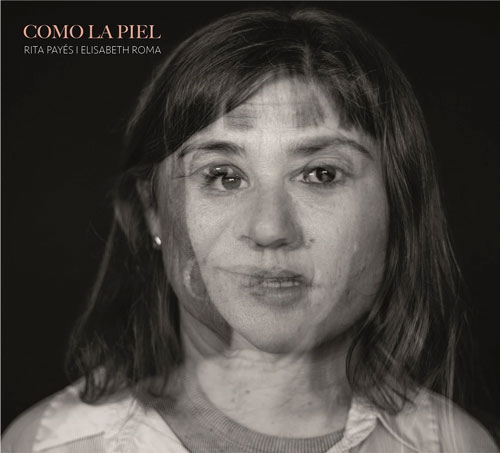 This is the biggest challenge Rita Payé's career, as it is the first time she writes and composes her own songs, something she has never done in her 9-year career.

This is the biggest challenge Rita Payé's career, as it is the first time she writes and composes her own songs, something she has never done in her 9-year career.

It is an album of 11 songs recorded in the prestigious studio of David Casamitjana, technician of the Sant Andreu Jazz Band, and produced by Juan Berbín, a renowned Venezuelan musician who has won a Latin Grammy. Finally, they were fortunate to have the help of Carlos Freitas, who has worked with the likes of Toquinho, Caetano Veloso, Omara Portuondo and Gilberto Gil, in the mastering process.

The sound that emerges is already a trademark: Jazz, Bossa Nova and classical guitar. A mixture that has led mother and daughter to perform in many capitals of the European continent and that, with only one single released, has put them on the radar of both great historical artists and the mainstream world.

Elisabeth Roma has a classical musical background, but she has always been inspired by Latin American music, especially Bossa Nova, including Jobim, Chico Buarke and Elis Regina. In addition to her work as a music educator, she has performed as a classical guitarist for most of her career, both as a soloist and in larger ensembles. Elisabeth has incorporated her ideas of classical guitar into the repertoire she plays with Rita, combining her excellent musicianship and technique with the personal sounds of Rita's melodies and improvisations.