Sanne Rambags is a Dutch singer and composer.

Sometimes, a dream can seem too big to ever come true; when it does, reality itself suddenly feels like a dream. Singer, composer and improvisor Sanne Rambags (Goirle, 9 October 1994) moves listeners in her own deliberate, very personal way. She uses her voice to express her deepest feelings freely, with no boundaries, interacting with her fellow musicians. Rambags sometimes has to pinch herself to make sure it’s all really happening: playing fabulous concerts all over the world, sharing stages with people who were once her idols but are now her colleagues. Audiences everywhere particularly respond to – and are moved by – Rambags’ wordless vocals.

Rambags not only believed in her dream, she did everything she could to realize it. She took initiatives and risks, and learned from experienced and inspiring musicians. By exposing herself, she was seen, for example, by Martin Fondse – conductor and artistic director of the National Youth Jazz Orchestra of the Netherlands (2015-2017). In the interim, she completed a Bachelor of Music in Jazz Studies (Vocal Performance) at the Academy of Music and Performing Arts in Tilburg (2017). During her studies, Rambags discovered the music of singer Susanne Abbuehl and later studied under her in Lucerne.

In the youth orchestra and in the trio she formed with drummer Joost Lijbaart and guitarist Bram Stadhouders, Rambags put the lessons she had learned straight into practice in Europe, Africa, South America and Asia. She released an album with this trio in 2017: Under The Surface, a recording of free improvisations, sometimes based on Rambags’ original poetry. Singing her own lyrics (written in English) Rambags works with several groups, including the trio Mudita whose other members are pianist Sjoerd van Eijck and trumpeter Koen Smits. She also composes for Mudita, the album Listen To The Sound Of The Forest being an example. Rambags also performs solo as a singer-songwriter, accompanying herself on guitar.

Rambags’ vocals are reminiscent of Susanne Abbuehl, Simin Tander and Mari Boine each of whom –in their own way – uses more sounds in their improvisations than is usual in scat singing. As a singer-songwriter, Rambags looked most of all to Joni Mitchell. Rambags has drawn inspiration from all of these women; now it’s her turn to be inspiring. She doesn’t have to convince anyone, she just has to let it happen: by herself, from her inner self, in interaction and, most of all, in the hearts of her listeners. 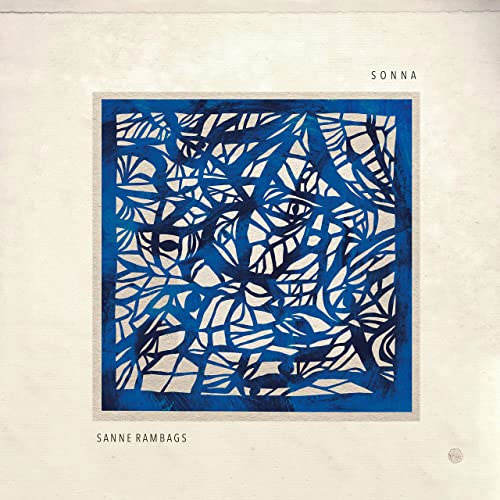 Sanne Rambags creates a space where the pure essence of life becomes tangible.

“Over the past years, I have experienced how my growth as a performing artist has brought with it not only an overpowering feeling of happiness, but also a deep sense of destructiveness. It’s in those destructive times that I have come to recognize that my voice is a source of healing. The primal force I can set in motion in moments of surrendering totally to sounds. The opportunity to express myself is the most powerful medicine I have.”

With her new solo album SONNA, Sanne Rambags takes you on a transcendental quest in search of adventure, faith and freedom. A journey in which nature is her greatest source of inspiration.
SONNA is about rediscovering your innocence and imagination. It’s about not being afraid to let yourself be heard. And continuing to believe in your own greatness.