„Able to blind you into a trance and make you dance to your knees, Gris Gris twists, blisters and burns like a fevered dream! […] Shake Stew have forged a fierce reputation for sprawling sets that nod to the '60s spiritual jazz of Alice Coltrane and Pharoah Sanders undercut with Sons of Kemet's interlocking rhythmic fluidity.“ MOJO 4**** (UK)

When you often read about Shake Stew as Austria's jazz band "of the hour" at this point, it's not entirely true. However, what has developed since the founding of this exceptional formation, brought to life in 2016 by bassist Lukas Kranzelbinder, is also not so easy to summarize. With their premiere at the Saalfelden Jazz Festival and the subsequent debut album "The Golden Fang," Shake Stew started a run of success through the ears of Europe virtually out of nowhere, and it hasn't seemed to let up since.

After causing a sensation as a stage band at Vienna's Porgy & Bess club in spring 2017, it didn't take long for the really big festivals to take notice of them as well. The fact that a young Austrian formation already in its third year of existence has invitations to the Montreal Jazz Festival, North Sea Jazz Festival, Frankfurt Jazz Festival, Istanbul Jazz Festival, as well as appearances from Jazz au Chellah in Morocco to the Eurojazz Festival in Mexico, is absolutely unique in this form. The daily Der Standard described Shake Stew as "magical," the "Presse" ran the headline "Das Wunderensemble," and when the septet presented its second album, "Rise and Rise Again," in 2018, Klaus Nüchtern also picked up on the hype surrounding the band in the weekly der FALTER: "Of course, a domestic jazz combo can never reach such geilomatous stratospheres of hipness and meaningfulness as Wanda or Bilderbuch, but if anyone has managed to come close, it's Shake Stew.

The Ascent Never Stops!" From then on, it was only a matter of time before international media also took notice of the band of the "Basssenkrechtstarter" (Süddeutsche Zeitung) Lukas Kranzelbinder, and so something unprecedented in this form happened in September 2018: the German weekly DIE ZEIT sent its journalist Ulrich Stock to Munich for a whole five days to closely follow and report on the band's summer residency at the Jazzclub Unterfahrt. This resulted in a full-page report in the feature section of the quality newspaper, which boiled over with euphoria: "What I heard blew me away. Grandiose rhythms, melting horns, hypnotic funk-beat-swing-afro-jazz-rock-rhythm-and-something. I was so spellbound, I could hardly stand up. By now I know other listeners have had similar initiatory experiences; something emanates from this band that is new and special - and immensely appealing."

And so Shake Stew's status as the Austrian jazz band "of the hour" has now lasted for several weeks and months - indeed, soon to be years - and anyone who was able to witness the septet's two-day guest performance at Porgy & Bess earlier this year knows why NDR is already calling Shake Stew a "cult band." Both evenings sold out, a total of almost 900 listeners* crowded into the club to hear the latest sounds of the formation so unusually occupied with two drums, two basses and three horns.

Now the time has come and while the sounds of the last album are still clearly in the ear, new material of a - at least for the time being - seemingly inexhaustible musical output is already being sent into the world: "Gris Gris" is the title of Shake Stew's already third studio album and already the mysterious title serves as an indicator for the unique sound journey on which the band takes its listeners this time. 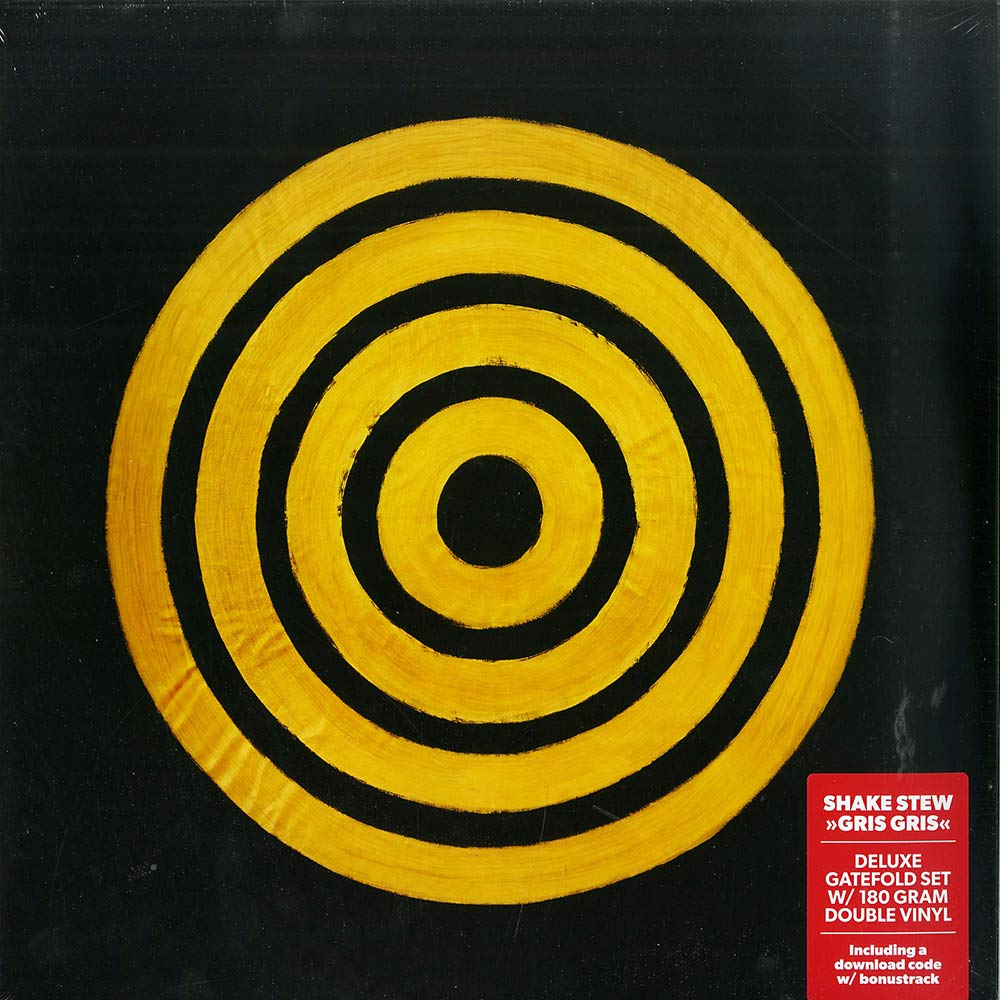 ... Equally in defiance and reminder of the quality-enhancing and trend-setting interaction between musicians and a physically present audience, the Austrian band Shake Stew released its first live CD, with recordings from the North Sea Jazz Festival 2019, from the Porgy & Bess Klub in Vienna and from the Jazzclub Unterfahrt in Munich. With his septet, bassist Lukas Kranzelbinder has become something of a shooting star of European jazz, and his band is enjoying great success, especially with its rousing live performances. "Gris Gris", the band's fourth recording, has already been awarded the German Record Critics' Prize in the first quarter of 2020. The live CD perfectly brings across the mood that may prevail at the septet's concerts. What is striking about Shake Stew is the enlargement of the rhythm section, because in addition to Kranzelbinder, Oliver Potratz also plays bass, and the drum port is also doubled with Niki Dolp and Mathias Koch. Morio Rom (tp), Clemens Salesny (as, ts) and Johannes Schleiermacher (ts, bs, synth) form the imaginative frontline. An almost hypnotic rhythm carpet, refined brass sections and stunning improvisations are the ingredients of this very special and unique musical mixture... JAZZ Podium, Benno Bartsch, 2021