Simin Tander is one of the most amazing voices in European jazz; she „balances on the boarders of pain and beauty, of gracefulness and passion.“ (Augsburger Allgemeine Zeitung, GE)) and sings with an intensity that is rare to find. With her enchantingly tender and equally expressive voice Simin builds bridges between occidental jazz and arabesque-like vocal flights, between rich songwriting and freely improvised textures. She draws a fascinating route to her Mid- Eastern heritage by also singing in Afghaani / Pashto, the language of her late father. In the past 10 years Simin has performed at several major jazz stages (among many others: Hong Kong Jazz Festival, Madrid Jazz Festival, North Sea Jazz Festival, Concertgebouw Amsterdam, Jarasum Jazz Festival South Korea) and released two internationally acclaimed albums with her former Dutch quartet, consisting of Jeroen van Vliet on piano, Cord Heineking on double bass and Etienne Nillesen on drums. Notably the second one, „Where Water Travels Home“ (2013, Jazzhaus Records), received international rave reviews. In 2016 she released the album „What was said“ (2016) with Norwegian star- pianist Tord Gustavsen on the prestigious ECM Records label. Together with Jarle Vespestad on drums the trio has performed more than 100 concerts worldwide (a.o. Montreal Jazz Fest, London Jazz Festival, New York St. Peter ́s Church, San Francisco Jazz Festival, Vossa Jazz Norway, Brussels Jazz Festival Flagey etc.) and received the „Annual German Critics Award“ („Jahrespreis der deutschen Schallplattenkritik“).

Her latest work as a bandleader features three of the finest musicians of the current jazz, world, experimental and even classical scene and reveals a bewitching new instrumentation around Simin ́s voice. Together with Jasser Haj Youssef on viola d ́amore, Björn Meyer on electric bass & effects and Samuel Rohrer on drums, she moves into an unheard musical landscape of lyrical and refreshing contemporary songs and textures. The quartet will see a worldwide album release in late 2020 followed by an international tour.Beside her own projects Simin regularly appears in exciting formations across genres and disciplines.

The world class choir WDR Rundfunkchor in Germany invited her to sing her own compositions and to perform their highly praised concert at the Radio Hall in Cologne; the Jazzorchestra of the Concertgebouw Amsterdam asked Simin a number of times as a featured guest with their sold out 2017- concert at the big hall of the Concertgebouw Amsterdam as a highlight so far.
2008 she developed and recorded film music for the German cult thriller TATORT and Der Kriminalist and continued her fascination for film 10 years later by creating the soundtrack for a Norwegian documentary movie together with Tord Gustavsen on piano. 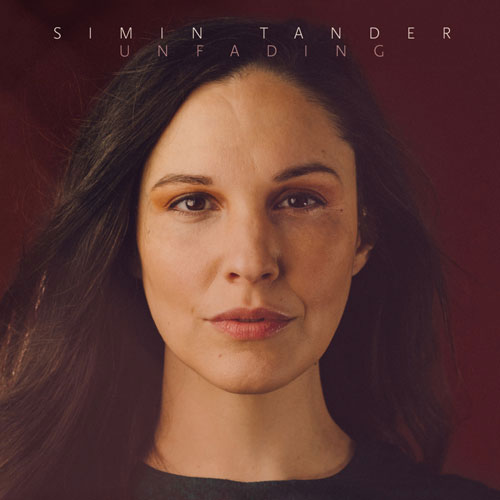 "Unfading" is the name of her new work, which she recorded with a freshly formed and unusually cast quartet. On it, the artist effortlessly weaves the creative, feminine flow of grounded songwriting with echoes of the archaic, linking the power of songs full of emotional depth with passages of improvisational freedom.