Tijn Wybenga (1993) is a composer and conductor in the Amsterdam music scene, combining orchestral colours with electronics and improvisation.

Tijn Wybenga (1993) is a composer and conductor in the Amsterdam music scene, combining improvisation and orchestral colours with electronics. The last two years Wybenga was Artist in Residence at the BIMHUIS jazz-club in Amsterdam. The BIMHUIS sent Wybenga (1993) out with a goal; lead the way for jazz in Amsterdam. During the span of two years Tijn Wybenga was instructed to research and compose to discover the sound of Amsterdam in the 21st century. Together with orchestra AM.OK - which Wybenga founded back in 2016 when he graduated from the Conservatorium van Amsterdam - Tijn released two albums: “Live @ BIMHUIS” and “Brainteaser”.

The last album has been describes as “ fresh vibrating future jazz” and “rich and compelling” by the national Dutch newspapers. AM.OK performed at major festivals such as North Sea Jazz festival, and clubs like BIMHUIS and Lantaren Venster. Also they were broadcasted multiple times on national television and radio.

Wybenga’s music is inspired by classical, hiphop and jazz music, fused with influences of South-African, Turkish and Indian styles. For the last three years live electronics became increasingly important to his work.

In 2018, Tijn directed and composed a modern jazz opera consistent of text, dance and music, called "Prikkel" (transl: (over)stimulus). The piece explores the dichotomy between nature being the source for all and the influential presence of modern technology, and the struggle we face balancing those two in our world today.

Wybenga won the Rogier van Otterloo Award 2018, for the best young composer/conductor/arranger. In 2013 and 2015 Wybenga won the second and the first price respectively at the Prinses Christina Compositie Concours.

Recently, Wybenga works as a composer and arranger for the Metropole Orkest, Nederlands Blazers Ensemble and Dutch Youth String Orchestra. He works as composer and musical leader in various Music Theatre productions. As a composer and pianist Wybenga played in the band Aurelio Project including award winning Vuma Levin as Guitarist. They released two albums in 2014 and 2016 and toured in Europe, Mozambique and South-Africa.

Quotes:
“With Brainteaser, Tijn Wybenga has created a subtly layered, richly varied and compelling work that hopefully can be performed many more times by his AM.OK, because live it impressed even more in Rotterdam.” Volkskrant

“Composer and artistic director Tijn Wybenga stands in front of his orchestra like a sand wizard. Relaxed, but accurate, he always sends his fourteen-piece AM.OK to a different sound image in his fresh, vibrating future jazz” NRC Handelsblad 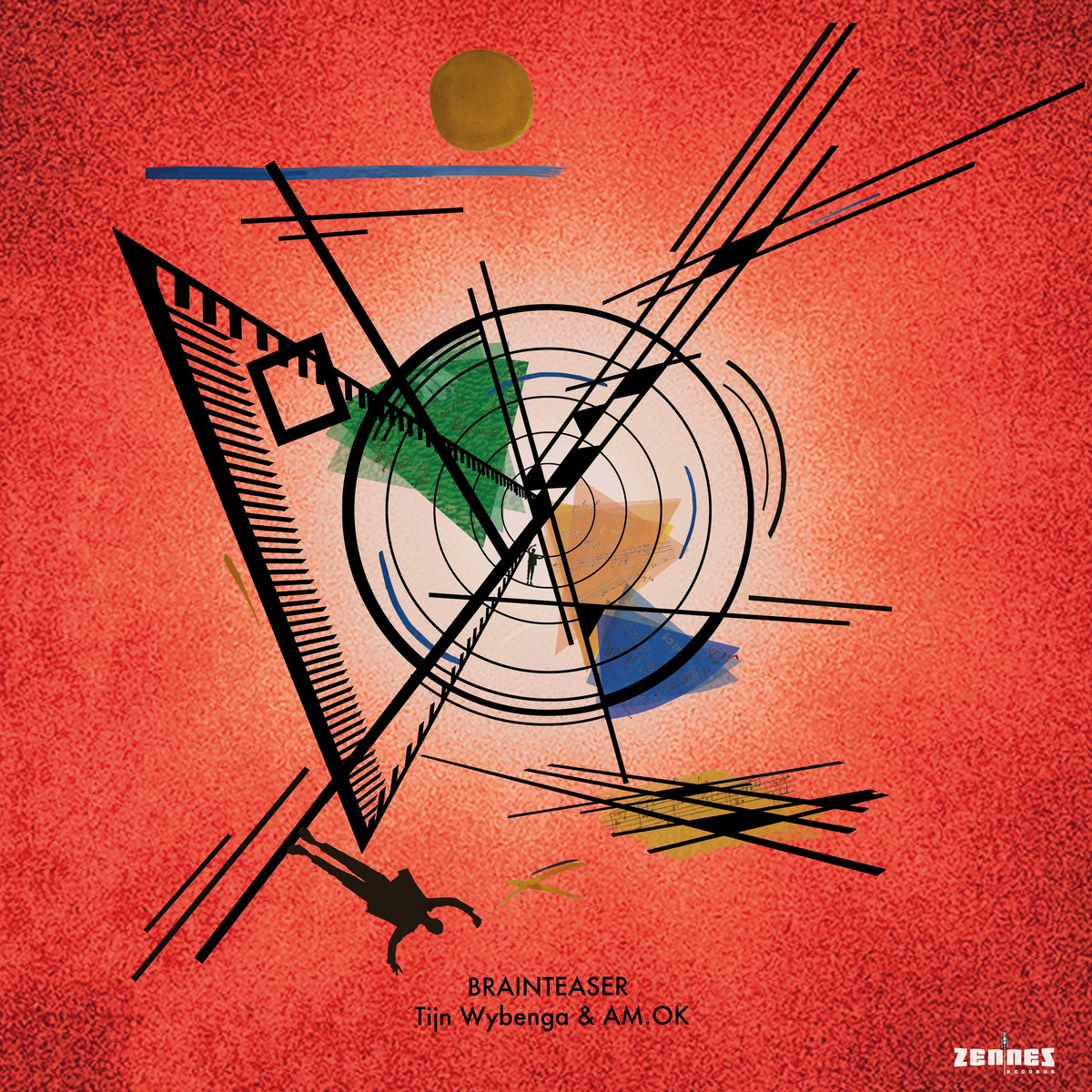 The legendary BIMHUIS jazzclub in Amsterdam sent composer Tijn Wybenga (1993) out with a goal; lead the way for jazz in Amsterdam. Originally founded in 1974, the venue was the center of progressive freejazz, its sound bold and unique. In 2018 a collaboration was started named Bimhuis Productions.

During the span of two years Tijn Wybenga was instructed to research and compose, his task to discover the sound of Amsterdam in the 21st century.

June 2021 his debut album ‘BRAINTEASER’ is released, featuring 5 compositions performed by AM.OK (Amsterdam Modern Orchestra). Wybenga draws inspiration from the city, its emerging musicians and today’s pop culture. The result is a synthesis in sound.

Honouring Bimhuis’ founders, freejazz is at its root. Unlike before, Wybenga starts with free improvisation to write compositions. He recorded the AM.OK members as they freely played their instrument, unbound.

As hiphop artists like J Dilla recycled jazz and soul records, Wybenga cunningly sampled free improvisations as seeds for his works, in a similar workflow to create newfound grooves and beats.

‘BRAINTEASER’ does what it was set out to do; lead the way. Showcasing some of the best newcomers in jazz, melting with live electronics and Amsterdam’s lifestyle.

Wybenga dares to be unapologetic yet playful, with AM.OK showing great promise both as a group as with its members.