"One of the most creative, fearless and alert saxophonists of the moment," wrote The Times. Yuri Honing is certainly the most important and influential soprano and tenor saxophonist in the Netherlands today.

Originally simply a jazz musician, Dutch saxophonist Yuri Honing (1965) has broadened his musical horizons by collaborating with such great talents as Pat Metheny and Charlie Haden. Three-time Edison winner Yuri Honing has also worked with Paul Bley, Craig Taborn, Kurt Rosenwinkel and many others over the past three decades. Honing achieved his first international breakthrough with his trio recording "Star Tracks," an album consisting only of pop songs. Another groundbreaking recording was "Seven," made in New York with Paul Bley, Gary Peacock and Paul Motion, which won the prestigious Edison (Dutch Grammy) award.

These days, Yuri Honing divides his attention between two groups: the Yuri Honing Acoustic Quartet and his electric band Yuri Honing Wired Paradise. Both bands demonstrate Honing's open-mindedness and find him bleeding the roots of jazz with his love of pop music, Arabic music and electronics; a process he has perfected throughout his 18-album career.

Yuri Honing never considers jazz as a style, but as a language. He toured in over seventy countries with the greatest musicians he could work with and learn from. His fine musical instincts add excitement and depth to his songs. And so he continues to entertain and inspire audiences around the world. 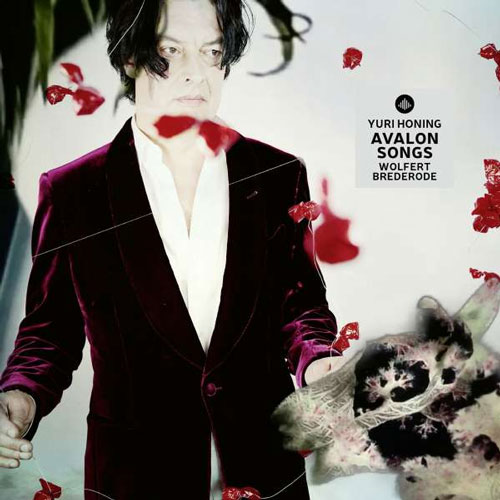 Yuri Honing: Tenor Saxophone, Wolfert Brederode: Piano
Yuri Honing:
"Avalon is inspired by an ancient Celtic myth of an island in dense fog where the Holy Grail is said to be located, King Arthur is buried and where Excalibur is hidden.
I use it as a metaphor for the present time in which we live in which it is not clear to anyone what the world will look like after the pandemic.
The single Avalon is a dreamy piece of music that is also used for the exhibition in De Fundatie that will run until the spring of 2021."
Buy album