Bodek Janke (* 1979 in Poland, Warsaw) is a German jazz musician with Polish-Russian roots.

Master of many dialects
Bodek Janke is one of today´s most sought after drummers and percussionists of the international jazz and world music scenes. His unique and outstanding way of playing the drums, Indian tabla and various percussion instruments has given him opportunities to collaborate with Yo-Yo Ma, Lars Danielsson, Bill Evans, Bobo Stenson, Leszek Możdżer, Gilad Hekselman, Nuria Rial, the WDR, NDR & HR Radio Bigbands, Jasper van´t Hof, Kinan Azmeh, Kristjan Randalu, Petros Klampanis, Tarek Yamani, the Turtle Island & Atom String Quartets, and many others.

Dubbed as ´a master of many dialects´ by New York´s drum legend John Riley, Bodek´s distinctive sound was recorded on more than 200 albums as a sideman. He has also recorded 10 albums under his own name.

His current quartet, SONG, with its first released recording in 2019 has already spread enthusiasm among international audiences; with the second album, SONG2 to be released in February 2020. It features the Namibian vocalist Shishani Vranckx, Estonian pianist Kristjan Randalu, British bassist Philip Donkin, the Atom String Quartet from Poland, plus guest appearances of saxophonist Bill Evans, guitarist Gilad Hekselman and trumpeter Sebastian Studnitzky.
Besides his travels and work as a musician, Bodek writes music for large ensembles & orchestras. A snippet from his first symphonic piece The Mantra Suite was premiered and critically acclaimed in March 2019 in Almaty, Kazakhstan.

Background / Selected Awards
Being born into a Polish-Russian musician family, it was obvious for Bodek to approach a professional musical career from an early age. His mother Olga Janke taught him his first piano lessons at the age of 3 and his aunt, Tatyana Kamysheva taught him composition and music theory. During Bodek’s childhood, the political turmoil in his Polish homeland meant that Bodek and his family had to relocate to Germany where he attended the Badisches Konservatorium in Karlsruhe. Here he received his classical percussion and music theory education. During his teenage years, Bodek already became an internationally acclaimed marimba virtuoso.

From 1998 to 2004 he studied jazz drums and composition at the Academy of Music of Cologne and graduated with distinction. In 2004 he began a Masters degree of Arts and Music Performance at City College New York City, where he graduated in 2007. During his 6 year long stay (2004-2010) in New York City he had the opportunity to work with various artists such as David Liebman, Billy Harper, Ben Monder and Dave Binney. He performed several times at Carnegie Hall (where his arrangement of Wings, a composition by tabla maestro Pandit Samir Chatterjee, was premiered by the Orpheus Chamber Orchestra before Anoushka Shankar’s performance), and amazed many of the city´s legendary clubs and their audiences with his music (such as Iridium, Smalls, The Knitting Factory, 55 Bar, Rockwood Music Hall, Cornelia Street Café).
Both his international performances, recording sessions and teaching masterclasses have been an important source of inspiration for his music and work ever since. In 2010 Bodek moved back to Germany, maintaining a busy working schedule both as a leader and sideman. In the meantime he has been filling vacancies for teaching positions in several universities such as Musikhochschule Köln, Folkwang Musikschule Essen, and Musikhochschule Mannheim.

Since 2013 he has been creating the Centre for Music, Culture and Health in Przesieka (Poland), where he organizes an annual meeting - the international Summer Exchange Festival, drawing people from all cultures, religions and continents which is not only attended by musicians, but also yoga teachers & health practitioners to the beautiful little village in the Giant Mountains / Lower Silesia.

Besides appearances on jazz festivals such as Moers Jazz, Izmir Caz Festivali, Jazzycolors Paris, Jazz Au Chellah Rabat, Jazz from A to Z Almaty, Jazzopen Stuttgart, and concert engagements at The Carnegie Hall, The Kennedy Centre (Washington DC), the Philharmonics of Cologne, Essen, Warsaw und Almaty, the Boulez Saal in Berlin, Bodek performed several times at Schloss Elmau and recorded music for labels such as Universal, ACT, Sony Music, Enja, Melodia, Jazz´n´Arts and Neuklang.
In 2008 he was awarded both the Jazzpreis Baden-Württemberg, Germany’s highest endowed award for jazz musicians and the German Records Critics’ Award. In 2010 he was voted best soloist of the year at the Neuer Deutscher Jazzpreis competition in Mannheim and he won the 1st prize at the 4th International Bucharest Jazz Competition. Bodek was scholarship holder of the Baden-Württemberg Arts Foundation, the Kunststiftung Baden-Württemberg, and the Betty Carter Jazz Ahead in Washington. In 2015 he was awarded with the renowned world-music distinction RUTH, at the TFF Rudolstadt Music Festival, as a part of the multicultural project Eurasians Unity. 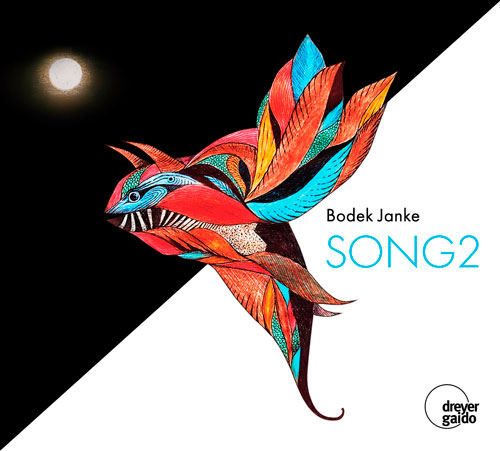 Bodek's current and most ambitious project to date, SONG is a modern and acoustic response to the world of singer-songwriters, pop music culture and their songs - both of recent years and those from the 20th century. A fierce clash of partially opposing musical worlds prepares the creative space for new rhythmic, melodic and harmonic structures, surprising the listener with fresh, new but definitely catchy sounds of an extraordinary drummer, composer and arranger. The format of the "song" itself is, generally speaking, the most accessible kind of music for people - listen and see for yourself on the new release, SONG 2.