Johannes "Jo" Barthelmes (*1953 in Speyer) is a German musician (saxophone, composition) and photographer based in Berlin-Kreuzberg.

After almost 2 decades of an involuntary break and without owning an instrument during this time, the internationally renowned musician finally returns to perform on stage in 2020.

Life & Work
Johannes Barthelmes studied at the „University of Music and Performing Arts“ in Graz, Austria, majored in saxophone.
He has led his own bands since the early 1990s and has performed worldwide (among others) in duo with pianist Uli Lenz, with whom he released the CDs "Konzert der Verlorenen Söhne" and "Trane's Tree".
Before he stopped playing for a long while the following could be read in a review of one of his last concerts: “...his music comes from a place of deep-seated emotions... Johannes Barthelmes does not play the kind of pleasant candle-light dinner jazz that you find quite nice but then quickly forget again…“

Reviews:
Musician and critic Volker Kriegel in the FAZ in 1997: “…Johannes Barthelmes plays a truly awesome tenor, he has a great, powerful sound, a stirring performance, he has fire, technique, ideas…"

The "Jazz Pope" Joachim-Ernst Berendt wrote on 27.02.1992: "Dear Johannes Barthelmes, thank you for your really great duos ("Konzert der Verlorenen Söhne", 1992). It was a coincidence that I heard your music on the same day as Stan Getz' last duo album, and I really felt your music was on a par with it....“ 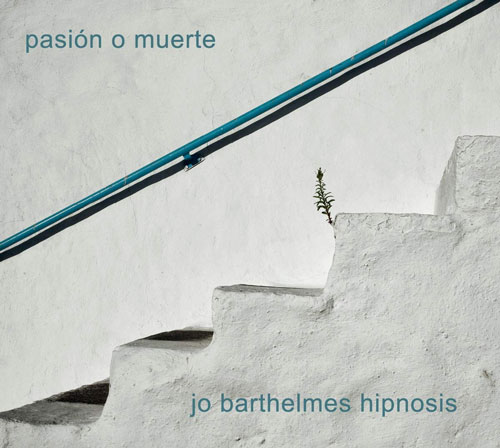 "...excellent, intense comeback album of Johannes Barthelmes. It is amazing how much power, how much brilliance and passion his playing has... "
(Matthias Wegner, Deutschlandradio Kultur 10.05.2021)

Wolf Kampmann writes in JAZZthing (June - August 2021):
"the jazz sensation of this spring is certainly the return of a Berlin scene titan. After 20 years of concentration on other artistic fields, saxophonist Johannes Barthelmes celebrates his comeback. On "PASIÓN O MUERTE" (Unit/Membran) he fires coltranesque power jazz into the universe, fully demonstrating his unwavering brilliance on the saxophone. It feels like he never left."