Translated from Ukrainian, the name of the band means "stork". And this is what the band wants to give to the old Ukrainian songs: new happiness, new colors, a new spring. The songs often consist of only one melody, which is given a tremendous radiance by the voice of Ukrainian jazz singer Viktoria Leléka. They are about work, war, love or women who sell their husbands on the market. Very different musical frameworks are built around the melodies, which let the songs shine in a new light. The band's sound world, ranging from dynamic grooving passages to delicate folk ballad tones, finds a fitting framework in a contemporary jazz language, which the quartet has developed into a varied concept.

The band was founded in spring 2016 in Berlin by Viktoria Leléka. Since then LELÉKA has played several tours and festivals in Germany and Ukraine, released two mini albums and written soundtracks for the Ukrainian historical TV series "There will be humans". The band has already been awarded with the following prizes: Winner at the 6th Global Music Contest creole Berlin (2017), 1st prize at the European Young Jazz Award Burghausen (2018), 2nd prize at the Young Munich Jazz Award (2019) and was included in the book "111 reasons to love jazz" by Ralf Dombrowski.

In September 2021, LELÉKA released her new album "Sonce u Serci", which means "Sun in the Heart" on GLM Fine Music. The main message of the album is to let the inner light shine even in dark times and to find the naive joy to give warmth to all others who don't have it. 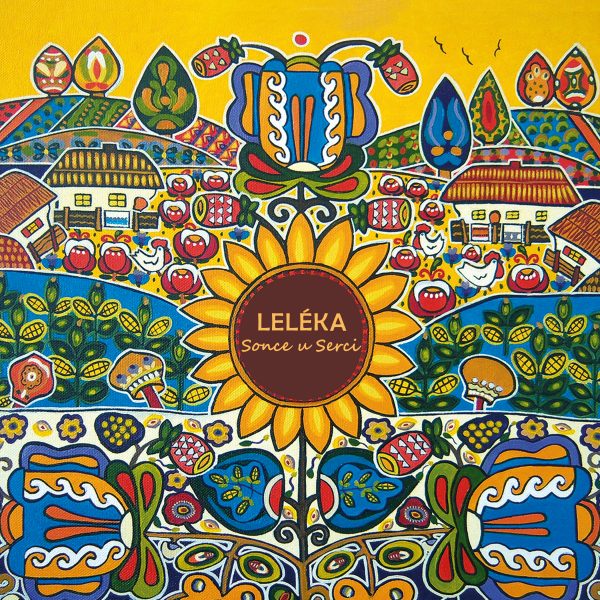 It was a special moment. Burghausen in March 2018, Wackerhalle, LELÉKA entered the stage. The night before, the band had been crowned the winner of the International Young Jazz Competition. Now it could prove that beyond the fireworks of a short concert, the musicians were able to charm an audience in a large hall that did not yet know them. It became a triumph. For Viktoria Leléka and her three comrades-in-arms succeeded in delighting people with songs that had their present in modern jazz, but their roots in the folk music of Ukraine. More competitions soon followed, more successes, and so it became clear that the band, which had come together in Berlin in 2016 and had already shone as a winner at the 6th Global Music Contest creole 2017 in Berlin, claimed a place for itself in the European jazz scene.

Where jazz only partially meets the idea behind the music. It is the creative basis, rhythmically and formally based on improvisational freedom. Harmonically, however, there are chamber jazz and folk elements. Melodically, in articulation and phrasing, Viktoria Leléka clearly and strikingly follows folk music models of her Ukrainian homeland. For her, it is the center of the music, and that is what makes it so radiant. For it is not a matter of coloring, but of connecting traditions, right down to the subtleties of emotion that her voice conveys even beyond language. From the beginning, bassist Thomas Kolarczyk and drummer Jakob Hegner have helped her realize the concept, and since 2019 the pianist Povel Widestrand has also been part of the team of LELÉKA (which, by the way, means "stork" in German, a Ukrainian symbol of spring, happiness).

"And since our previous recordings were actually EPs rather than real albums," Viktoria Leléka tells about the genesis of "Sonce u Serci" (Engl. "Sun in the Heart"), "including the sometimes very improvised result, we wanted to do everything right this time. I wrote many arrangements, we rehearsed a lot. This made it possible to create pieces that reach further into the future." Some are about happiness and love, many draw directly on folk music templates or adapt their esprit. Current topics ranging from concern for nature to the monument to human hubris, Chornobyl, are also part of the repertoire. At the core, however, it is about confidence, musically, atmospherically, conveyed through the power of the melodies and the personalities who dedicate themselves to them. Thus LELÉKA recommends itself as a band with a sound-culture-spanning sense for the intermediate tones of the everyday.