She spent her first years of life with her family in Italy and discovered her great interest in art and music at an early age. She began playing the violin at the age of six. Striffler studied jazz and classical violin in Berlin at the University of the Arts and the Academy of Music "Hanns Eisler" Berlin.

Fabiana Striffler first played in classical ensembles and orchestras before making her mark in the jazz scene. Funded by the Yehudi Menuhin Association from 2013 to 2018, Striffler has been part of the grandiose Andromeda Mega Express Orchestra since 2017. In addition, the 33-year-old Berliner-by-choice has regularly played side by side with Greg Cohen for years.

She has been involved in over 40 studio productions, worked with John Hollenbeck and Kurt Rosenwinkel, Kwabs and Awa Ly, Joey Baron and Anthony Braxton (Jazzfest Berlin 2019), the Afrobeat band Polyversal Souls, and most recently Oscar winner Hildur Guðnadóttir. In 2016, Striffler was hired by British pop band Travis for their album Everything At Once.

In 2017 Fabiana Striffler released the CD Mahogany with Argentine guitarist Quique Sinesi, which was nominated as "Best Album" for the VIA Award of the VUT (Association of Independent Music Entrepreneurs*) 2018. Jazzpodium noted at the time: "A common breath, a sparkling musical gem that captivates from the first sounds." 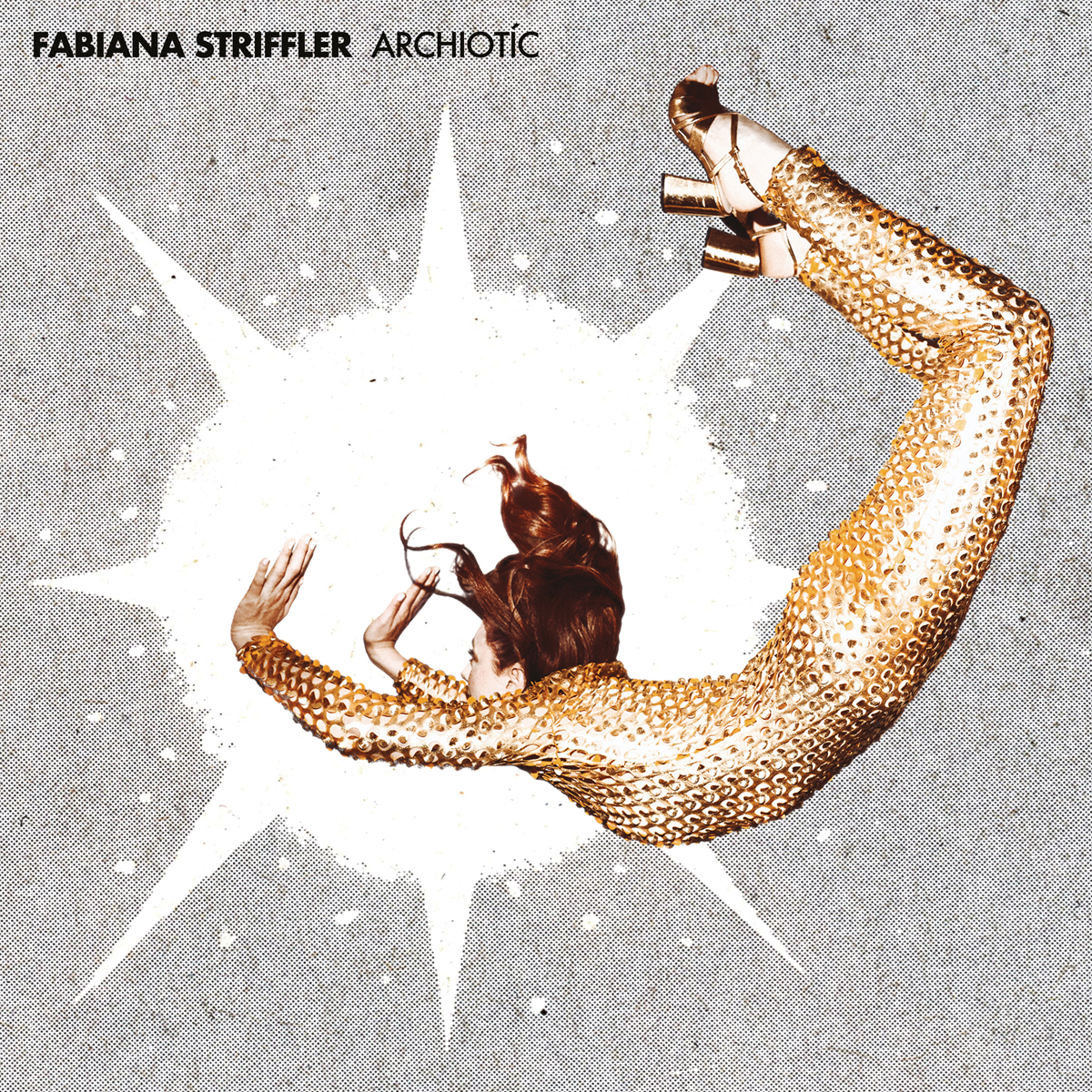 About three years ago Fabiana Striffler amazed the audience and media with her album Sweet And So Solitary. Jazzpodium devoted a double page to the violinist and composer from Berlin, calling her music a "fascinating cosmos of sound," while Deutschlandfunk summed it up: "Stubborn is the entire album of Fabiana Striffler, sometimes demanding and stubborn." Concerto magazine found that "Gustav Mahler might compose such songs if a time machine had catapulted him into the early 21st century: mysteriously radiant, touching and full of unheard sounds." And even in England Striffler met with a response, for example in Hifi Critic: "It takes great skill to make something sound so profound and so grotesque at the same time."

The current album follows on from its predecessor in parts, but in many respects Fabiana Striffler also takes a different path. More consistently than ever, she crosses stylistic boundaries and allows virtuosity and humor to dance around each other in composition and execution in a way rarely heard. A substantial contribution to this is made by the newly assembled band of top-class and immensely flexible musicians. Isolated references to modernists of European classical music (Stravinsky, Bartók) suggest Striffler's multi-faceted violin playing and the no less free-spirited cellist Julia Biłat (Stegreif Orchester et al.), with whom Striffler has been working since 2017. Keyboardist Jörg Hochapfel has been providing quirky surprises for years with his unconventional wit in the genre-busting Andromeda Mega Express Orchestra, and he is also considered an extremely sensitive accompanist - both talents he also displays in Striffler's band. Max Andrzejewski and Paul Santner are among the striking personalities of contemporary jazz, open in many directions, for which the Berlin scene is known throughout Europe. Finally, Striffler's long-term partner Greg Cohen (Tom Waits, John Zorn and others) has left significant traces on the album, especially as a producer.

There is a clear attitude in Striffler's compositions, one could also say a philosophical message. "I want to create something that opens people. In Corona times, the phenomenon of people avoiding each other has increased even more. Already existing fears, for example, of confrontation and loss, of the unknown and other thoughts, were amplified by the real risk of contagion. With my music, I try to create a platform where people can let go. And I want to counter the trend towards alienation and anonymization with something personal."

The fact that there is no singing on Archiotíc - unlike in the past - was not initially planned by Fabiana Striffler. But then an instrumental concept proved to be much more coherent. "It seems to me that the purely instrumental album fits better in these times of information overload. I wanted to create something that leaves more room to spin its own thoughts."

The richness of sound color is enormous even without voices, as is the range and suggestiveness of Striffler's pieces. The album's sweet opener, Maraschino Cherries, seems to balance melodically between circus and Italo-pop (Striffler spent her childhood in Italy), bringing together charmingly smiling jazz bass grooves, whimsical synth chirps and violin pizzicati to do so. The following Chant Of The Earth also lures with a catchy leitmotif, but clearly tends towards Anglo-American folk traditions. The deliberate stringing together of repetitions of the theme criticizes repetitions from advertising and radio and reverses their intention: "Repetition can also mean getting completely involved and focused on something. Chant Of The Earth is meant to be a call to listen to the earth" explains Striffler, "that's why there are the two reprises. The first tells, by means of an unusual double bass guitar, what the planet was like before we existed. And the second depicts the impact of humans on the world: Beauty and Metal Scrap".

The baroque chest organ heard in the fade-out of Chant Of The Earth also plays a role in the album's key work, Invitation To Sin, which immediately follows. "This is my version of Genesis. The piece describes the moment when man ate from the tree of knowledge, learned to reflect and was thrown back on himself in his nakedness," Striffler explains. The voices of the violin, cello and organ represent Eve, Adam and the serpent, while the somewhat errant piano represents disorientation after the Fall and the Expulsion. "When composing, I broke away from traditional harmony theory and instead oriented myself to the incorruptibility of intuition and twelve-tone music. In parts, the piece is even atonal, yet it doesn't sound dissonant." At the end of the album, Memorandum Of Sin picks up the thread once again. "Here I reflect on our need for physical closeness and tenderness in times of isolation through Corona. When it felt like a sin to get too close to another human being." Written for solo chest organ three hands, Memorandum Of Sin figures as "an amputee duo unable to touch."

Dance Of The Elves sounds exactly as one imagines music to that title - a bit spun, also delicate at first, then infused with a magical power that culminates in jazzy playing. The record's title track transports you to imaginary coffeehouses or bars of a bygone era with its South American groove, sultry pop and romantic flirtations, and deliberately nostalgic sound. Similarly effective, though much darker in mood, Enchanted Woods (in the spirit of Ennio Morricone) creates the impression of a mysterious score to which the appropriate scenes are yet to be shot. The next contrast follows immediately, when Dreamy Back Roads takes us back to the USA of the founding era, where the horn of a locomotive, a folk fiddle and a growling bass reveal Striffler's penchant for bluegrass and Americana.

Overall, Fabiana Striffler says her compositions are much clearer this time around than before. "I wrote down quite extensively, but left white spaces in between, where I relied on the intuition of others. The focus was always on statement and feeling." Striffler also becomes passionate when it comes to manipulation by our increasingly digitized environment. "It's paradoxical - algorithms suggest to us that we need what is similar to us. But what's the point? If there is no longer anyone I can discuss things with because everyone has the same opinion as I do, everyone likes the same music as I do, everyone wants the same objects as I do, then all the impetus to think about new things is missing. I'm inspired by people who are completely different from me. That's exactly what you can hear on the album. It's not for purists, but for people who feel like getting involved in something new."