Sophie Abraham, born 1986 in the Netherlands, is a versatile, cellist and musician with a classical education and high quality standards.

She studied concert cello with Rudolf Leopold in Graz and completed her studies with distinction in 2014 with Reinhard Latzko in Vienna.

Due to her great desire for musical-creative border crossings she likes to play in small ensembles, where it is about condensed emergence of music - along the connection of composition, interpretation, improvisation and conception.

Sophie plays her own works in her solo concerts, has performed some programs with the post-classical string quartet the radio.string.quartet, performs with the classical piano trio Frühstück from Viennese classical to modern music and music and raises Austrian traditional music into a contemporary context with the folk violinist Julia Lacherstorfer. 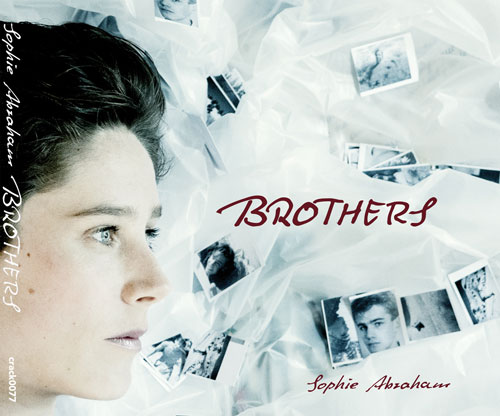 "There are many different time calculations. Ours, others, others that become ours. Some events determine our sense of time so much that there is a before and an after. And after is never the same as before." (Sophie Abraham)

The death of a loved one makes us aware of what life is really about. The view of things changes in a shocking way. Questions about the essence of being arise, one suddenly wants to feel life more. Questions whose motivation is not their answer, but but the search for it. The music brings the memory into the present and here creates an emotional space where it can be preserved and changed again and again at the same time.

Sophie Abraham's first solo album is a courageous step in several respects. After recordings with various ensembles such as radio.string.quartet, the Little Band from Gingerland or Trio Frühstück, the work on her solo album "Brothers", which contains exclusively contains exclusively original compositions, is a different challenge.

Sophie Abraham: "The work on this album is for me comparable to a pilgrimage that you (almost) walk alone. You meet a lot of people but you meet yourself even more often."

At the same time, she deals with one of the most existential themes: death.

For this confrontation, which one can only make individually, she finds expression in her music and invites the audience to participate in it.

"Brothers' is a very personal program: My two brothers died in an avalanche in 1993. The music on my album is heavy at times, but then it pays homage to life in its beauty all the more." (Sophie Abraham)