Chico Pinheiro is a Brazilian guitarist, composer and arranger.

"There are many incredible guitarists out there. On the top of that list, I'd include Chico Pinheiro..."
- PAT METHENY

Two times Grammy nominated guitarist Chico Pinheiro is not only an exceptional guitarist with a wonderful sound and great fluidity, but also a unique composer of originality and maturity, qualities that stand out on all his recordings." His first album 'Meia Noite Meio Dia' (Sony Music/ 2003) was released with great reviews at all the most important newspapers and music magazines in Brazil and abroad, and was included in the 'Top 10 Brazilian albums of the year' in the major newspapers of Brazil: 'O Estado de São Paulo' , 'A Folha de São Paulo' and 'O Globo' - Chico is elected "Instrumentalist of the Year" in Brazil, by Veja Magazine.

The third album, NOVA , was released in dec/ 2007 in collaboration with the american guitarist and composer Anthony Wilson . It was, again, celebrated by critic and audience.

His fourth album, There's a Storm Inside (CT Music Japan/ Sunnyside Records, NY, 2010) was released in 35 countries. It includes guests such as Dianne Reeves and Bob Mintzer, and was featured on the Downbeat, Revista Veja, O Estado de São Paulo, Folha de São Paulo, Jornal O GLOBO and Revista Rolling Stone among the 'best albuns of the year'. This record also won prizes as Brazilian Jazz Album of the year and Best Latin Jazz Composition of 2010 with 'Mamulengo', in the Latin Jazz Corner Association, USA. Chico also won as Best Jazz Guitarist, in the same association, and Veja Magazine elects "Chico Pinheiro & Group at SESC POMPÉIA as the Concert of The Year.

In 2012 he released the CD 'TRIZ', in partnership with the pianist and composer André Mehmari and singer and composer Sergio Santos. The album received highly favorable reviews and was also listed among the best albums of the year. Meanwhile, Chico was chosen three times as a Rising Star in the Guitar category in The DOWNBEAT Magazine - Annual Critics Poll list, along with Julian Lage, Peter Bernstein and Adam Rogers. In 2017 Chico releases "Varanda", a special collaboration project that again was included as 'Best of the year' in all major papers and magazines in Brazil and abroad. His composition "Varanda" is recorded by Vince Mendoza and the WDR Big Band on the Project "Focus on Brazil", along with Milton Nascimento, Edu Lobo, Gilberto Gil, Antonio Carlos Jobim and Villa Lobos.

In 2020 Chico got nominated for a GRAMMY® for his album CITY OF DREAMS, and in the same year is featured as special guest on the GRAMMY® winner album SECRETS ARE THE BEST STORIES, by Kurt Elling and Danilo Perez.

Today Chico is already a remarkable presence in - and outside the Brazilian music scene either as a guitarist, composer or arranger. 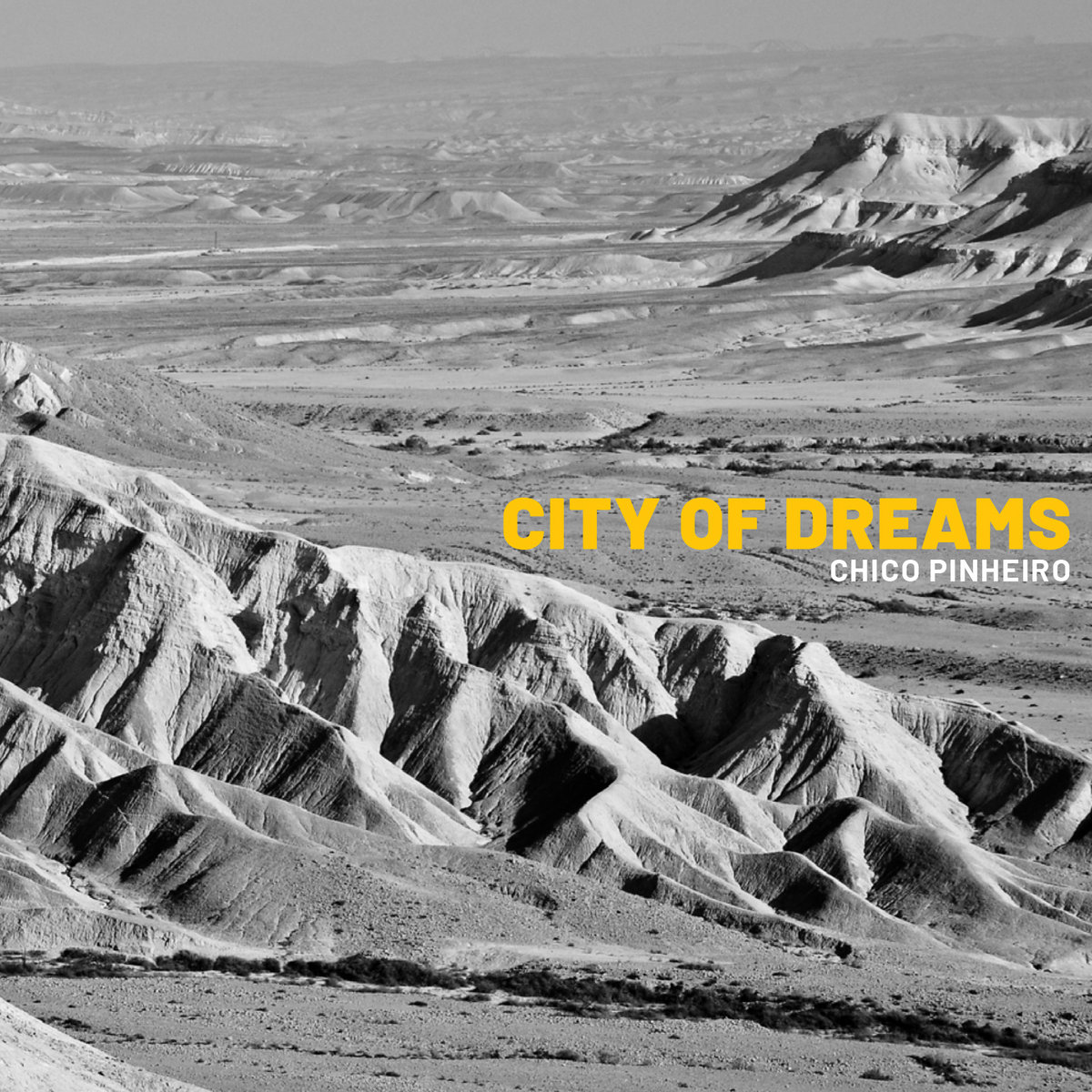 Chico Pinheiro’s album City of Dreams – so appropriately entitled for 2020 – is spectacular and proves that even in a very crowded field [especially for guitarists in Brasil] the prodigiously gifted musician and guitarist has some unique new things to say. Even more to the point is the fact that the fascinating young guitarist says them with complete naturalness, for there is nothing contrived or attention-seeking about his approach to either his instrument or, indeed about his music itself. His traversal of this repertoire whether on electric or acoustic guitar is appealingly elegant, luscious and quite spellbinding for all the right reasons. Raul Da Gama, latinjazznet

... Folksy moods are produced on the acoustic and voiced “Estrada Real” with pretty guitar and piano lines forming a crystalline web on the flowing title tune. I’ve seen Pinheiro in numerous formats, and his stylings mix flexibility of ideas with traditional loyalties in a most attractive way.
George W. Harris, Jazz Weekly