Winner of the IB.SH – Jazz Award and the award for Best Soloist at the Munich Jazz Awards, German guitarist David Grabowski is, as described by the Suddeutsche Zeitung, “a meaningful and sound conscious instrumentalist”. After playing a tour with his quartet feat. bass player Matt Penman in early 2020 he`ll release the duo live album Celebrating Ella Fitzgerald & Joe Pass with vocalist CLEO on September 1st 2020.

David Grabowski is awarded the IB.SH - Jazz Award at the Jazz Baltica in 2018 and is the winner of the Soloist Award at the Munich Jazz Prize in the same year. Ralf Dombrowski describes him in the Süddeutsche Zeitung as a "pointed and sound-conscious instrumentalist".

But the fact that he became a musician was by no means preordained. David Grabowski only made the decision to play an instrument at the age of fourteen, when his school friend played him "Come As You Are" by Nirvana on the guitar. From then on, the passion is ignited and gives the boy, who had previously had only moderate success with girls, new self-confidence and identity.

Today, over a decade later, music is his life. The urgency to express himself artistically is so great that he decided against a career as a high school teacher. David Grabowski plays in numerous bands and successfully composes film music for movie productions, such as the latest Uli Edel film, "Der Club der Singenden Metzger". He has found his musical home in jazz. With his quartet he presents his own compositions, which are often characterized by playful rhythms, explorative harmonies and high improvisational responsibility. Spherical textures and almost meditative sounds create a contrast, a lingering, and are reminiscent of Grabowski's film music.

His album "Land In Sicht", which he produced and released on his own in 2017, is the first stop from which he will now continue. In 2018/19, the band will make guest appearances at the Elbjazz Festival, Jazz Baltica, Husumer Jazztage, Siena Jazz Festival in Italy and play concerts in jazz clubs in Germany, among others. With Béla Meinberg on piano, Christian Müller on bass and Felix Dehmel on drums, David Grabowski unites his favorite musicians and good friends in his band.

2019 will see several tours as well as the production of a second album at the legendary Maarwegstudio in Cologne. In addition, the band will play a tour with the US-American star bassist Matt Penman via the Hamburg-based program "Mixed Generation" in spring 2020. 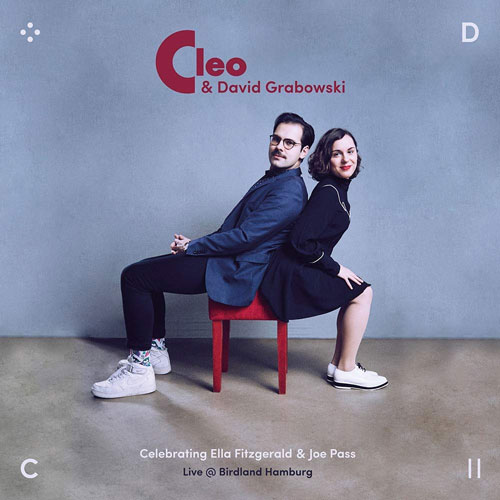 "Cleo and David, vocals and guitar, the "Great American Songbook", duo jazz, recorded live.
A fresh bow to the heroes of this type of lineup: Ella Fitzgerald and Joe Pass. Cleo always intones to the point, with timbre, feeling and time, David accompanies brilliantly and pushes the whole forward with virtuosity, but without pushing himself to the fore. As guest the Hamburg saxophone legend Gabriel Coburger with wonderful tenor and flute sound. This is how duo works! Sit down, listen, enjoy- and please more of it!" Review Ingolf Burkhardt (NDR-BigBand)