Magnus Mehl is a saxophonist and composer.
He studied Jazzsaxophon in Amsterdam, Köln, Nürnberg and Stuttgart. In addition to that he lived and studied in New York City on a full scholarship of the DAAD (German federal exchange service). He graduated summa cum laude.
Over the years Magnus Mehl has played in the youth Jazzorchestras of the German states Baden-Württemberg, Bavaria and North Rhine-Westphalia. Furthermore, he was a member of the German national youth Jazzorchestra lead by Peter Herbolzheimer. With various bands and ensembles he won 1st prices at renowned international Jazzawards in Spain and Italy (int. Getxo Jazzcontest, int. Jimmy Woode Award), and a 2nd price at the int. Hoilaart Jazzcontest in Belgium.
Magnus Mehl was a finalist of the int. Yamaha saxophone competition and was awarded the price “best saxophone player of the competition” at the int. Jimmy Woode Award.
Concert tours led him to Asia (Cambodia, Laos, Vietnam, Malaysia), Middle America (Panama, Honduras, Nicaragua, San Salvador, Costa Rica) and to many European countries (Spain, Serbia, Italy etc.).
In cooperation with „Goethe Institut“, Magnus Mehl performed at jazz festivals abroad and worked as a lecturer at jazz workshops.
He is holding the cultural price of his hometown Rottweil (“Kulturförderpreis”) and a scholarship of the “Kunststiftung Baden-Württemberg” (Fine Arts Foundation of the German state Baden-Württemberg).
Magnus Mehl had the pleasure to perform with Paquito de Riviera, Randy Brecker, Buster Cooper, Antonio Hart, Sandy Patton, Mark Soskin, Klaus Graf, Jake Saslow, Nils Wogram, the german actress Katja Riemann, Frank Chastenier etc.
In 2015 Magnus was awarded with the renowed "Jazzpreis des Landes Baden-Württemberg". 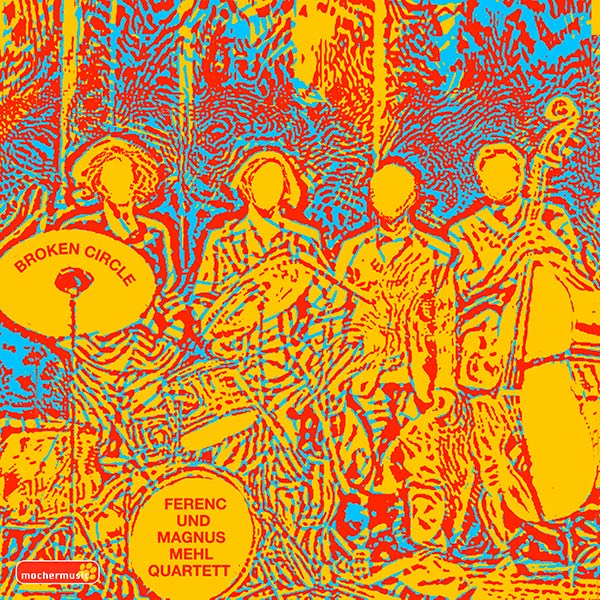 "When Stuttgart saxophonist Magnus Mehl sets in, an unconditional passion for jazz speaks from each of his notes - this makes his multifaceted, blazing playing tremendously infectious. He has a congenial partner in his brother Ferenc, who swirls, drives and shapes on drums and cymbals. With their quartet, which they call FUMMQ for short, they have now recorded an album in the legendary MPS studio in Villingen that stands out. Magnus Mehl's playing explodes eruptively in "Coupe to Moscow", it glows in artfully modulated scales in "Traumtänzer", it glides along in a hypnotic maelstrom in "Smooth". Like an echo, guitarist Martin Schulte picks up balls with a bell-clear guitar sound and plays them back ("Broken Circle"), chases synchronously through wild bop scales or embellishes lyrically. Fedor Ruskuc on double bass provides the rhythmic backbone and is far more than just an accompanist."
Source Bernd Haasis - Jazz CD of the Week - Stuttgarter Zeitung 2018