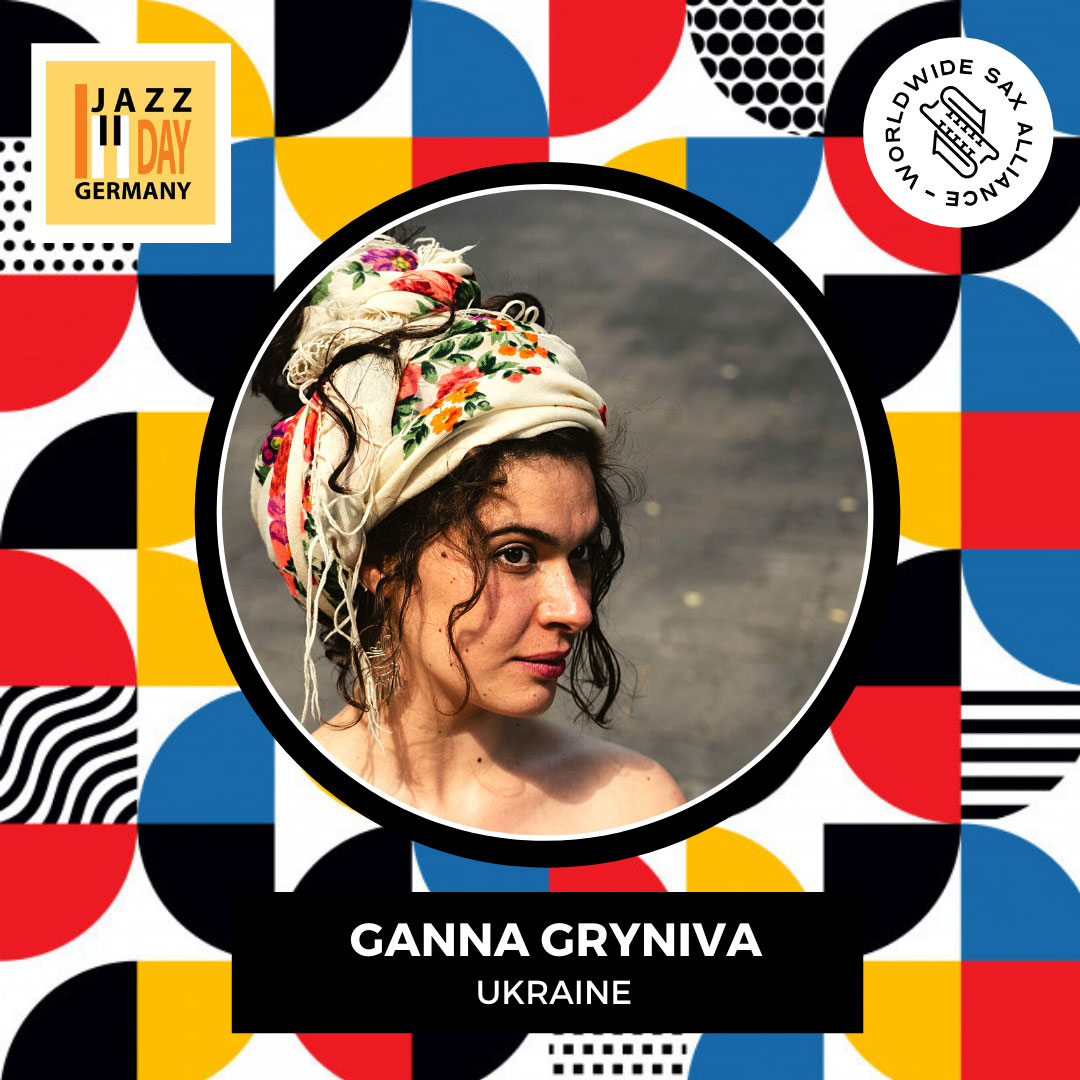 Ganna Gryniva is a Ukrainian (*04.07.1989) singer, pianist and composer living in Germany.

Raised in Ukraine and Germany, Ganna is looking for ways to express her different cultural roots. Her work as a bandleader and composer combines musical worlds from jazz to Ukrainian folk to classical and experimental music.

Among the most important events in her professional career are the Germany-wide tour with GANNA in April 2018, which was sponsored by the Berlin Senate for Culture and Europe, guest appearances as a soloist at the Gewandhaus Leipzig and Kaisersaal Erfurt, the performance at the UNISA Voice Competition in Pretoria (South Africa) and the subsequent tour of South Africa. In January 2017, Ganna was invited as a singer and composer for the international project CHAUD! to write music for a jazz orchestra under the direction of prominent composer and conductor Christoph Cech. This was followed by an album production and a tour in Germany, Austria and Switzerland. In the same year, Ganna received several awards from the "Gesellschaft der Freunde und Förderer der Hochschule für Musik FRANZ LISZT Weimar e.V.". In August 2016, Ganna became a finalist at the international Voicingers competition in Zory, Poland. GANNA's debut release tour in April 2016 was also funded by the Berlin Senate for Culture and Europe.

Ganna is currently pursuing her BA in Improvised Singing at the Franz Liszt Academy of Music in Weimar, Germany, where she studied with Michael Schiefel, Jeff Cascaro and Frank Moebus. She holds a Bachelor of Arts in Philosophy from the University of Leipzig and is a DAAD scholar.